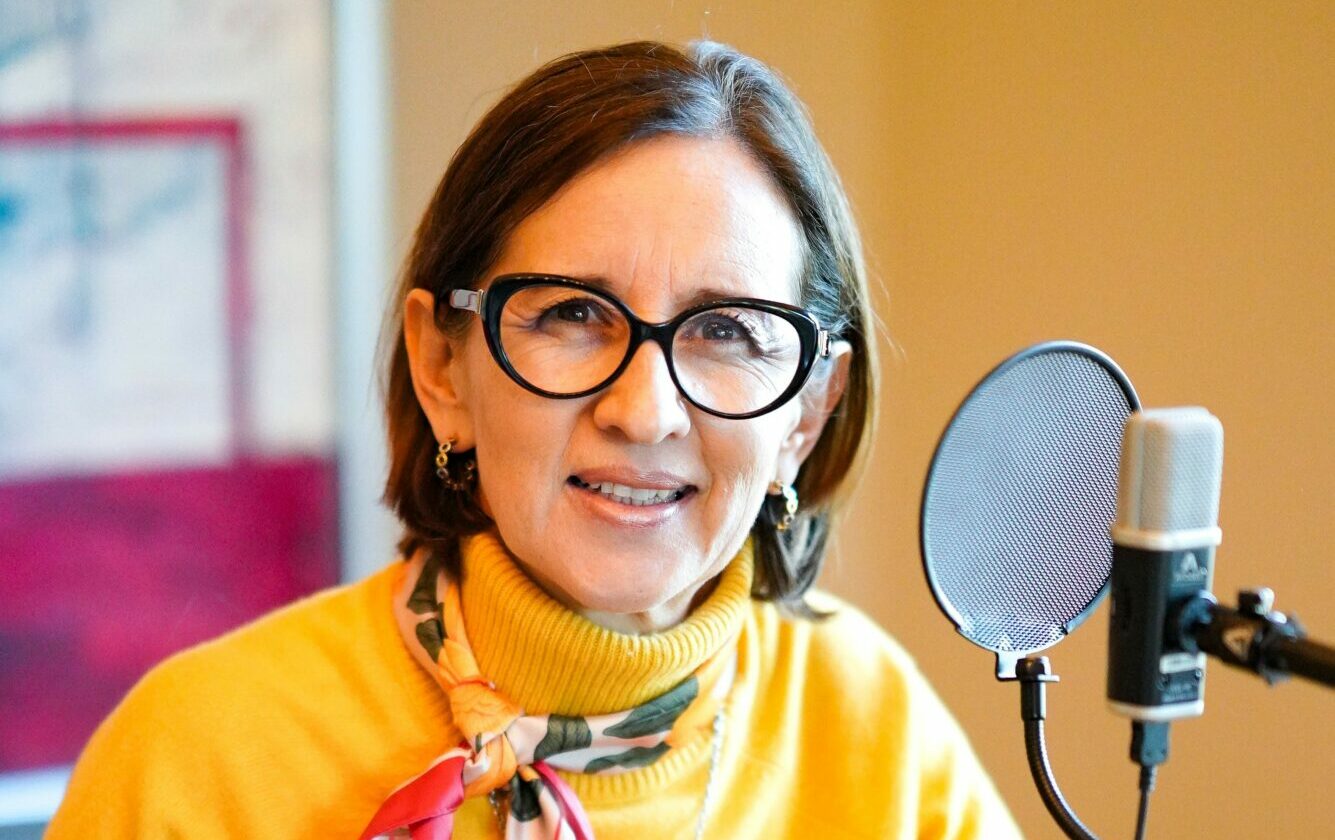 Today we’d like to introduce you to Adriana Pacheco.

Hi Adriana, thanks for joining us today. We’d love for you to start by introducing yourself.
I am a doctor in Spanish American literature that interviews women writers from all around the Spanish speaking world, as well as Spanish heritage writers living in the United States. I wish to help people with Hispanic roots preserve their heritage language, and I provide a platform for those who want to learn Spanish, the second language spoken in Texas and the United States. And for those not willing or able to speak Spanish but curious about books published in other languages and cultures, I promote the translation of some of the most amazing literature in print today: the work of women that write in Spanish.

My story is an example that life never comes easy and that things rarely happen in the order you expect; that you just have to keep going, without taking shortcuts, and that everything is possible with the support of a great husband and a great family.

With only a high school education, when I was 22, I founded Casa del Sol (House of the Sun), the first privately run house for orphans and abused children in Puebla, Mexico, my hometown. Many years later, I graduated with a PhD in Literature from the Spanish and Portuguese Department at the University of Texas in Austin at the age of 52, and by then I had three sons, one daughter, three daughters in law, and a husband. I started Hablemos, escritoras (Women writers, let’s have a conversation), which is the first podcast focused exclusively on women writing in Spanish. This is now accompanied by what is the most comprehensive encyclopedia cataloguing the biographies and works of these talented women, the translators that make their work available in other languages, and the imprints that publish them. After the birth of my third granddaughter, I opened Shop Escritoras, the first online bookstore in the United States that features the work of women writers that write in Spanish. I have enjoyed seeing the works of these great writers spread because of my projects, and I also like knowing that I am fostering a love for books, language, and curiosity in the next generation of my family.

Alright, so let’s dig a little deeper into the story – has it been an easy path overall and if not, what were the challenges you’ve had to overcome?
The journey hasn’t been easy, but it has been worth it. In 2009, I was accepted at UT to study a PhD in Literature. It was a dream come true. In 2011, after I saw at the university how many students of Hispanic heritage couldn’t speak Spanish anymore and that many American students want to learn and practice this language, I began writing bilingual books for children, which we accompanied with audio tracks in both languages and published through a little publishing house we started. The books tell the adventures of two kids, Pedro and Margarita, which you can read side by side in both languages. In the audio tracks, you can hear the beautiful voice of my daughter in English while I read in Spanish. I loved that mother-daughter project.

At around the same time, I became a fan of Fresh Air by Terry Gross on NPR, which I listened to during my commute to the university. I loved her deep interviews of famous writers and thinkers, and I must say that much of my knowledge of American contemporary literature and society come from her. One of my dreams is to meet her one day and tell her in person that she inspired what I do today.

One day, while talking about ways to make more visible the amazing work of women that write in Spanish and knowing about my admiration for Terry Gross, my husband suggested that I start a podcast and in 2018 we launched Hablemos escritoras and everything snowballed from there. It seemed that we were in the right place at the right time putting forward a needed conversation. We became pioneers in the field. Ours was probably the first podcast focusing on literature in Spanish women writers. Today we are a team of twelve volunteers and collaborators. We have recorded more that 300 episodes with interviews and book reviews that air twice a week and with hundreds of thousands of plays in more than 50 countries in the world.

Our website, HablemosEscritoras.com, developed in parallel with the podcast, not only as a repository for all the episodes we have produced, is a multi-faceted interactive platform allowing the discovery of women writing in Spanish today, their works, those who translated them, and those who publish them. Our encyclopedia has information on almost 1,000 writers at this point.

In 2021 we open Shop Escritoras, our online bookstore for the American market, because of emails and messages from our followers asking where to find the books of the writers we interview. Now, we carry hundreds of fiction, history, children’s books, criticism, social sciences in Spanish, bilingual and translated to English from more than 40 publishing houses from all over the Spanish speaking world and the United States.

Furthering our mission, we will soon start publishing audiobooks by the writers that we interview and eventually their translations.

So far, this has all been a labor of love, and we know our work is of sufficient cultural and education significance to merit funding by institutions supporting the arts and the humanities. We know what we need to do —a new website in both languages, more books translations, pay our collaborators, record more podcasts and make more writers visible. In 2022 we plan to actively seek support to reach a new audiences and to help universities, schools and literary promoters.

Thanks for sharing that. So, maybe next you can tell us a bit more about your work?
According to PEW Research, the U. S Hispanic population reached 62.1 million in 2020, an increase of 23% over the previous decade. In Texas, the Hispanic population has grown 39 percent since 2020. This has impacted buying power, education and also the reading behavior and interests of readers. In general, in the United States, we have seen important growth in publishing more books in Spanish and in the importation of books coming from Spanish speaking countries.

We are living in an important shift in the interest of reading and education, and we want to be ahead of it and to help in all the ways we can. More people want to learn Spanish, more schools are teaching Spanish, more libraries are expanding their catalogues with authors in Spanish, and more people are reading books translated from Spanish.

What sort of changes are you expecting over the next 5-10 years?
Books can be expensive, especially those imported from countries like Spain, Argentina, Bolivia, Mexico, El Salvador, and even from the United States. Shop Escritoras knows that, so we decided to lower prices, to have free shipping to all the United States and frequent promotions and discounts. We send books to all over the country and with the help of teachers, families, librarians, schools, universities, writers, and publishers, we want to cover all of it and to have more readers of the books of this amazing writers and more listeners to our podcast. 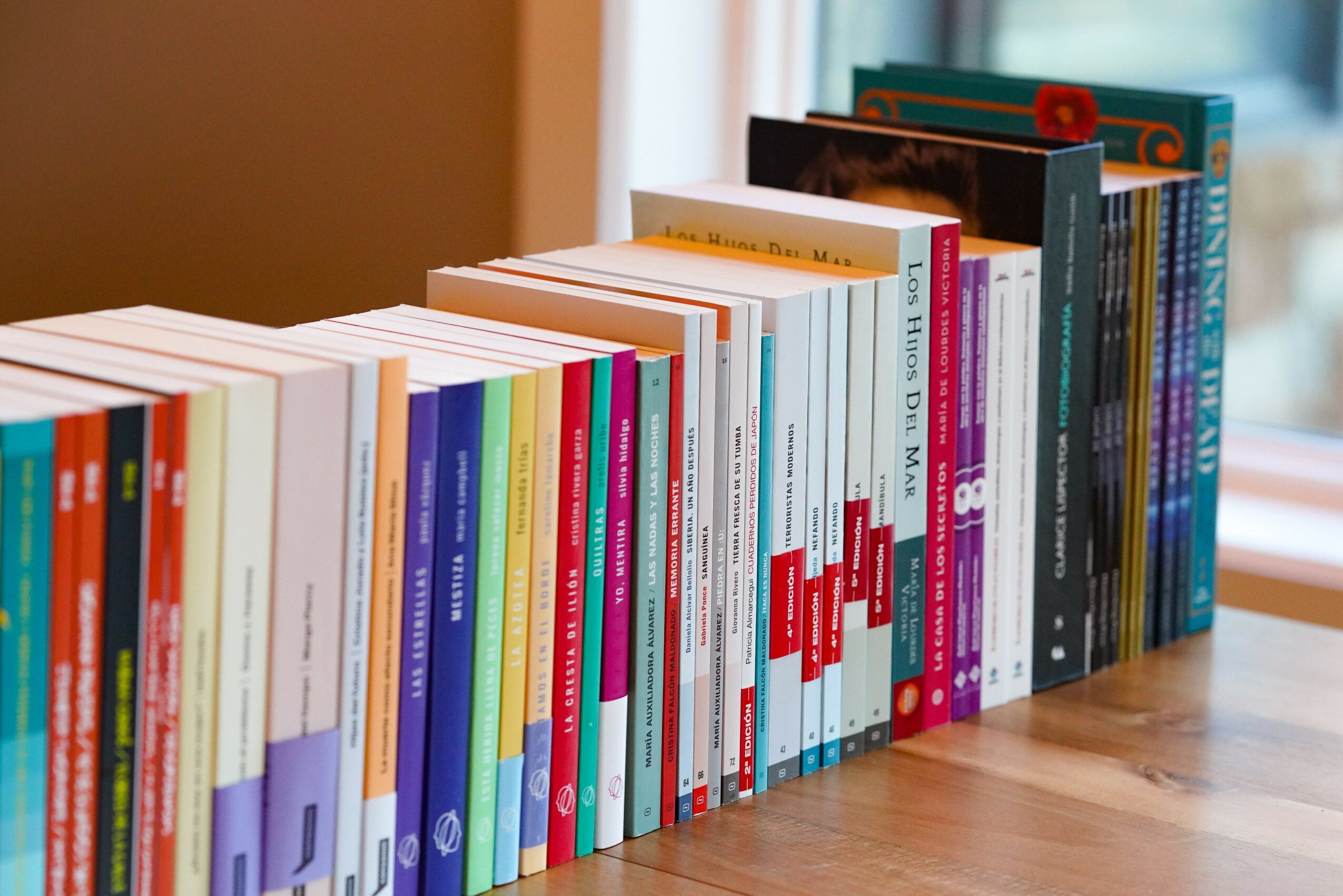 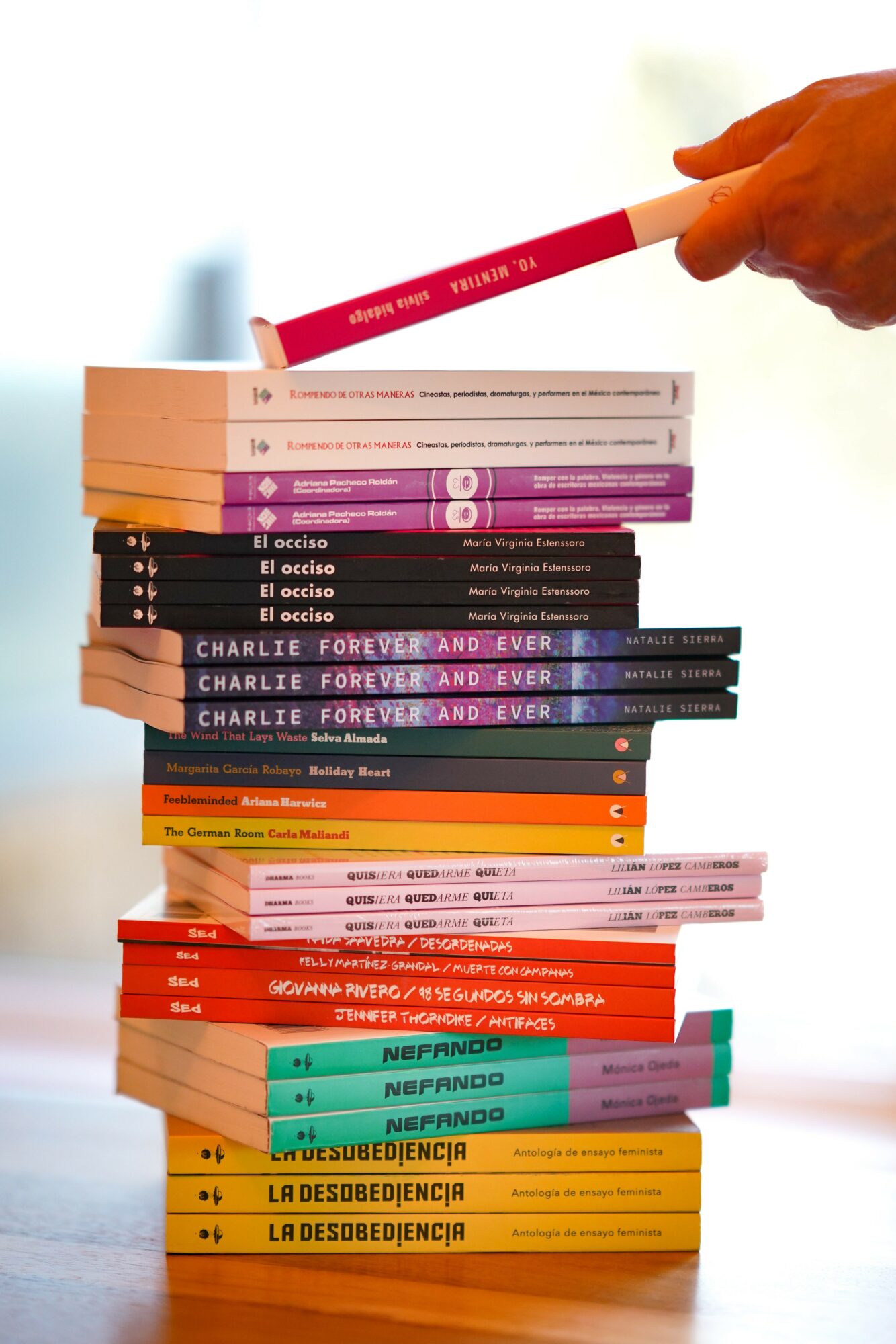 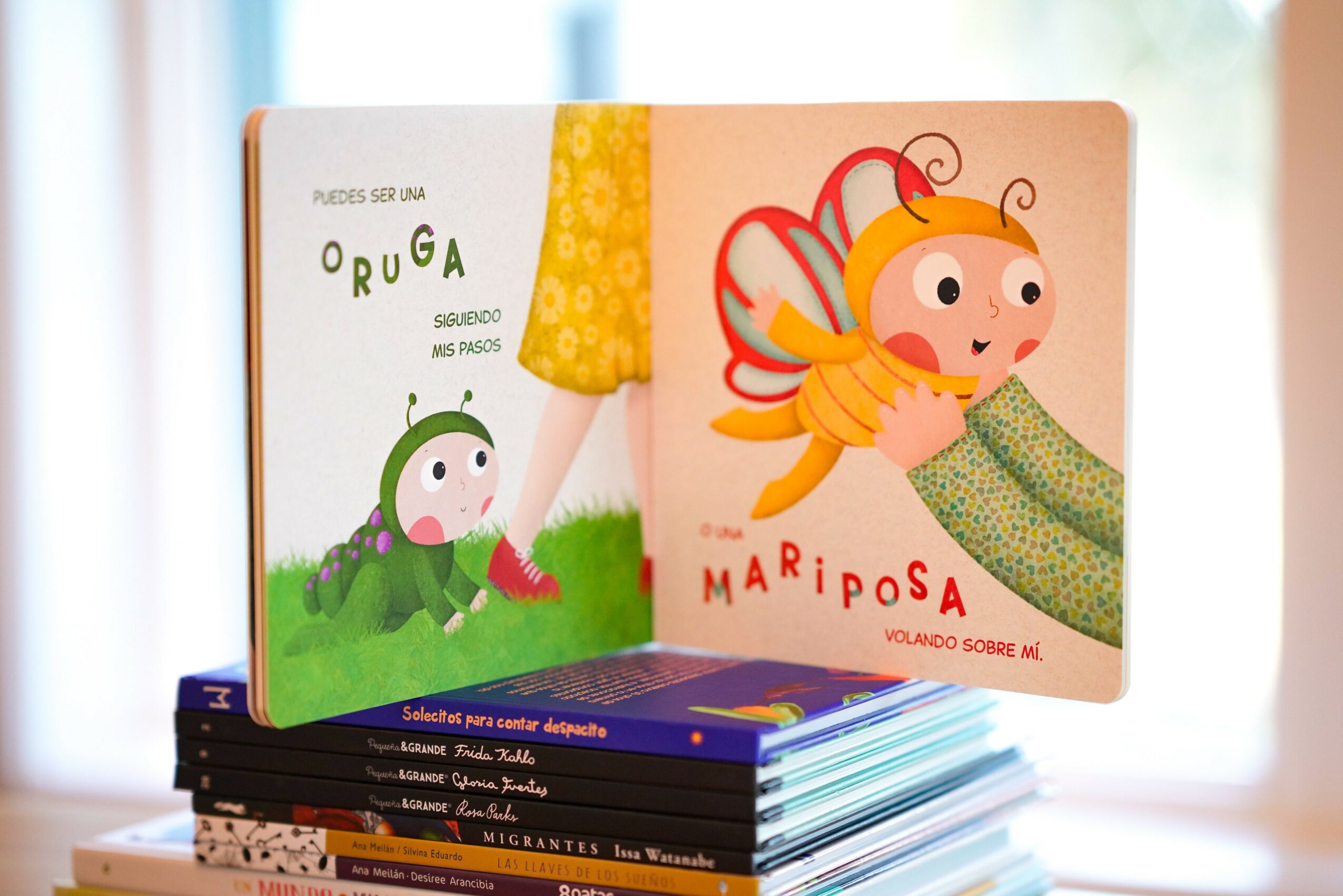 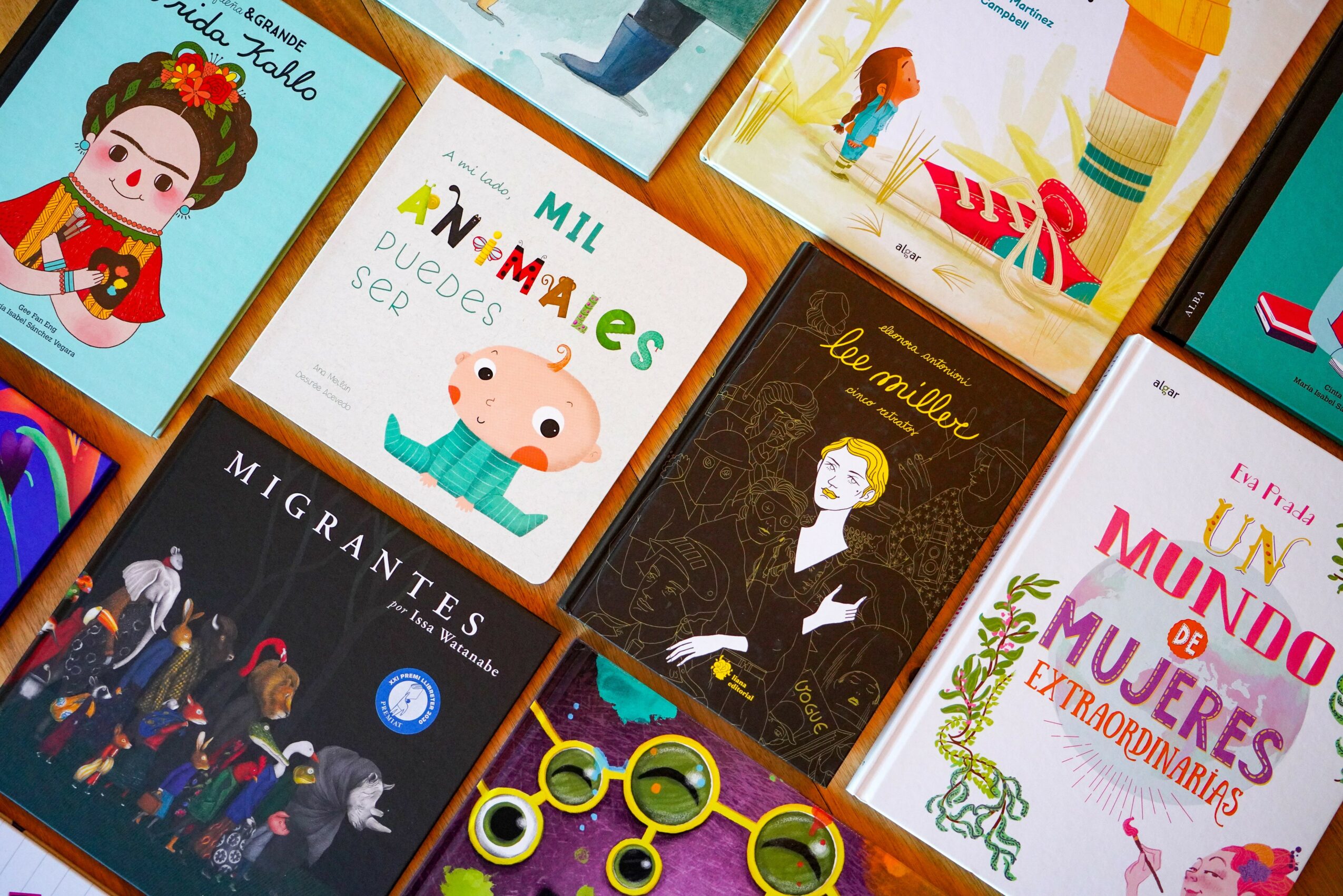 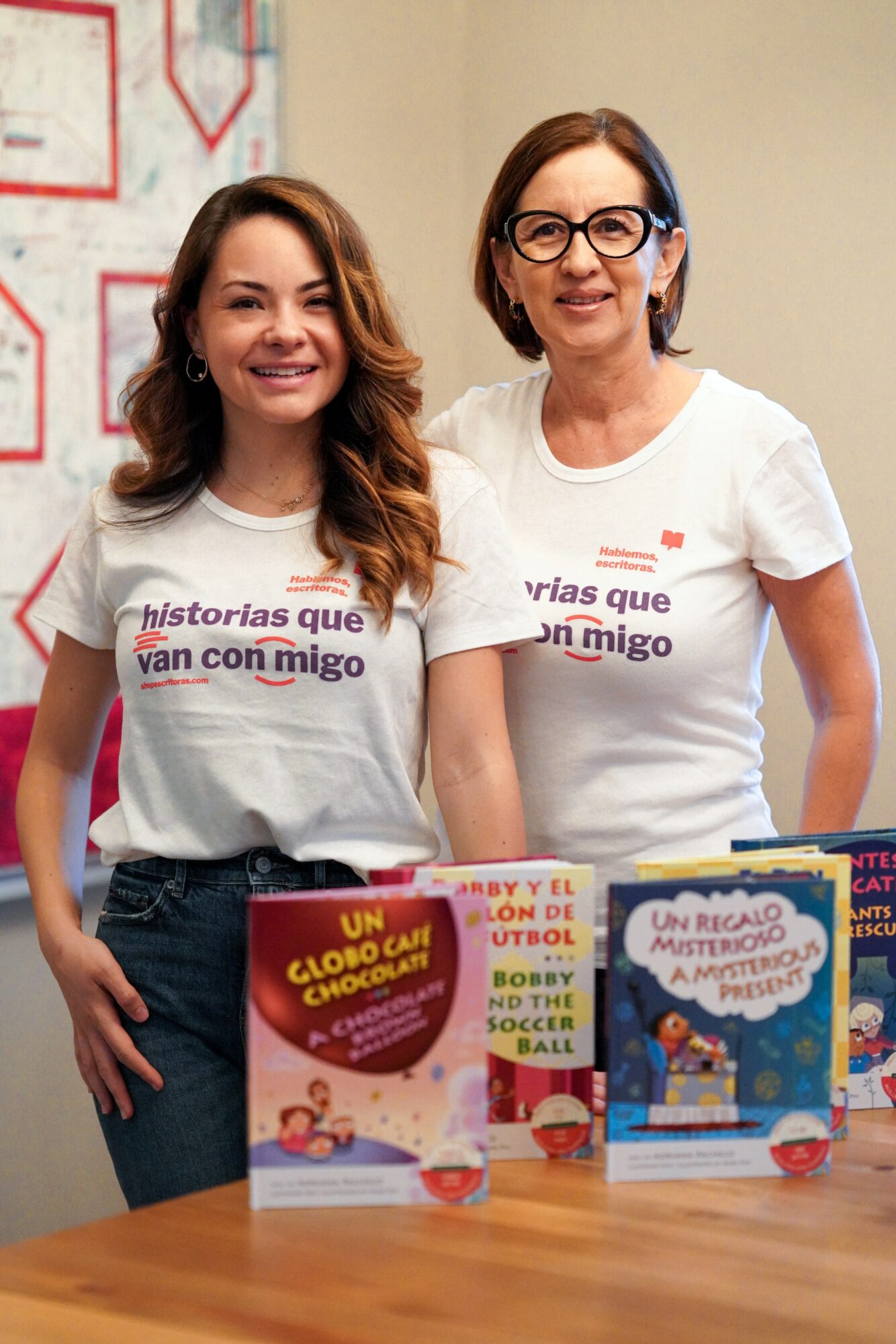 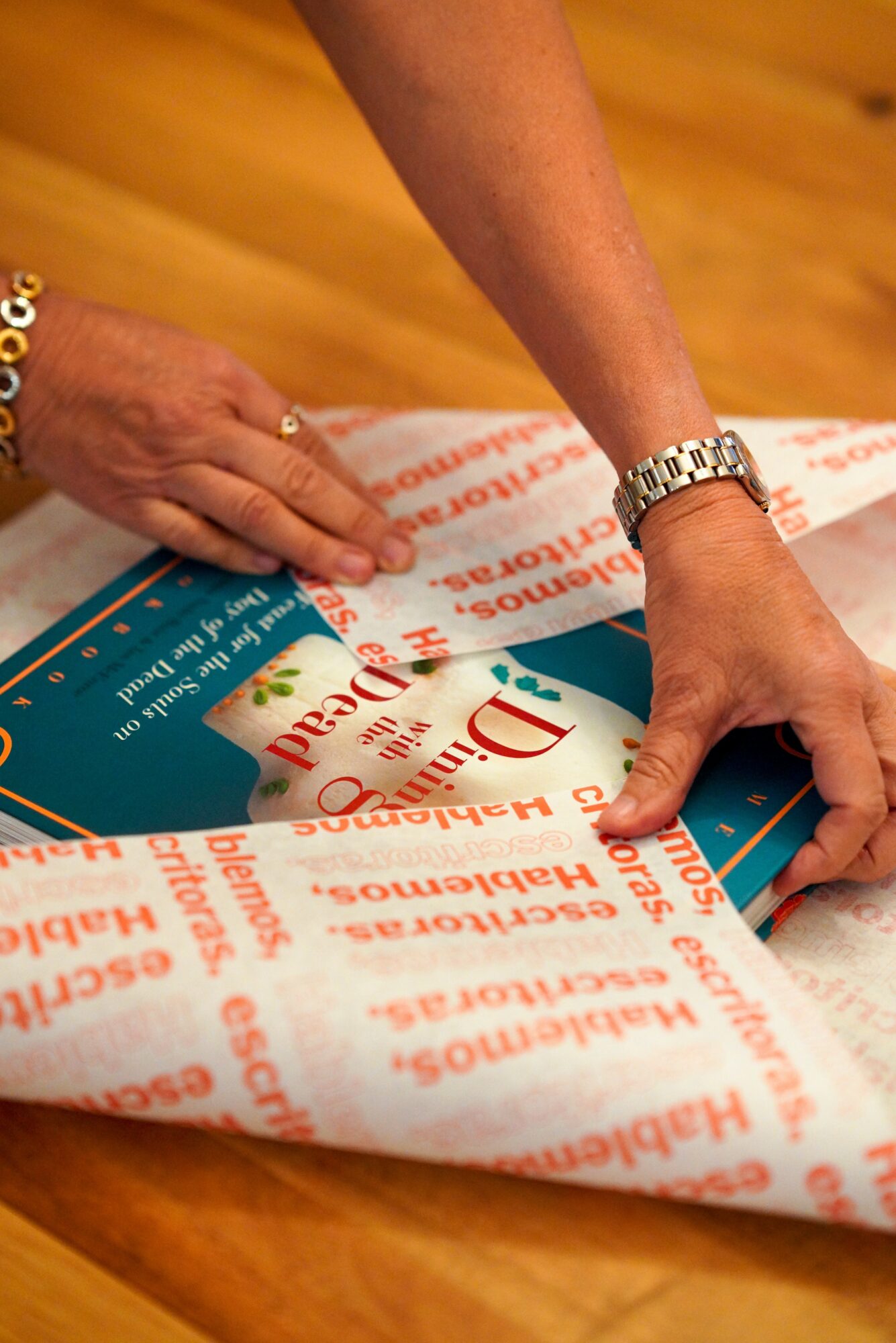 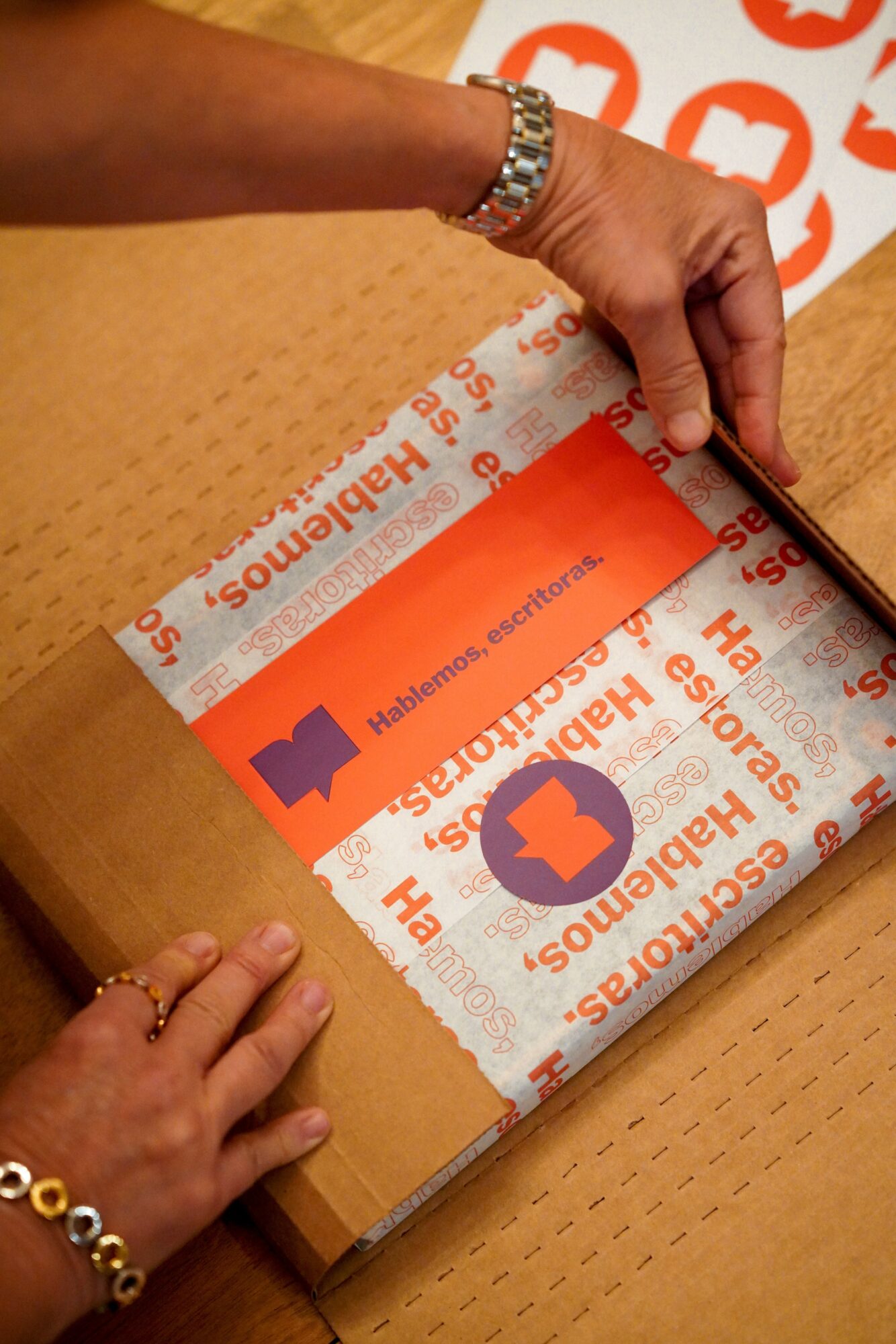 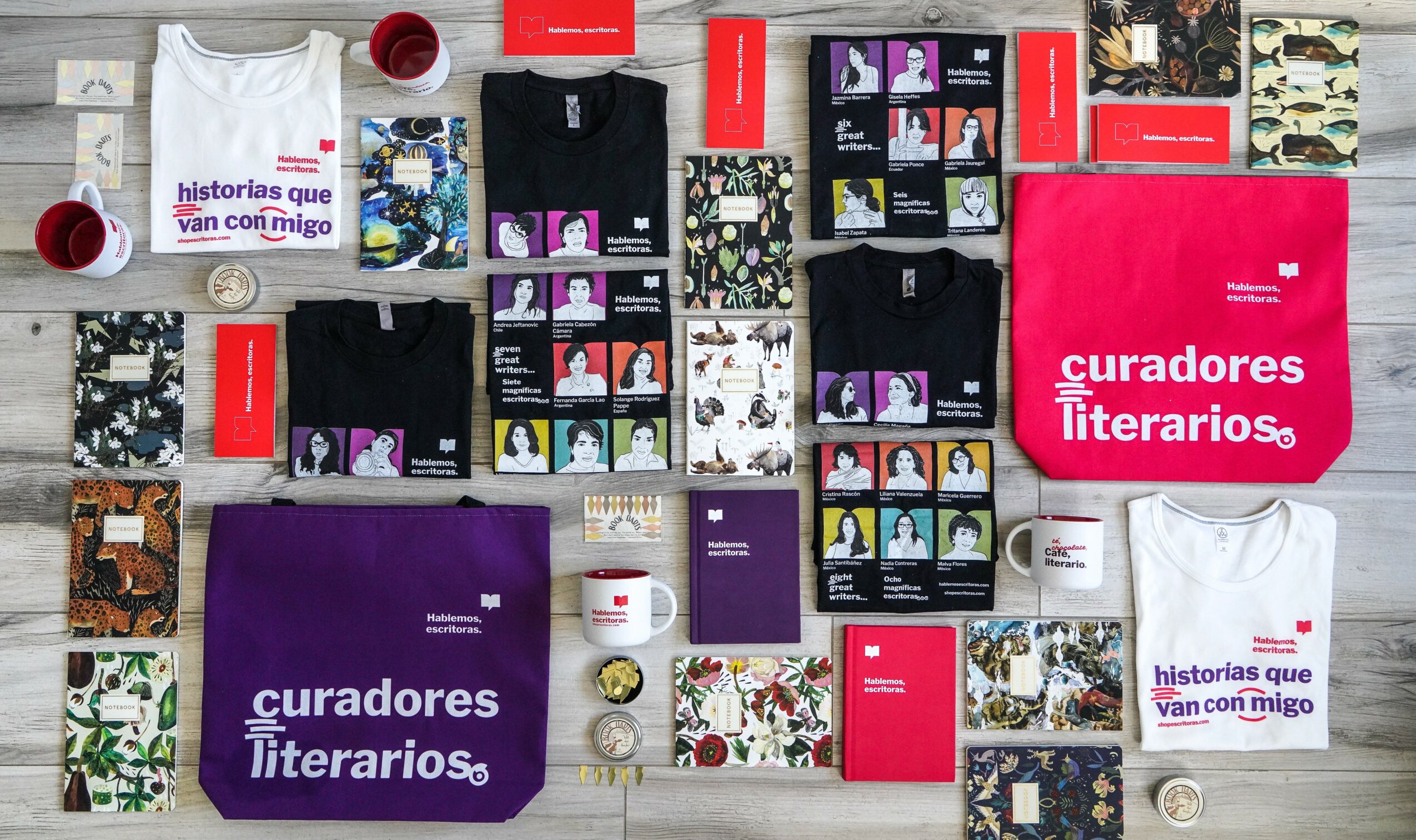