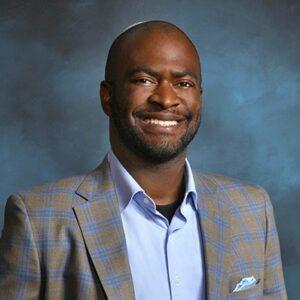 Today we’d like to introduce you to Jonathan Dade.

Hi Jonathan, please kick things off for us with an introduction to yourself and your story.
With a childhood goal to be a Navy SEAL and Neurosurgeon, I pursued a Bachelor’s Degree in Biology and served six years in the U.S. Navy. I soon found this was not God’s calling for my life. Recruiters sought after me and welcomed me into PepsiCo as an Operations Manager. I quickly climbed the corporate ladder by pursuing a Master in Business (MBA) but found that was not God’s plan either. An upward career move to Michelin, North America, the second-largest tire manufacturer in the world brought me to Austin Texas, but God made it clear I needed to prepare for kingdom building rather than corporate building by pursuing a Master of Theology Degree (MTS). During the program, my mission was given – be the faith leader who reintroduces Judeo Christian values to the world. The good, bad, and ugly parts of my life were preparation for almost overwhelming spiritual warfare, wherein I now serve as (1) Senior Rabbi to the congregation I planted in 2013 (Messiah Echad), (2) Chief Executive Officer to the faith-based consulting organization I planted in 2012 (RLB Echad), and (3) a chaplain to various law enforcement and veteran service organizations around the world.

On a more personal level, I met my wife Melinda at a Bible conference in 2004, though it took us another five years to get committed and married. Our two foster to adopt kiddos Karissa (born 2011) and Tristen (born 2012) came into our life in 2015, when they were 3 and 2 respectively. We also have a Rhodesian Ridgeback (Chaya), toy Maltese (Leah), and a flock of mostly Buff Orpington chickens. Outside of my unifying work with Messiah Echad and RLB Echad, I enjoy road cycling, target shooting, and visiting local wineries, usually— safely—in that order. Melinda on the other hand fancies DoTerra Essential Oils, art, reading, and teaching younger women. And together, we enjoy camping, canoeing, cycling, foster-adopt discussions, and WineShop At Home Parties.

We all face challenges, but looking back would you describe it as a relatively smooth road?
Albeit blessed, life has definitely not been a smooth road, and that is why the subtitle of my book (The Church and The Community) reads “25 Life Realizations from a black veteran who overcame racial prejudices, anxiety, and thoughts of suicide to become very successful in business, ministry, and life”. My friends also chide with me about that being the longest subtitle they have ever seen but the book has sold well, helped a lot of people, and is an accurate summary of my struggles. And of all the things I have had to overcome over the years, I would say the intersection of being black and a rabbi while also in a mixed-interracial family, living in central Texas. Like imagine stereotypes and racism and bizarre encounters but on steroids.

And then if that was not enough, I decided to run for Mayor of Georgetown, and although I did not win (got around 30% of the vote), it was the experience of a lifetime, and I would not trade the lessons learned, for the world! Also, the process of being involved politically is something I recommend to everyone, even if it is as simple as voting or attending city council meetings. I myself take it one step further by working with Gov. Abbott (I am invited to his mansion a few times a year and have been considered for an appointment), and I also make it a point to stay close with my other State, County, and City leaders.

Thanks – so what else should our readers know about your work and what you’re currently focused on?
While professionally I am a Rabbi and Author, known for my charismatic speaking abilities and entrepreneurial spirit, what sets me apart from others is rising above my own needs and emotions to take care of others. Volunteerism is one thing, but often people do it to check a “good will” box. And one does not want to take care of others as a way of coping with the fact that their own needs are unaddressed. Rather, I work hard to handle my own issues and needs and wants to better equip me for long-term and rewarding service to others. A perfect example is the devastating news that we would probably not be able to have children naturally, but standing by my wife and affirming she could be a mother, through foster-adopt children that biologically already were birthed, but in every other sense of the word, needed a mom. Of course, there are days when I wish I had passed along my genes to my future generation, or maybe wished I could have bonded with our children since infancy… in setting aside myself and rising above, we did something good in this world.

What were you like growing up?
As the middle of five children of color, growing up in predominately white neighborhoods in southern California, I would say my personality growing up was unique, for sure. I played the violin, enjoyed chess, aced most all my classes, rarely got in trouble, and decided in the third grade I wanted to be a neurosurgeon like Dr. Ben Carson. Interestingly though, I also decided I wanted to be a Navy SEAL (I know, the two don’t go together) but ultimately this meant I would spare myself from just being a nerd who got beat up all the time. I was a determined athlete who became a four years varsity cross country runner and state bound wrestler. Add in being an extrovert and a self-proclaimed “prince charming”, I did not exactly date the most popular girls but I did at least get their attention. 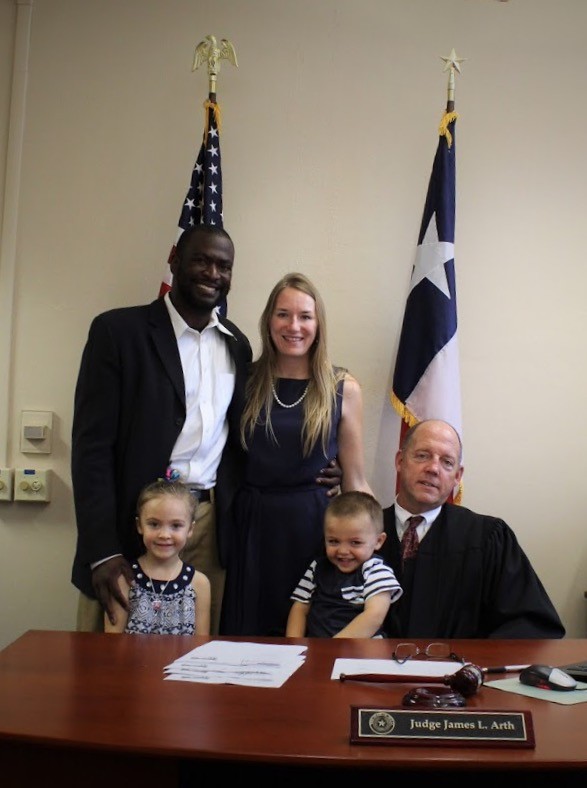 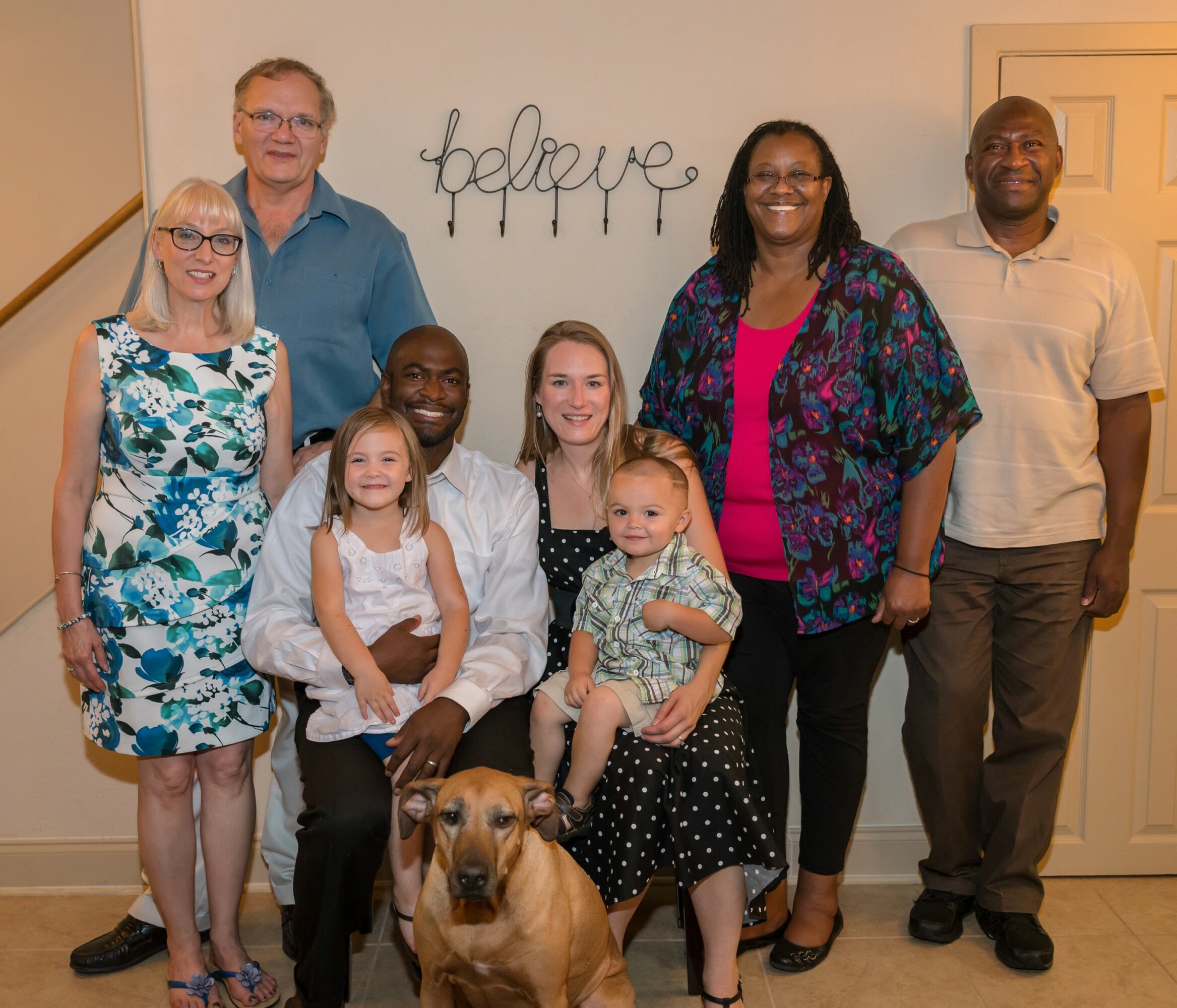 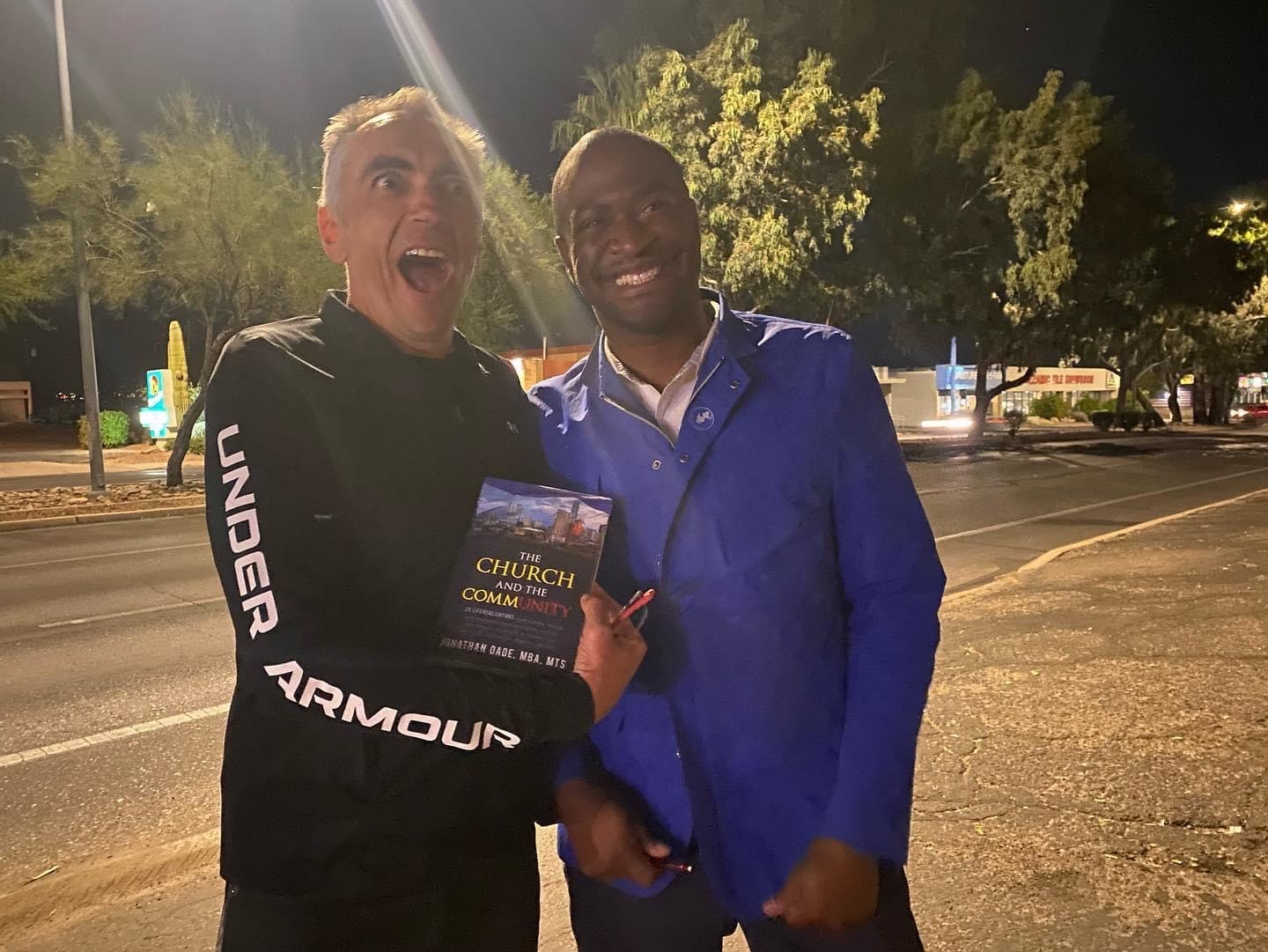 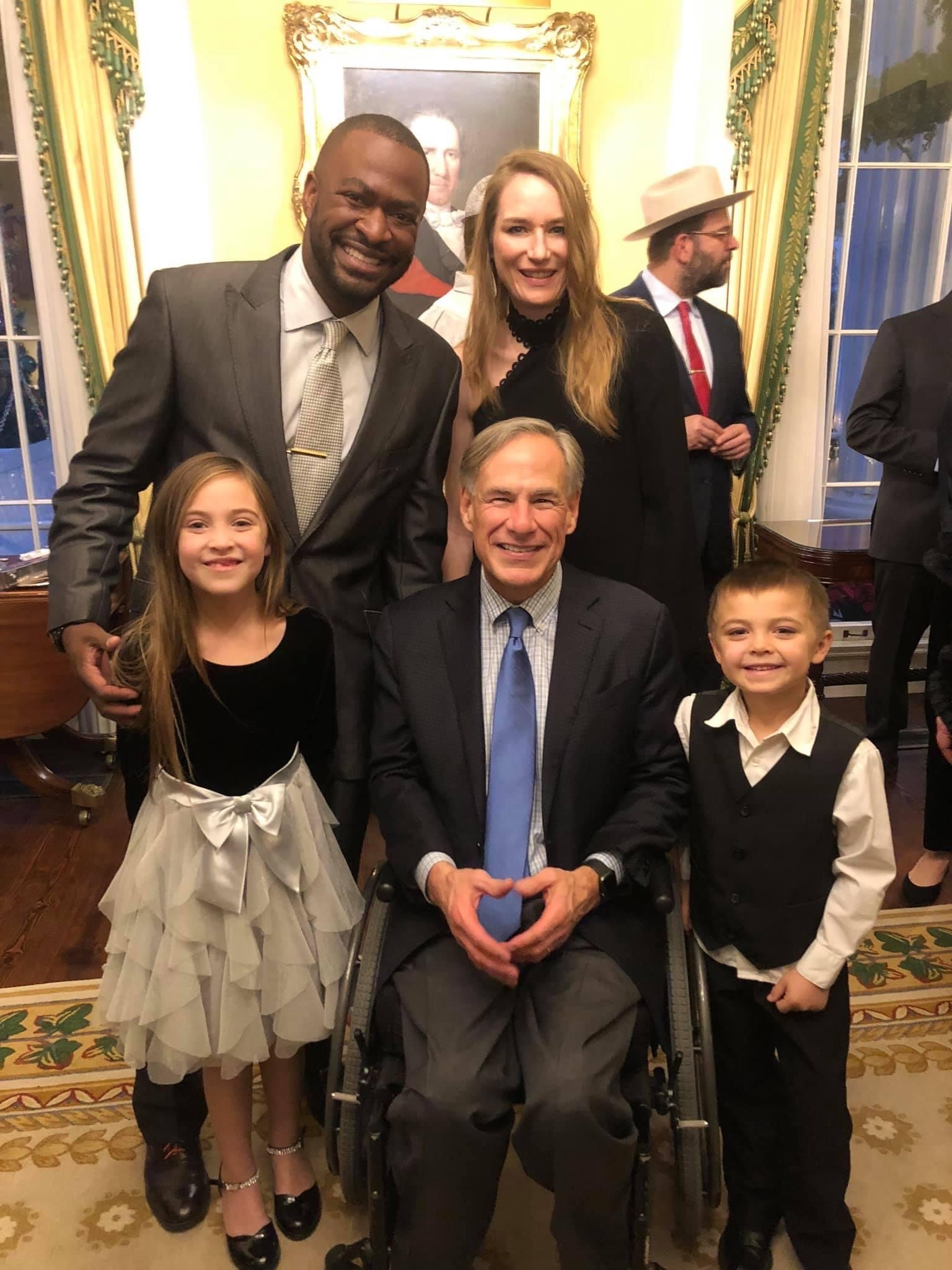 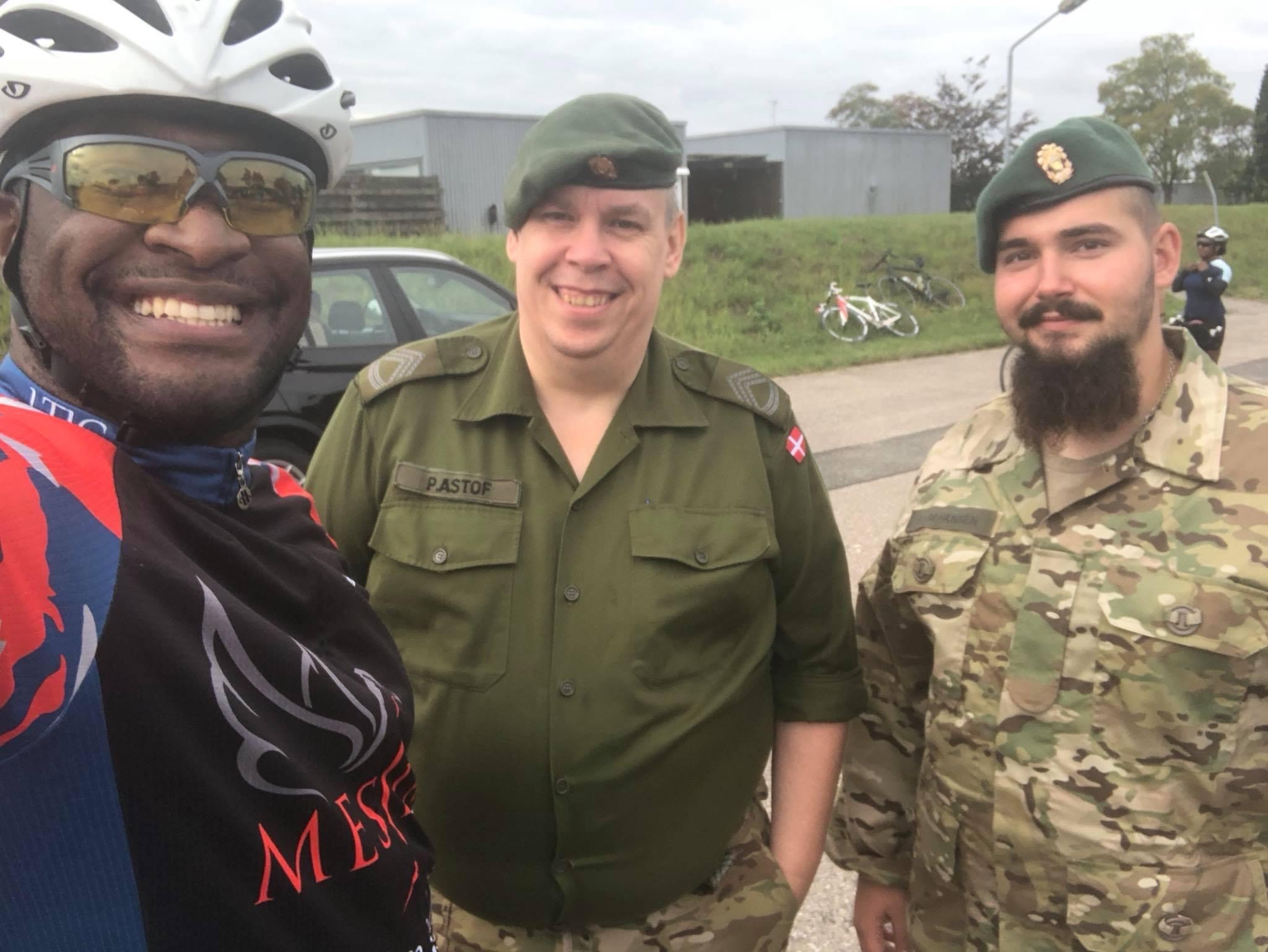 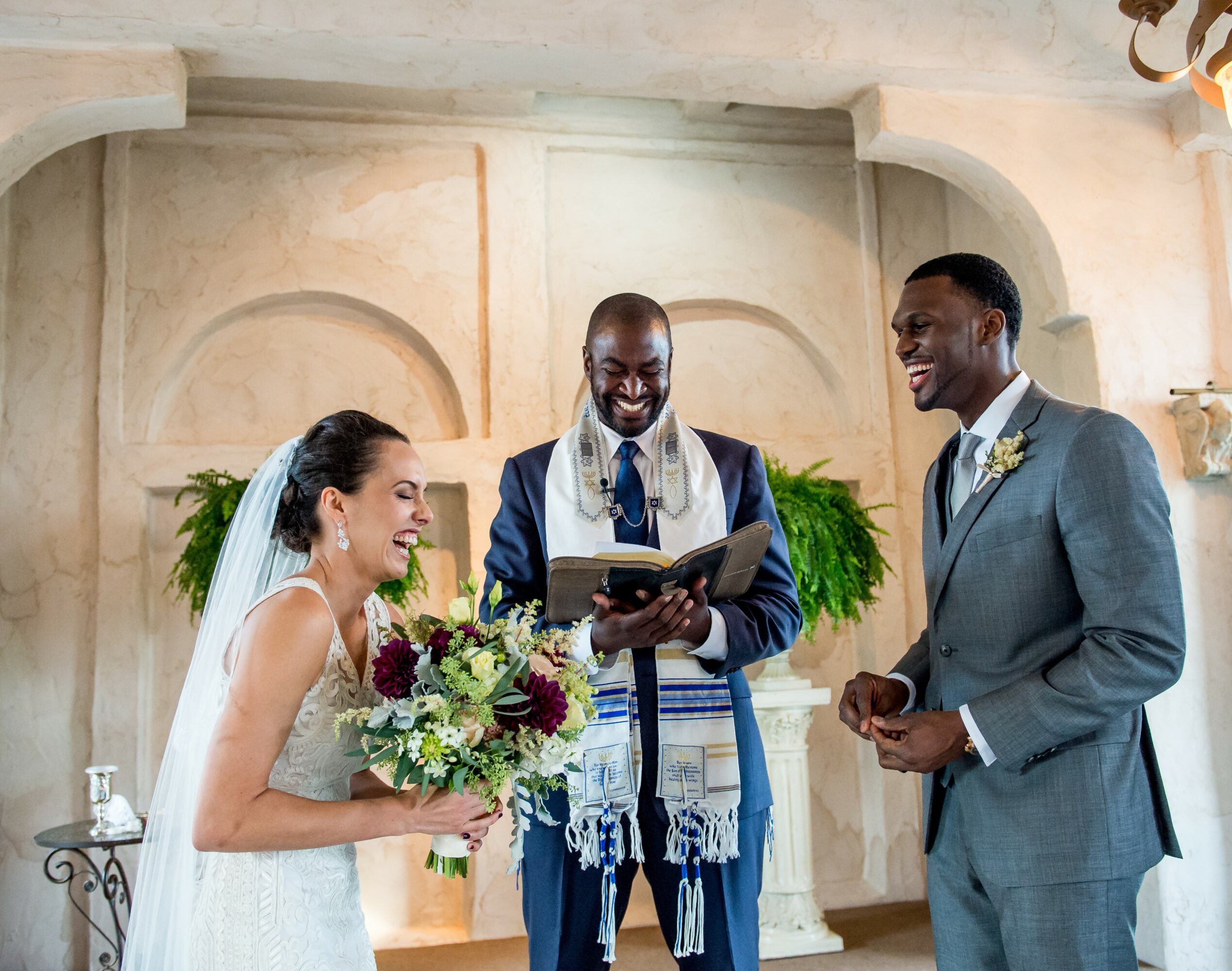 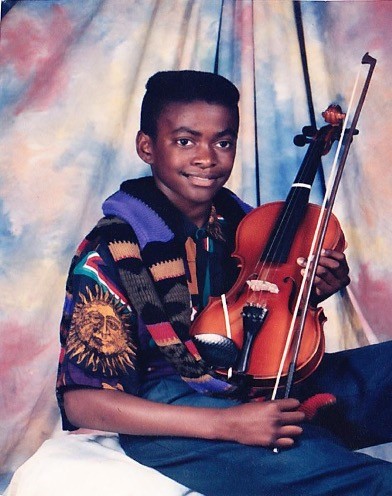