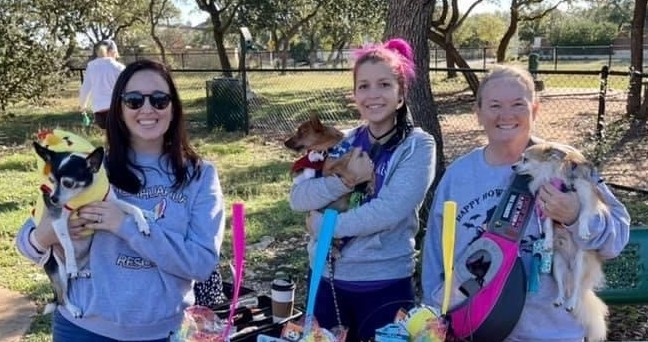 Today we’d like to introduce you to Ay Chihuahua Rescue. Them and their team share their story with us below:

The transition started after Caysha, the current president, lost her beloved Boston Terrier, Sadie, after over a decade of love and companionship. After her family decided it was time to welcome a new dog, her husband tried to make the play to get a Chihuahua since their friend Hillary has several and they were so full of personality. Caysha shot this down right off the bat! Since Hillary’s tiniest was a bully and always preferred her husband over her… the audacity!

Then they saw a post that there was a Boston pup and the shelter and ran to see it. When they arrived, she had already been adopted. Not wanting to waste the trip, they began to look at the small dogs. There she was! Beautiful, fuzzy, tiny, red, oh… and absolutely a Chihuahua. They were stuck, they HAD to adopt her.

After Caysha joined the cult of tiny dog ownership, she began to research more and more about the breed. Thats when she learned that they were the second most euthanized breed in Texas. SOMETHING HAD TO BE DONE.

In the first year, the plan was to play it easy. Taking in low risk chis that just needed some TLC and a good home. Weeeeellll in our first litter of rescued puppies, one had hydrocephalus. Prancer. He taught us so much when we got him. We flexed every inch of connections we could to get him help. At just two months old and under 3 lbs, he was blind, scared, and would just prance around in circles. We were lucky enough to have the support and funds to get him into A&M and he had surgery to have a shunt implanted to help prolong his life. Prancer taught us special needs care, how to fundraise, how to create our own tools to help a special needs pup. Lastly, he taught us how to cope with deep loss. After seven months of loving care, Prancer passed away. It was the first loss our group felt, and it was devastating. Even though we had him such a short time, it showed just how much we were needed. We had the support of each other, our fosters, our veterinary team, and our families, so there was no stopping us now. We were going to save all of the Prancers out there.

Since then, we have added a new member Kathey to our team. Together, the 3 of us have saved over 100 Chihuahuas with the help of our amazing life-saving fosters and social media. We have been able to take in pups that have behavioral issues, been hit by cars, multiple pups that we’re unable to walk, had heartworm infestation, broken bones, masses, and even a bullet wound. Each one was still…perfect. Over 100 lives saved, and the ones we were unable to save were loved more than they had ever felt.

We continue to work with kill-shelters across Texas, local shelters/rescues to find the care and hope these pups need to live their best lives. And we f*#$ing rock at it!!!

Alright, so let’s dig a little deeper into the story – has it been an easy path overall and if not, what were the challenges you’ve had to overcome?
There are always ups and downs with rescue. Some pets stay longer, and you have no clue why?! You can see their perfectness, their flaws, and how it just makes them each so worthy of love. Those are the ones we say are just waiting for the perfect family and are being picky since they deserve nothing but the best 😉

The hardest is when you lose someone. We have had the misfortune of not only having pups that are unable to be saved but a friend and foster who we lost. We lost a very special friend, Heather to brain cancer last year. I cannot begin to tell you the strength and hope that woman had. She lived not for herself but for those around her, especially dogs. And let me tell you… she loved them ugly. The uglier and more broken they were, the more she loved and fought for them. Her loss was the hardest.

Appreciate you sharing that. What else should we know about what you do?
As individuals, we have day jobs, the 9-5. We are a teacher, ops manager, and product manager in our daily lives. But, with our powers combined, we make up the ACR team.

I think we are special because we have so much soul. We laugh the loudest, cry the hardest, and some of us even fart a lot… but that’s ok because we can blame it on the dogs. We will take in the ones that no one else wants. Since we are such a small group, we try to limit our intakes to 5 at a time, but when a shelter has a dog with a broken pelvis and no one has answered their plea for a rescue, it only takes one look from Hillary to Kathey to get approval. What can I say, we are weak.

We have the best fosters, they really love and care about every dog they get in. They have been able to save lives in emergency situations, and we couldn’t be more thankful to them. I think we are also different from other rescues because of our relationship with our fosters and our vets. We think of them as friends and family and are invested together in our little “love children”… but they are chihuahuas.

Can you tell us more about what you were like growing up?
Caysha Caysha grew up in Kansas. She was the oldest of her pack and immediately took an interest in caring for others and children. She was always bright-eyed and happy go lucky.

Kathey
Kathey was shy… well, shy around people. Animals were a different story. She would bring them home all of the time (her poor parents). Her adolescence was spent with her nose in a book and her hand petting a puppy.

Hillary
Hillary was and always will be the worst rebel ever. Ever since she could get away with it, she would dye her hair crazy colors. But, despite her rock and roll appearance loves structure and rules. She had her first chihuahua at the age of 5, and even though it hated her and hid under the bed, she loved that little monster. 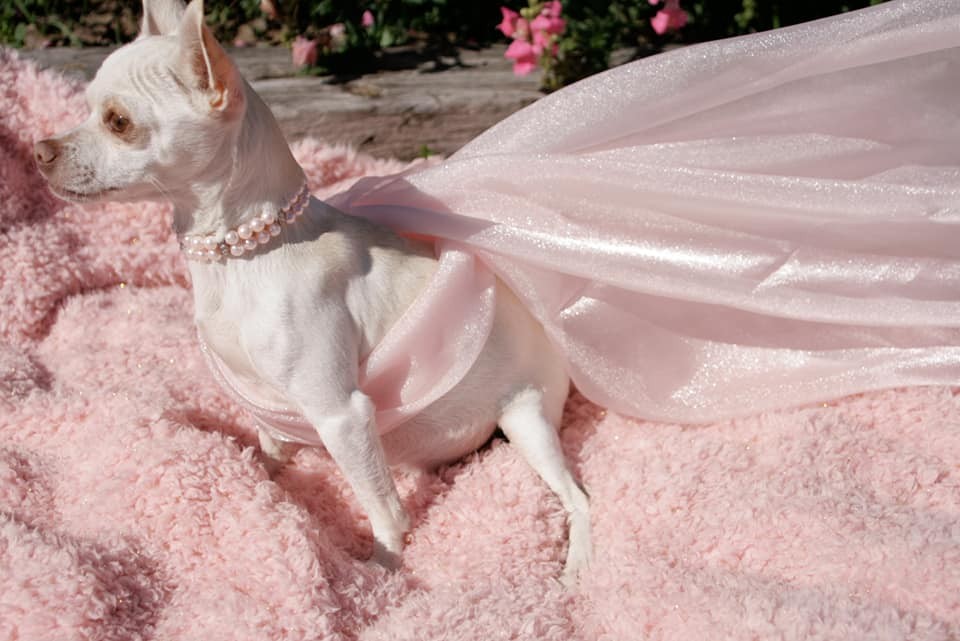 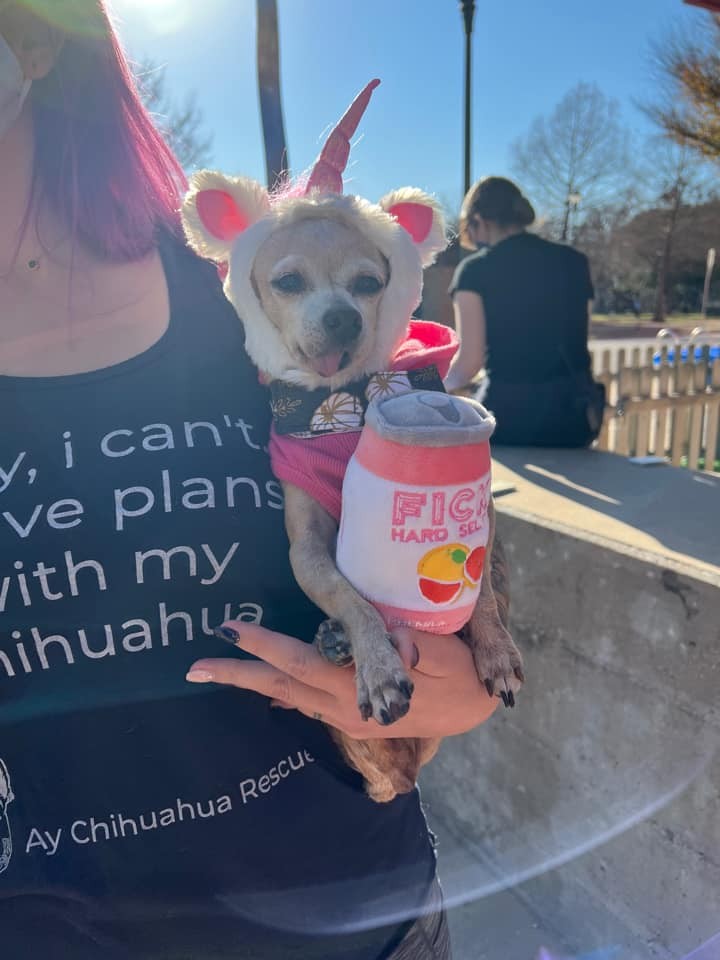 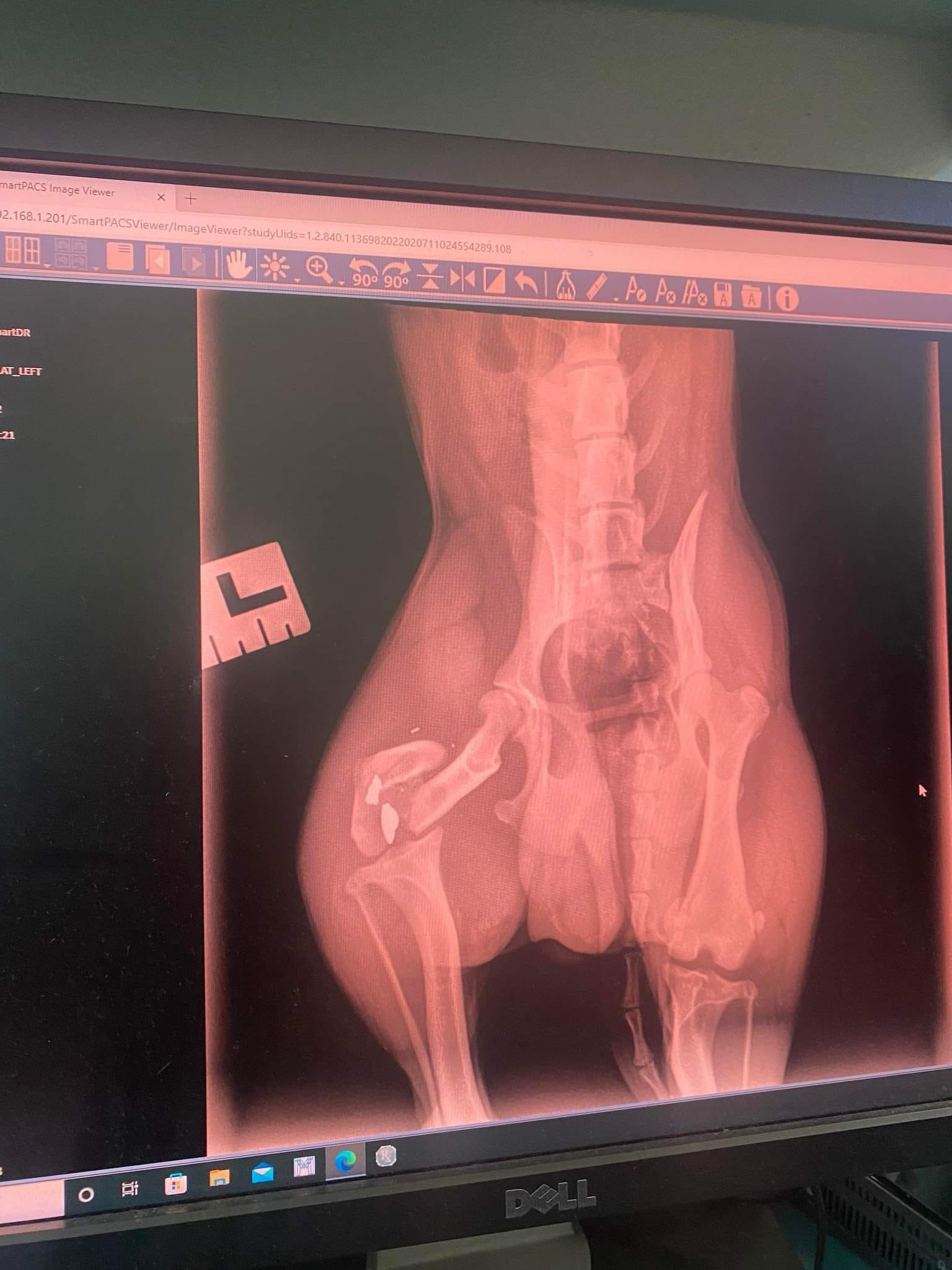 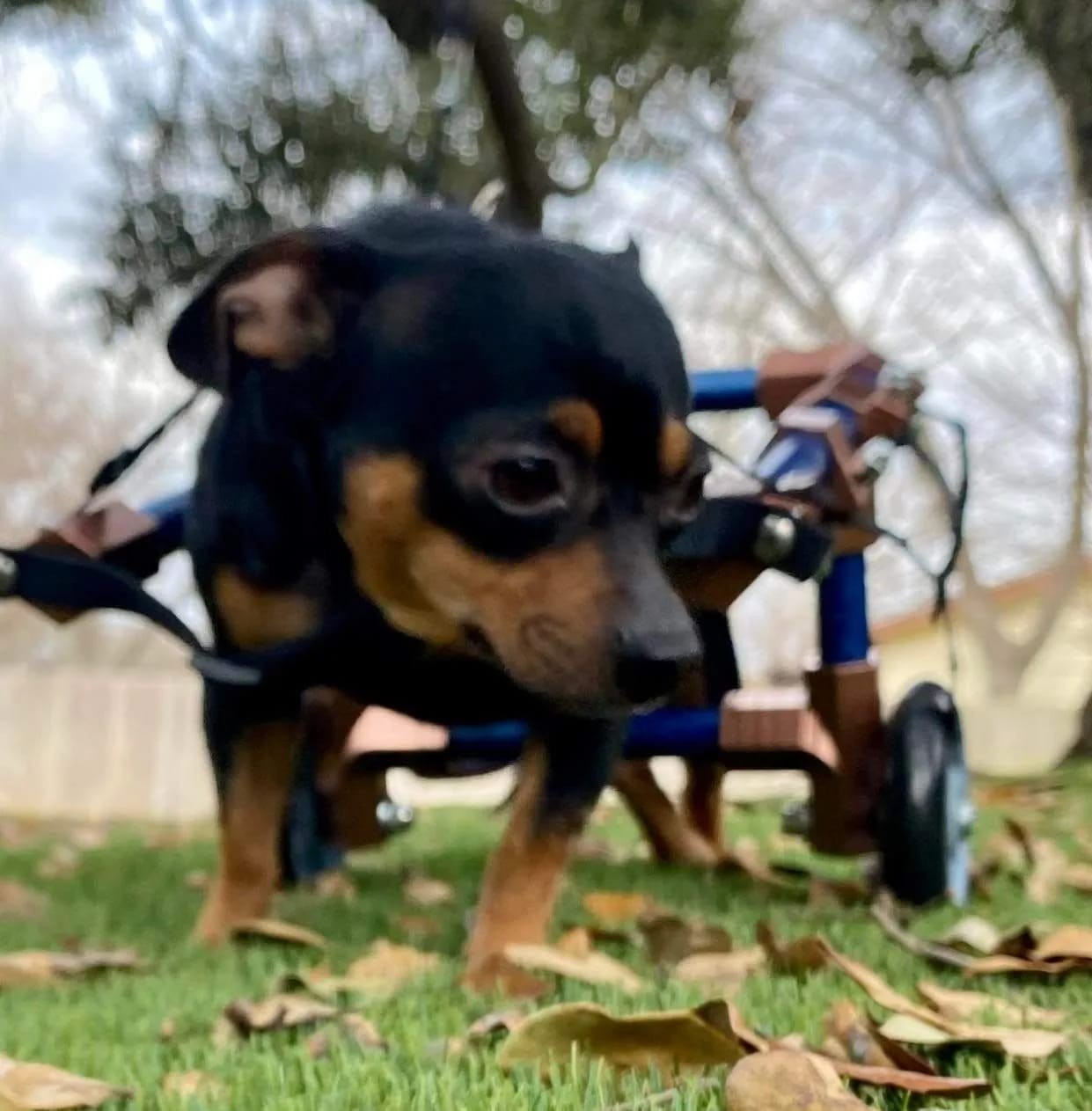 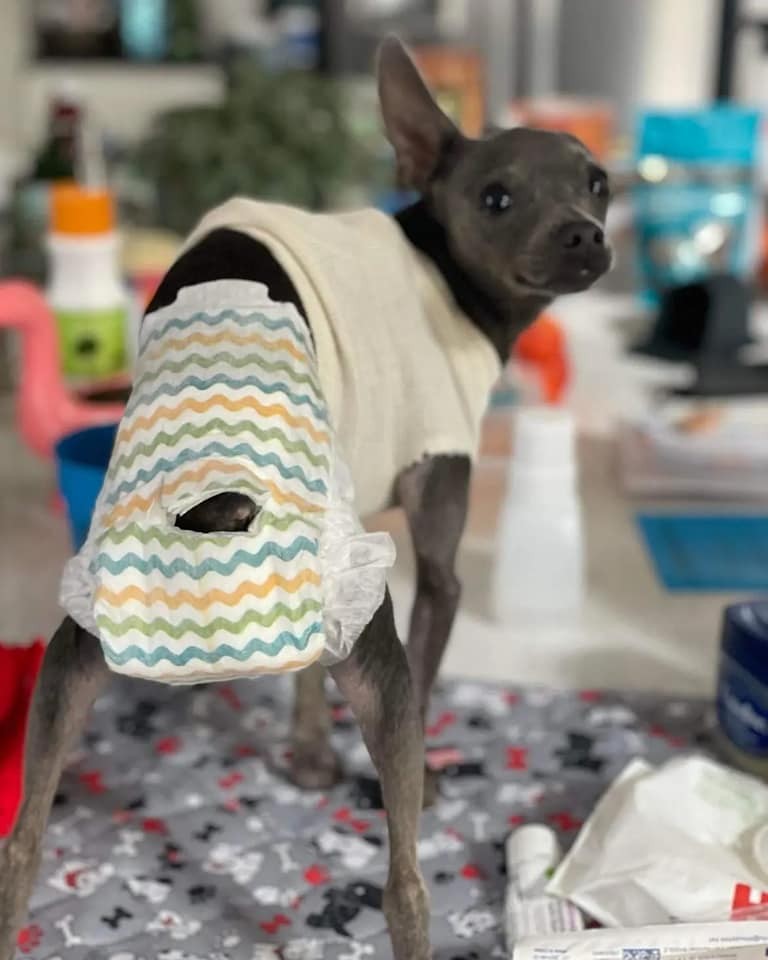 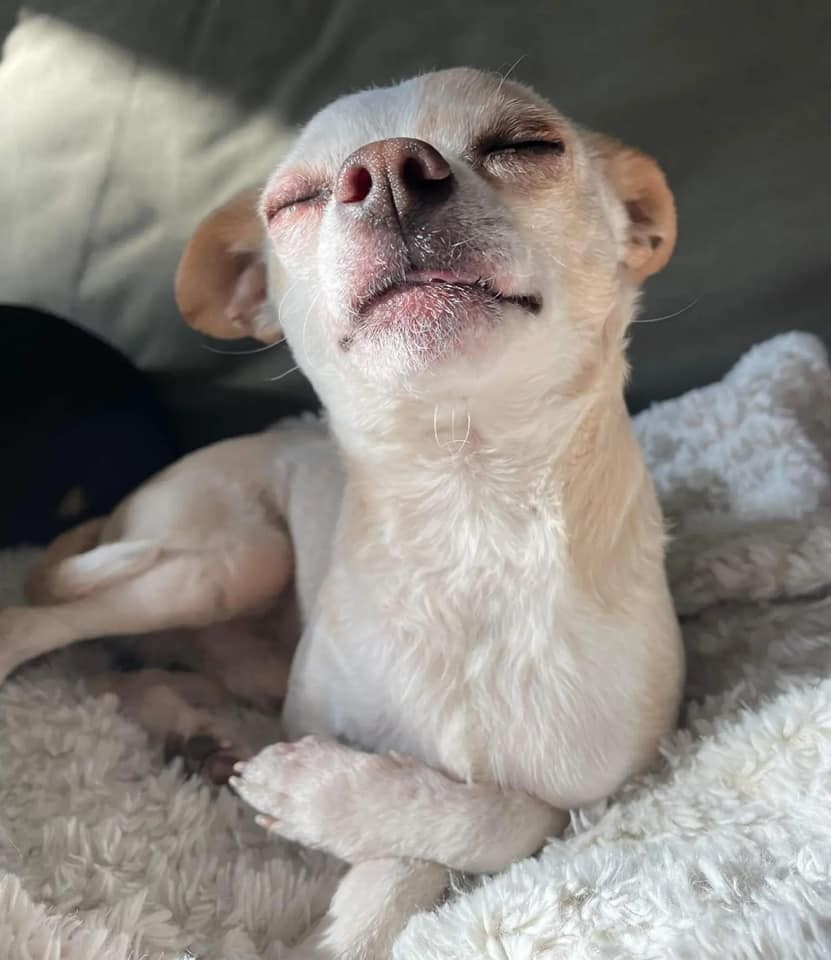 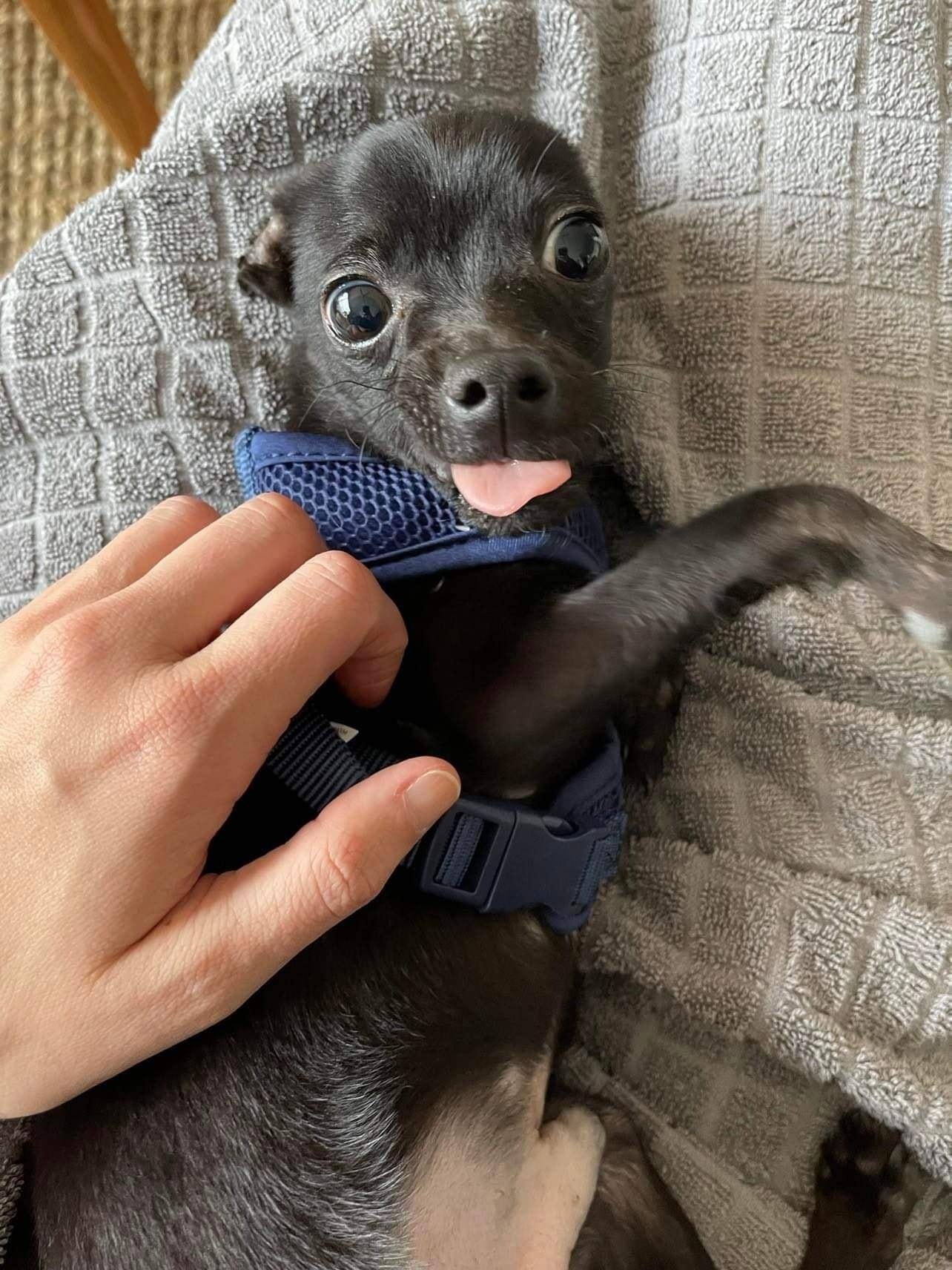