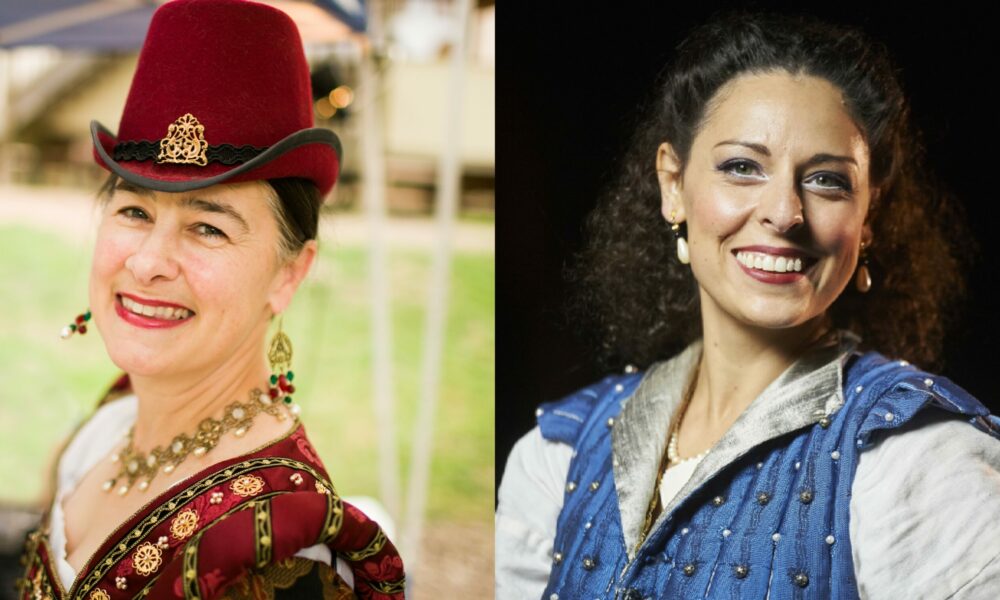 Today we’d like to introduce you to Dawn Allee & Lindsay Palinsky.

Hi Dawn and Lindsay, please kick things off for us with an introduction to yourself and your story.
The Baron’s Men is a not-for-profit Resident Repertory theatre company that presents plays that fit the time and style of ancient Greece to 1650, that are staged and costumed in a manner that is as historically accurate as possible. We aim to provide educational elements in all aspects of production that prove the work is still relevant, interesting, and engaging to modern audiences.

From time to time we get asked about our name and whether or not there are any women in our troupe. We frequently have more women than men involved in our shows. So why the name? It’s an Elizabethan naming convention for theatrical companies. In that time, only men were allowed to perform on stage and theater companies needed the patronage of someone in the upper classes in order to lend respectability to the troupe. Hence you had companies named “The Chamberlain’s Men” or The King’s Men”. At the time, our founders were members of the Society for Creative Anachronism, and two of them were the Baron and Baroness of the regional chapter. Our name came from there!

Our first one-act production was an edit of “Henry V” in 1999 at an SCA event, put on just for friends. Our first full-length production was “Much Ado About Nothing” in the fall of 2002, and we have maintained a continued presence in the Austin area theatre scene since. We currently perform exclusively at The Curtain Theater, a replica of Shakespeare’s original Globe Theater, on the shores of Lake Austin.

DA: I am one of the founders of The Baron’s Men! I was there for that very first performance and I am the last of the original group who is still active with TBM. I think one of the things that make TBM really stand out from other Shakespeare-focused troupes is our costumes. My interest in The Baron’s Men has always been as a historical clothing expert. I created many of the costume pieces that were part of our base stock collection, some of which are still seen on the stage today. I have designed and/or built much of the collection that we use today, and I am so excited to mentor the next generation of crafters and stitchers in this art.

More recently, I have stepped into a leadership role. I took the Presidency of our Board only a few short months before COVID hit, and have had the responsibility of steering the ship through, I’m gonna say it, “these trying times.” I am looking forward to our history-focused organization into the future!

LP: I found The Baron’s Men when I moved to Austin in 2010. Previously, I had been on the board of a non-profit community theatre in Lansing, MI and was the director of their Shakespeare subsidiary. My interest in TBM was originally regarding The Curtain Theatre. I had previously done Shakespeare in the Park-type shows, but I had never performed or directed on an Elizabethan replica stage. What a wonderful treat! The space that we are fortunate enough to use is one of the other things that make TBM so special.

A few years after joining TBM, I was elected to the board and served as President during the final year of that term of service. I am back on the board, but not for much longer! Myself and two other members are shifting into Co-Artistic Director roles so that Dawn and other board members can lead the business side of TBM without having to worry about artistic responsibilities.

Alright, so let’s dig a little deeper into the story – has it been an easy path overall and if not, what were the challenges you’ve had to overcome?
DA: I think the two biggest struggles we had to overcome were the decision to go from private to public performances and the decision to incorporate as a non-profit. In the first case, it was just scary to put ourselves out there for public consumption…I mean what if you threw a party and no one came? We were fortunate enough to have a generous donor build a theater for us so that we could open to the public, but it has been a constant struggle to get the word out about what makes us so amazing and special. We call ourselves “Austin’s Best Kept Secret” and we would really like to change that!

As for the decision to become a non-profit organization, it meant moving from “a group of friends putting on a show in the barn” to “a real business with real bank accounts and a real board of directors.” Definitely a big shift in how we managed ourselves, but one that I think ultimately allowed us to grow into what we are today!

LP: I was not here for the first half of TBM’s life, but the last few years have seen a couple of large jumps for us professionally. While we are still 100% volunteer-run, the way we do business changed from “one of the founders has a checkbook” to “we have a CPA on our board who files our taxes every year.” We’ve also shifted our internal structure so that business and artistic decisions are made by different groups of people working together instead of a few folks trying to wear all of the hats.

Another struggle has been our identity as scholars of history. We have been forced to learn where and when it is necessary and appropriate to bring ourselves into the 21st century. We just started using LED lights last year, but we still light the on-stage torches for that Elizabethan ambiance. Our front-of-house has gone from cash-only sales and no concessions to online reserved seating and cashless concessions. Our primary goal is always to honor the original text and practices while incorporating techniques that keep our shows entertaining to modern audiences.

Alright, so let’s switch gears a bit and talk business. What should we know about your work?
DA: As we are a volunteer organization, that means we all have “real jobs” in the few spare moments that we have outside of TBM. I work for a local home builder as a designer, so I get to use my creative talents build the homes of their dreams every day. I broke into that industry because of the work I had done as a costume designer for theatre. I also have a degree in finance and an entire career in the banking industry. The thing I am most proud of is being able to balance my mathematical side and my creative side to do something that is enjoyable and fulfilling.

LP: I manage and am an instructor at Art Beat Dance Center in Cedar Park. I am also the Executive Director of its non-profit arm, The Art Beat Foundation. An early career in engineering business development and nearly 20 years of non-profit experience has been an asset to both my day job and to TBM. I am most proud of being one of the people who drafted TBM’s bylaws when we incorporated.

Are there any important lessons you’ve learned that you can share with us?
DA: Come to the table with a grand dream and a direction, but be willing to listen to others along the way…they may have great ideas!

LP: What she said, and maybe don’t yell as much as I do! 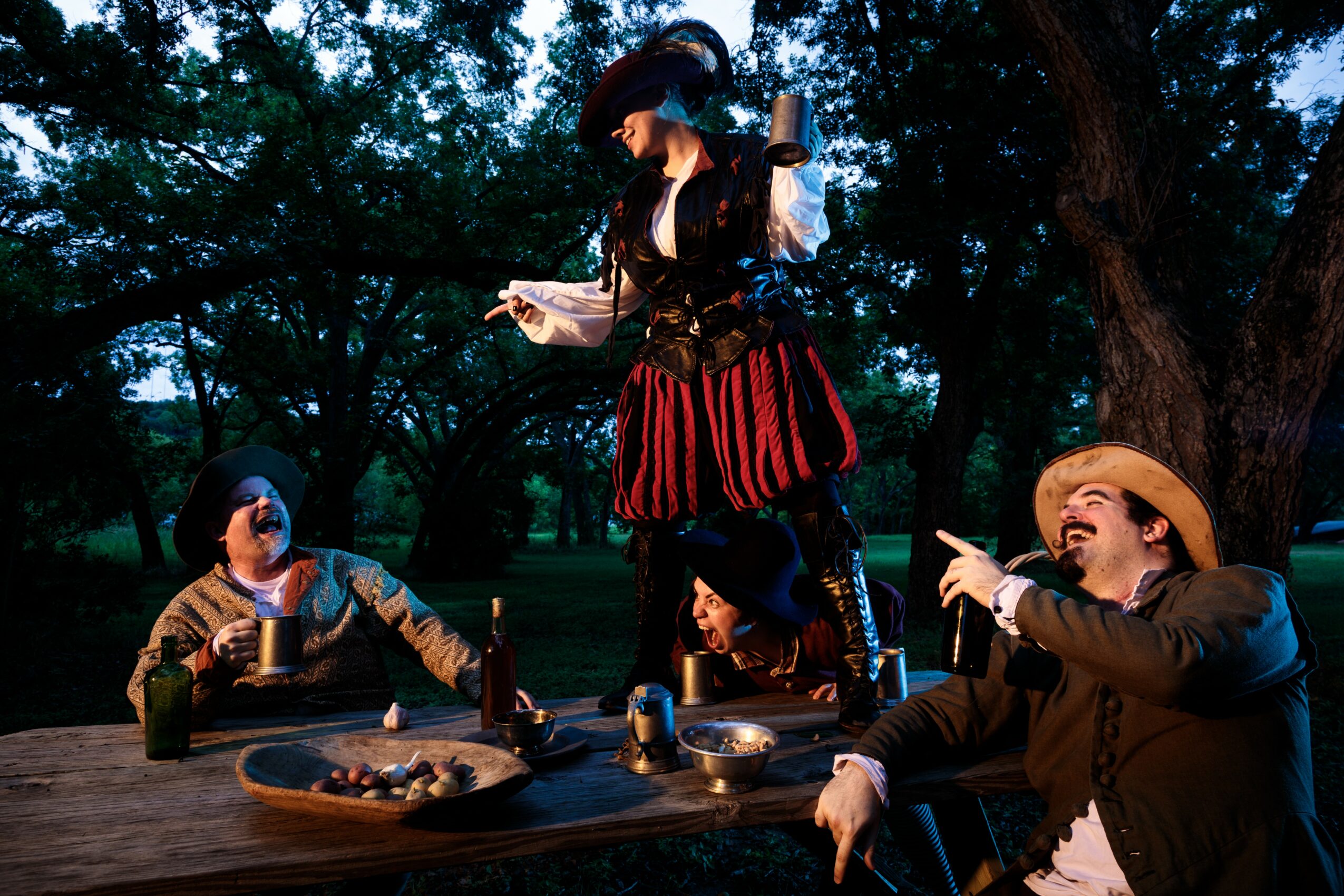 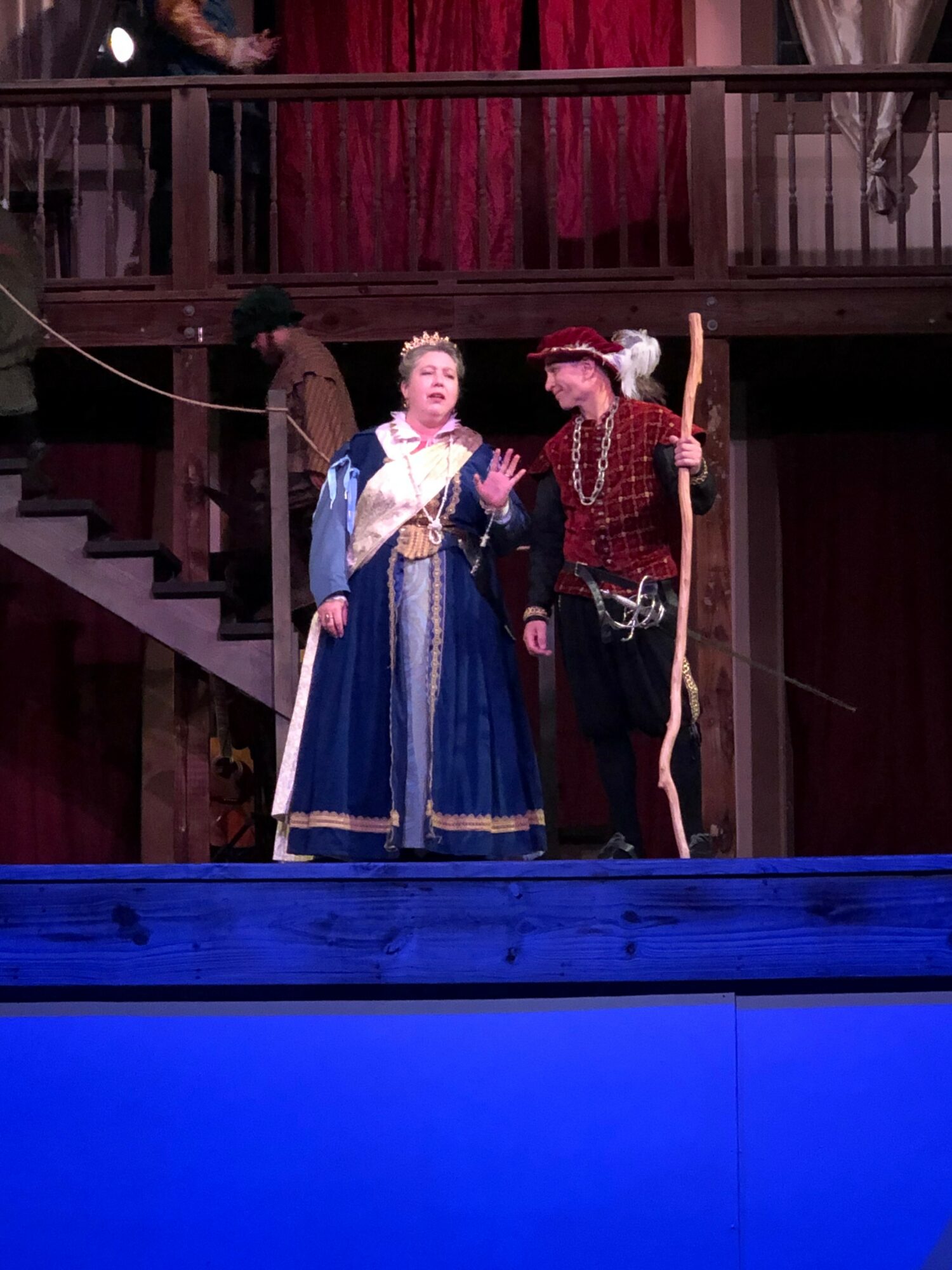 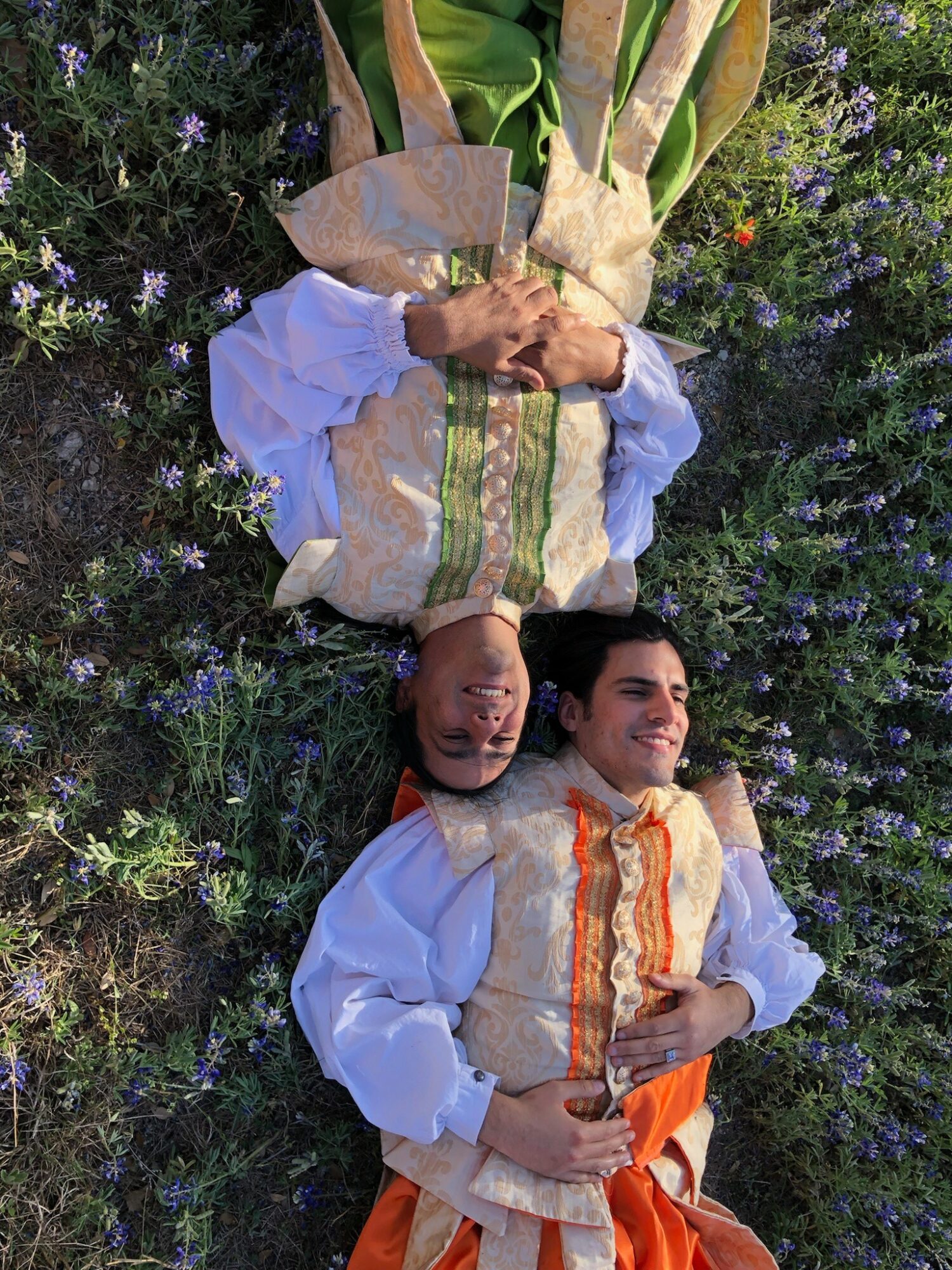 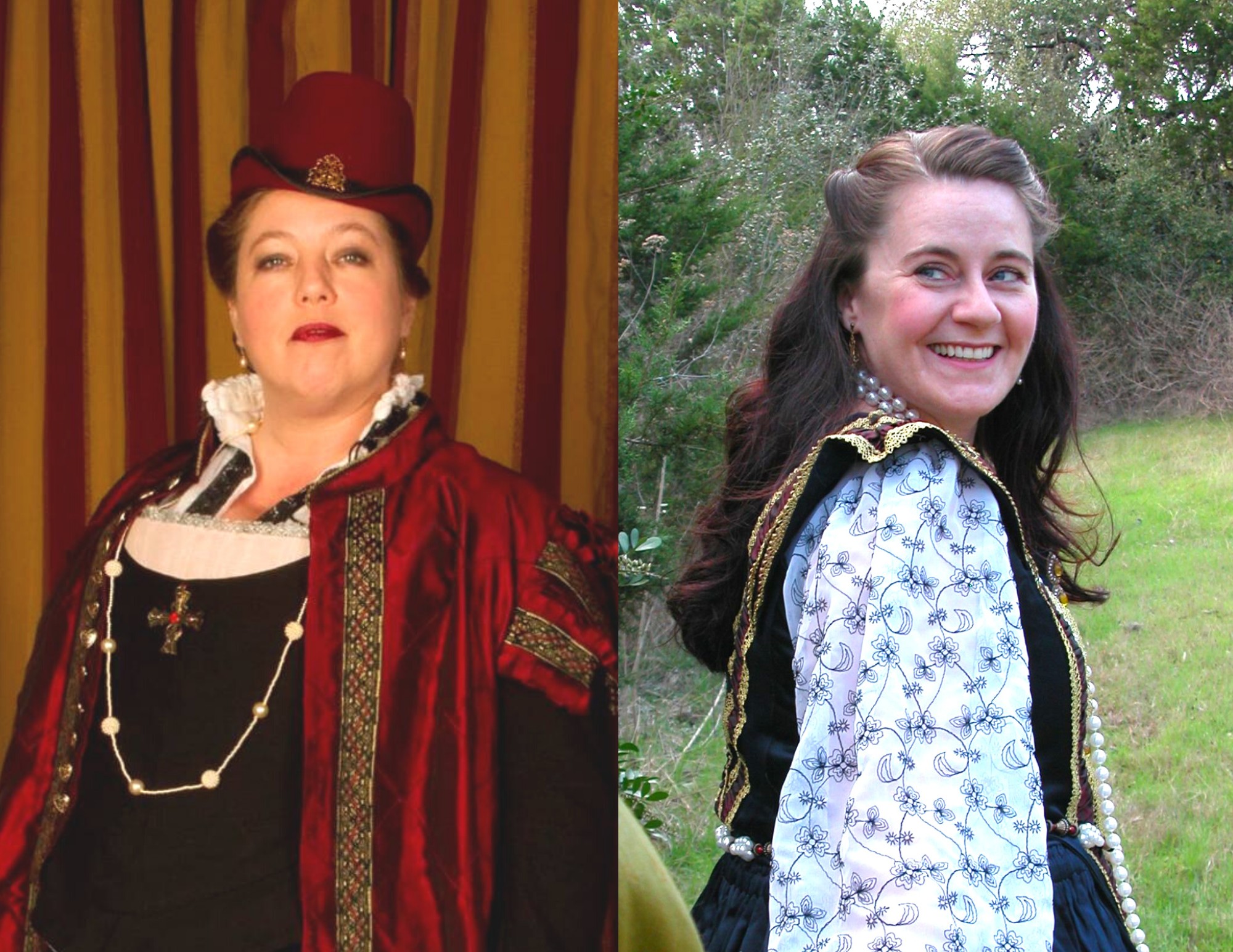 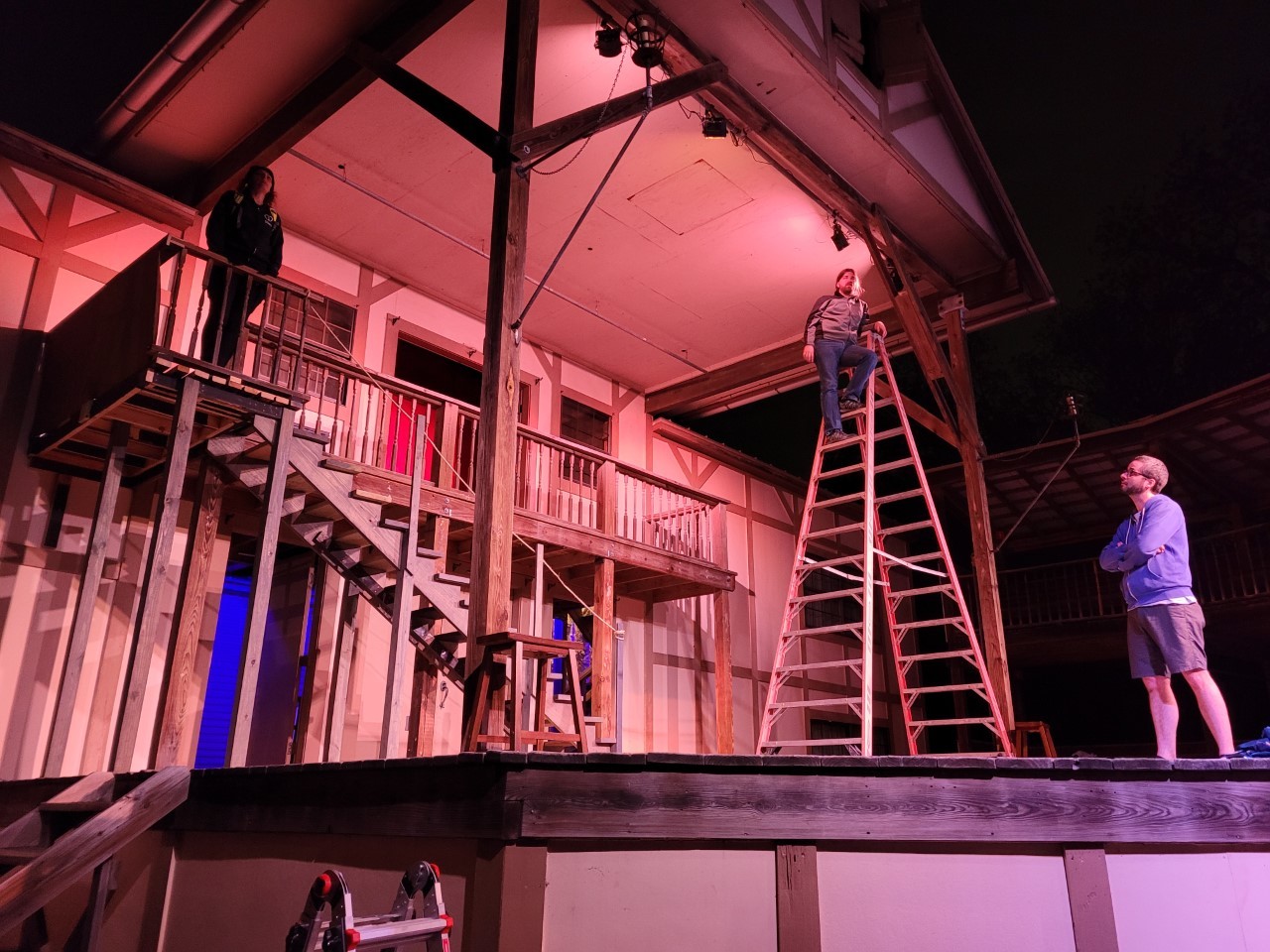 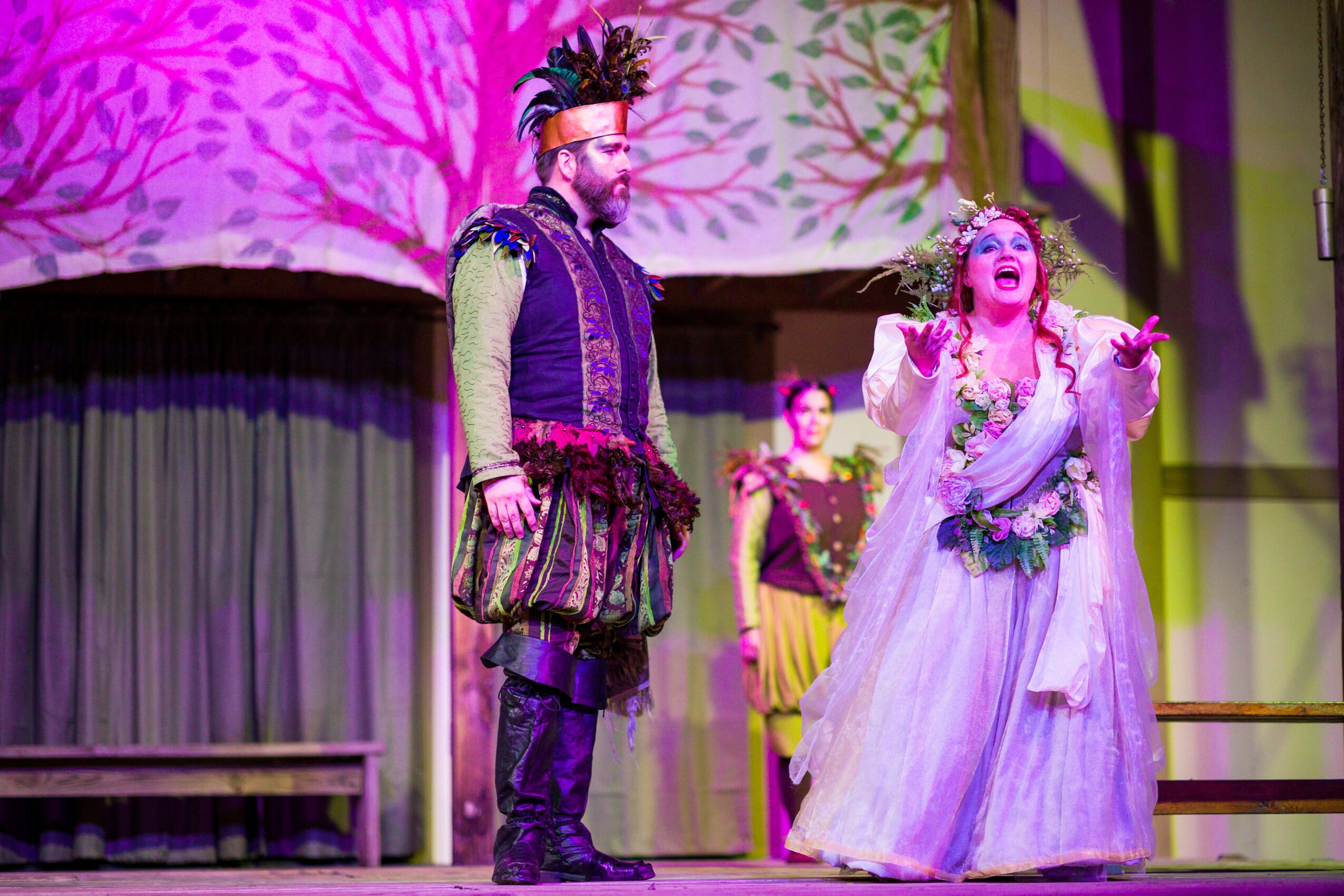 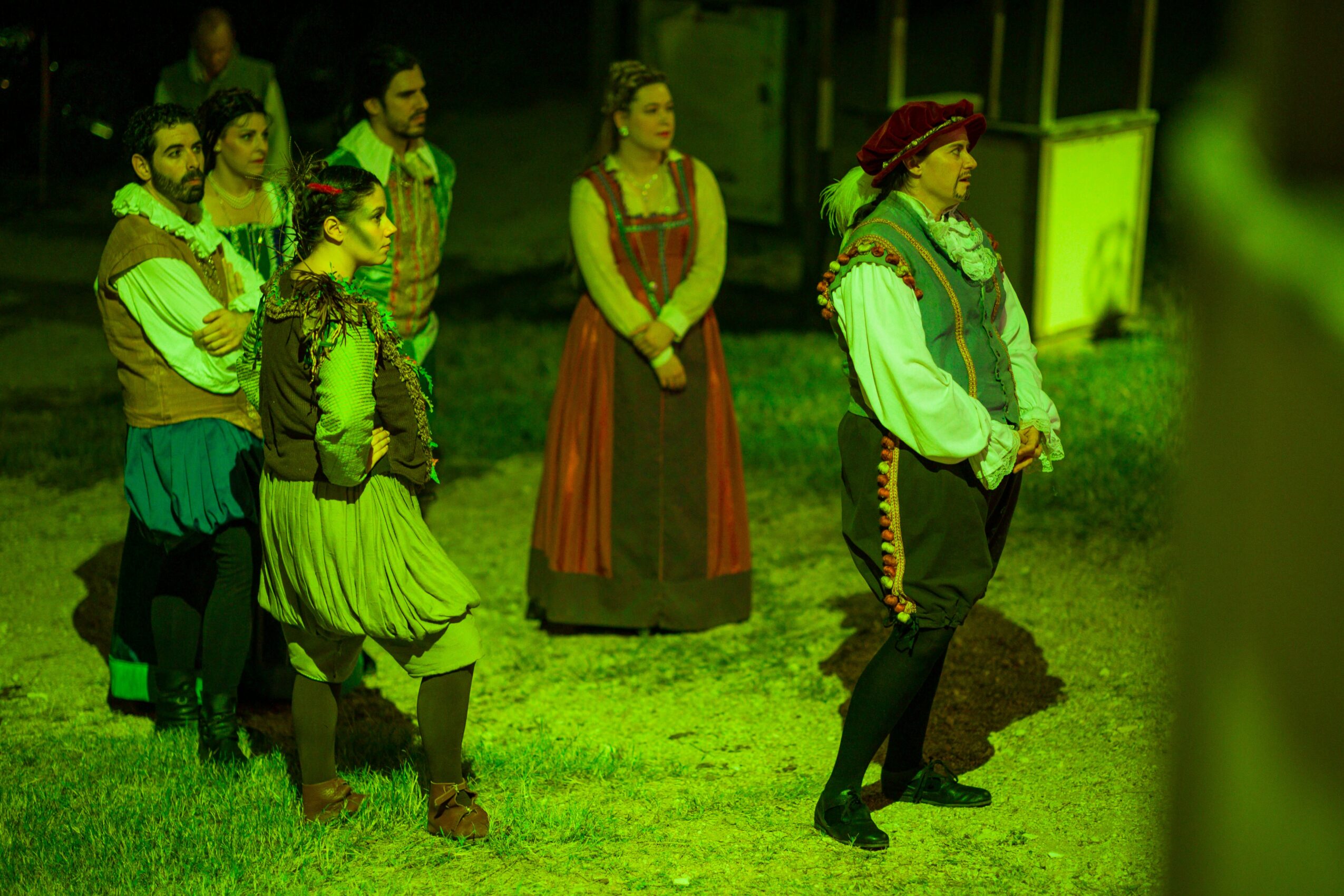 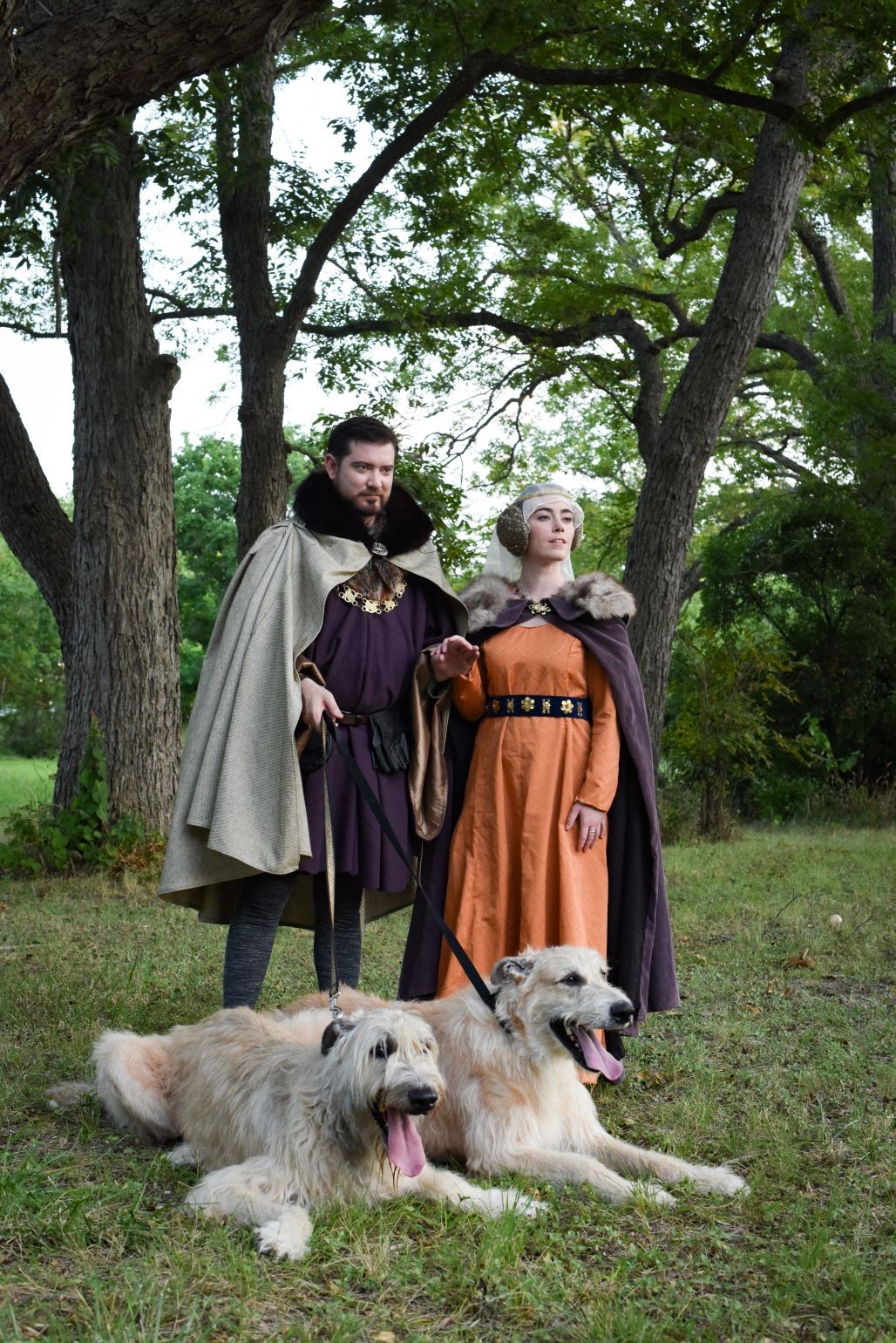 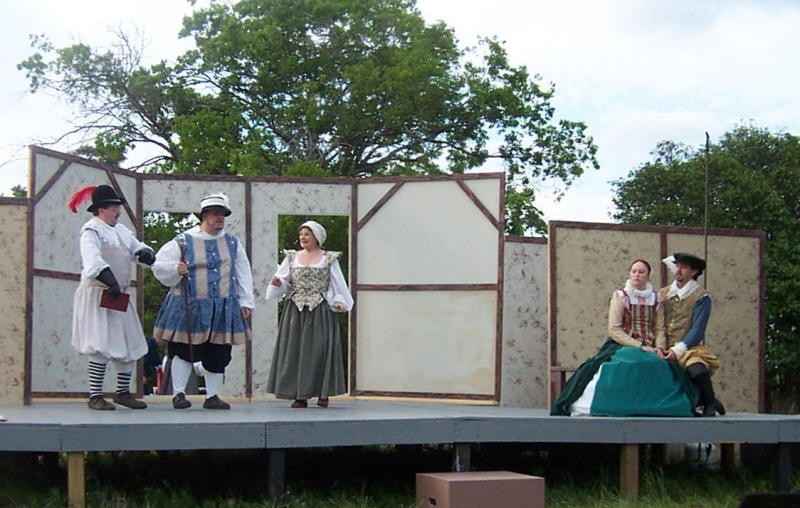 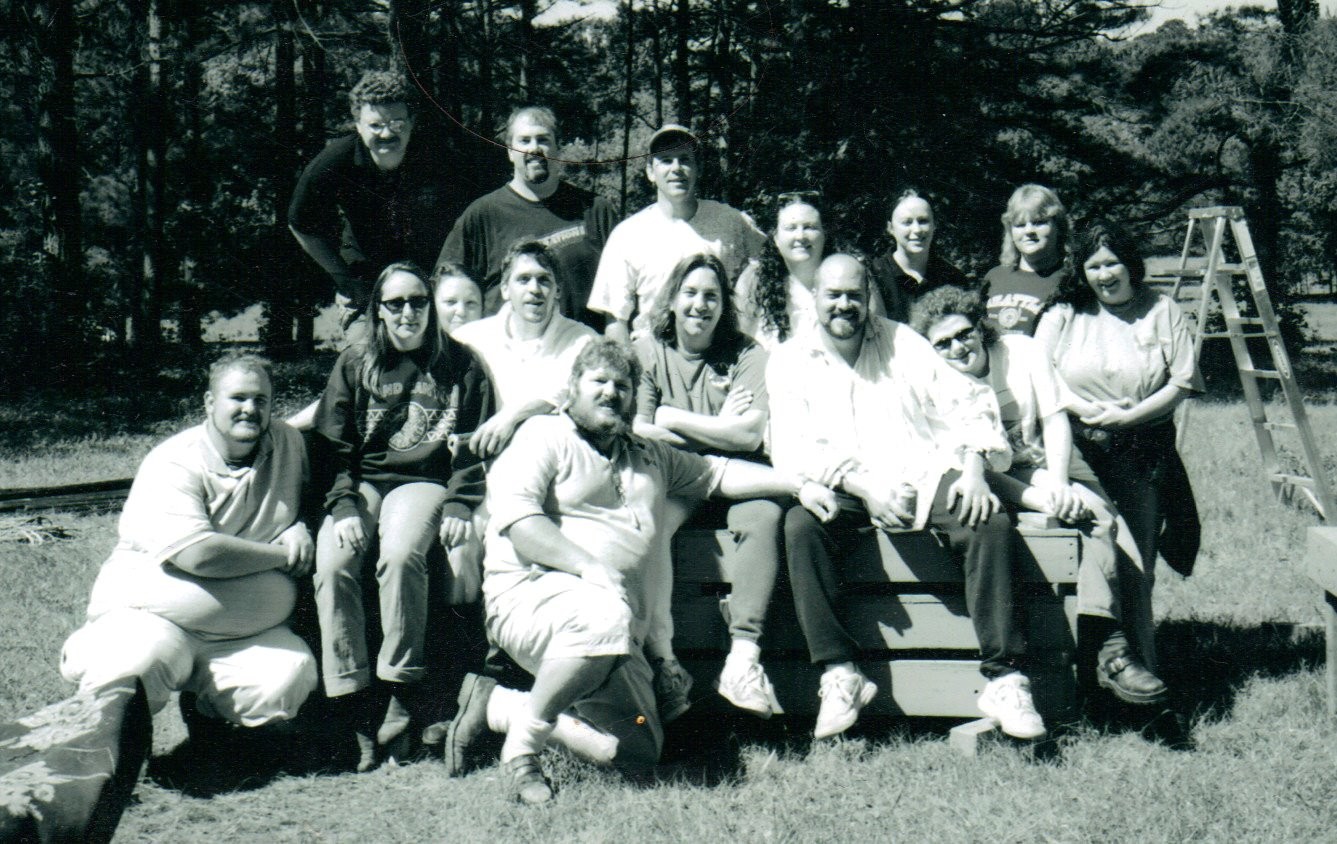 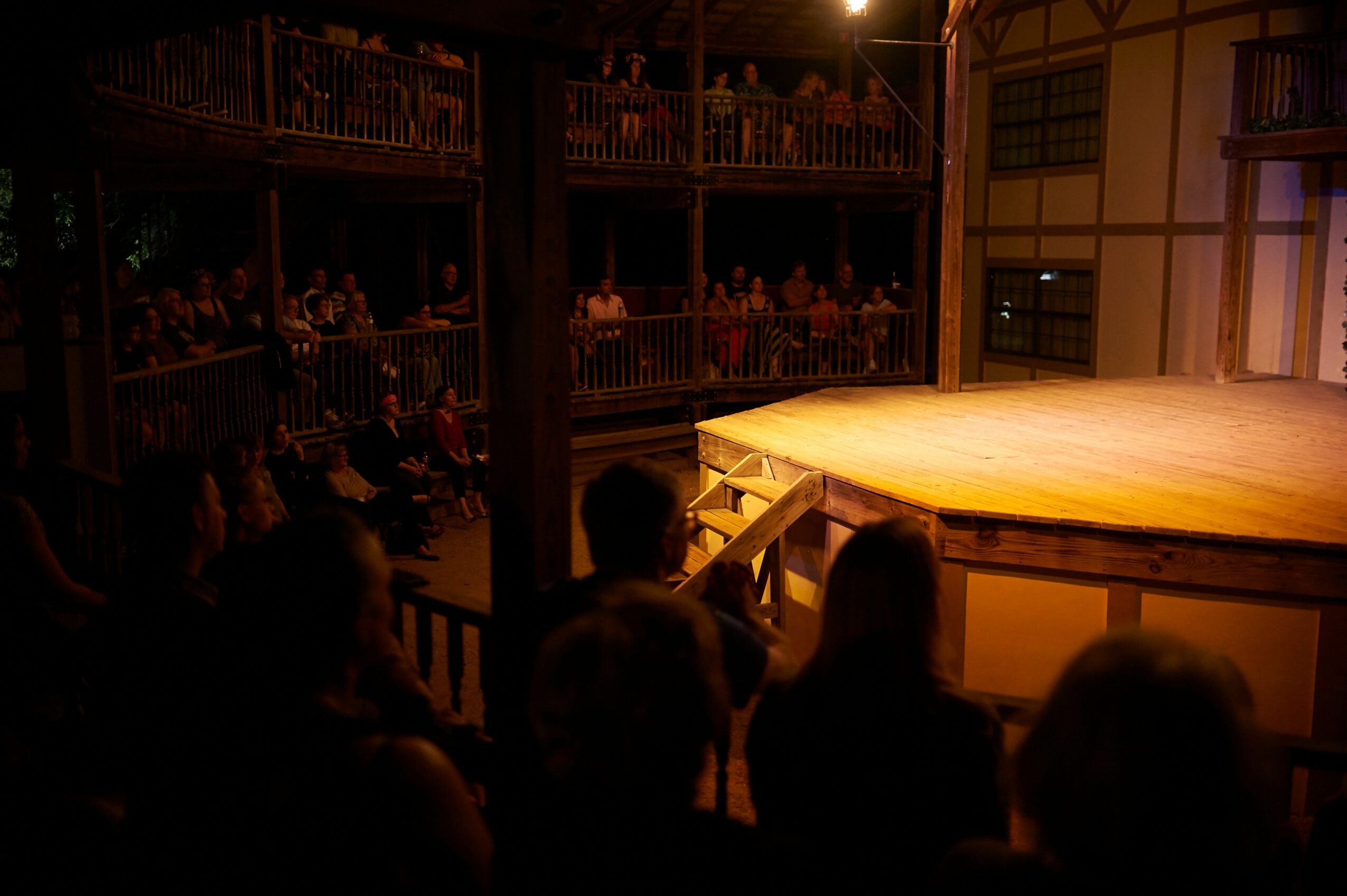