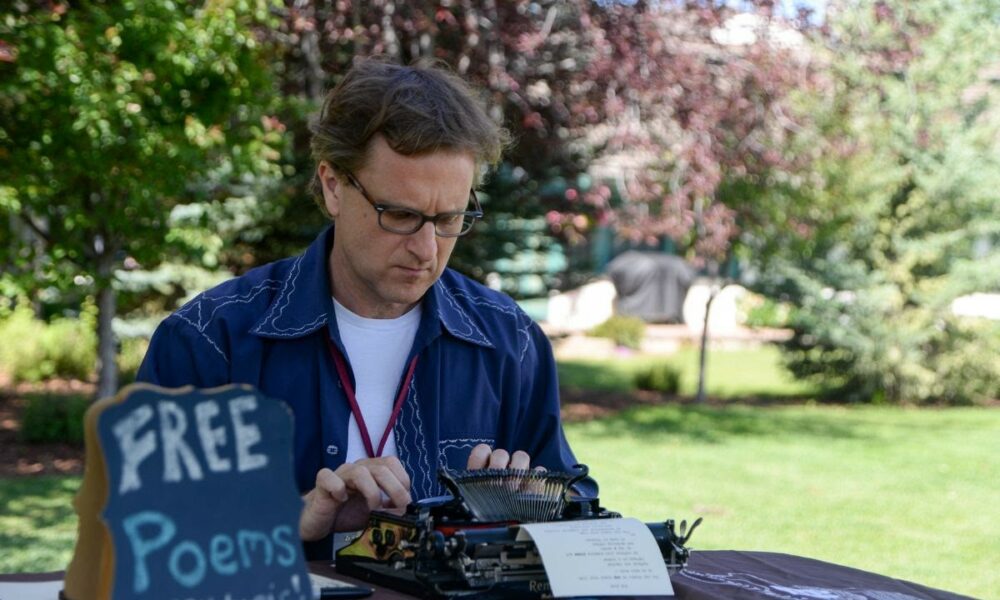 Today we’d like to introduce you to Sean Petrie.

Hi Sean, thanks for joining us today. We’d love for you to start by introducing yourself.
A decade ago, if you’d told me I would be a poet, I probably would have laughed and said have another drink. But sometimes a path you never expected opens up — and you just leap.

In 2013, I was teaching legal writing at UT Law School. I was also part of the Austin kid-lit writing community but wasn’t having much luck getting published. That spring a former improv friend, Jodi Egerton, asked me to be part of a writing-performance experiment: crafting on-the-spot poems with some other folks at a booth at the Austin Mini Maker Faire. I alllllll-most said no, afraid I wouldn’t be any good. I’m so glad I didn’t.

That day was magical. We wrote poems on whatever topics people gave us, clacked out in minutes on old manual typewriters (thanks, Kari Anne Holt!). We didn’t have time to overthink or even correct our mistakes — we just took whatever the topic was and started typing. By the end of the day, boom! — Typewriter Rodeo was born.

Since then, I’ve probably written over 20,000 poems for strangers all across the country. I’ve gotten to craft poems for celebrities like Billy Collins and Sharon Stone, for lobstermen in Maine, kids in Seattle, and folks all across Texas. I’ve written an on-the-spot breakup poem at the Austin Thinkery Museum (yes, really) and on-the-spot wedding vows at an Austin Junior League event. I even get to do weekly radio poems on KUT Austin.

Poetry (and typewriters) were never part of the “plan” — but how many of us really follow the exact route we imagined?

What’s the Forrest Gump line? Life is like a box of chocolates? Well, I think life is more like an on-the-spot poem: whatever you get, just start typing.

I’m sure you wouldn’t say it’s been obstacle free, but so far would you say the journey have been a fairly smooth road?
Ha, is the road ever smooth?! 🙂

I definitely struggled when I first decided to be a writer nearly 20 years ago. Actually no, the struggles weren’t so much when I *decided* to be a writer, as when I *told* people I was: “Oh cool,” they said. “Where can I buy your book?” (Writers raise your hands for that one.)

Especially being in a more “traditional” career like law, a lot of people didn’t understand or treated it like a hobby. If I told them I was busy working on a book, the response was often: “Oh come on, you have time. You’re just writing.”

That “just” part was tougher than it might sound. After five years without a book … then ten years without one … I began to believe it myself: I’m “just” a writer. Maybe not even that.

Writing — really any creative career — can be a lonely, unpredictable business. You usually work alone. You don’t have a steady paycheck or regular hours.

I was lucky in that I had (and still have) a great teaching job at UT. But that also makes it hard to carve out time for writing.

So, there is a constant dual struggle that I think all creatives face: (1) Am I any good at this? (2) Can I afford to do it without a “real” job?

I’ve finally, after over a decade, had some writing success. But it’s still a struggle — both the imposter syndrome and how to balance my art, time, and income.

Thanks for sharing that. So, maybe next you can tell us a bit more about your work?
I’m a poet and author.

On the poetry side, I get to do events all over the country with Typewriter Rodeo. We get hired for festivals, museum exhibits, hotel openings, you-name-it and write poems for guests, on-the-spot, on vintage typewriters. I am so darn proud of that. We’ve typed at Willie Nelson’s ranch, the Smithsonian (they got out their old typewriters for us!), even on a beach in Cabo, Mexico. We also have an amazing book of our poems and the everyday people and stories behind them.

Last year I had a Seattle-based book of poems come out called Listen to the Trees (which won a cool silver medal for poetry) and a four-book adventure-history series for kids called Jett Ryder.

And this year is my favorite book so far — a playful collection of poems (mine) and art (by Austin artist Amanda Hoxworth) called Pet Poems. Plus, lots more fun stuff in the works!

I also teach writing workshops at schools and summer camps. The secret ingredient for those? Typewriters. Kids LOVE them. 🙂

What sets me apart? I don’t really know, other than that I’m willing to take lots of creative risks, even (especially) when I’m full of self-doubt. I also think having a lot of life experience — both being older and having traveled and met a lot of people from all different walks — helps me be able to write a poem on pretty much any topic someone throws at me. I don’t think I could have done that in my 20s or even early 30s. At least not as well.

Is there anyone you’d like to thank or give credit to?
Oh my goodness, first and foremost the other Typewriter Rodeo members: Jodi Egerton, Kari Anne Holt, and David Fruchter. For nearly ten years, we’ve been each other’s support crew, traveling companions, and poetry-performing pals. It’s basically like being in band. No WAY I would be where I am today without them.

Also, huge thanks to one of my poetry idols and now good friend, San Antonio’s Naomi Shihab Nye. That imposter syndrome I was talking about? Probably more than anyone else, Naomi has made me feel — made me believe — I’m a real poet.

On the writing side in general, local Austin legend Cynthia Leitich Smith has been my mentor and cheerleader for nearly 20 years. Having someone like that believe in you for so long is invaluable. Without Cyn’s support, I might have given up long ago.

And of course my mom and dad. While lots of other folks said, “Oh, you’re *just* writing,” they never did. And they are still cheering the loudest, still the first in line to buy each book. 🙂 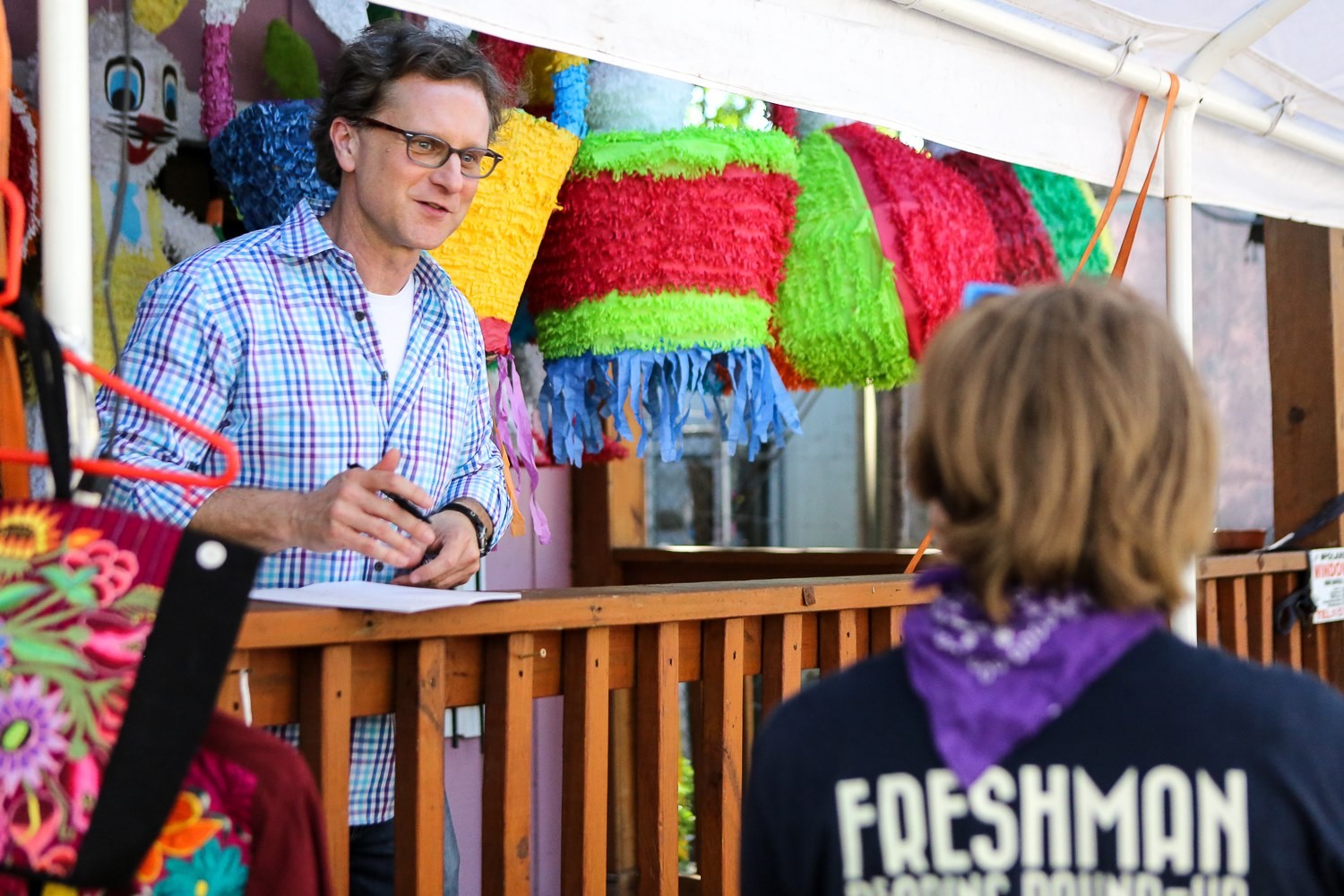 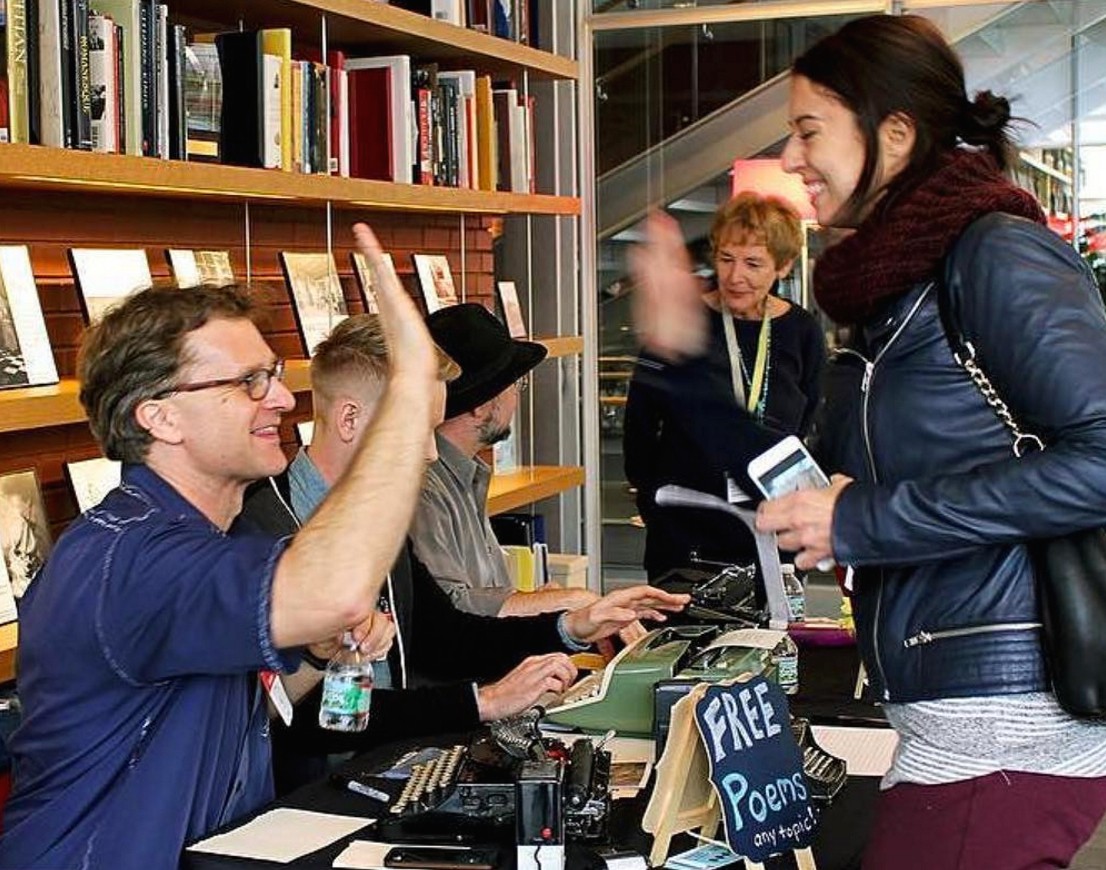 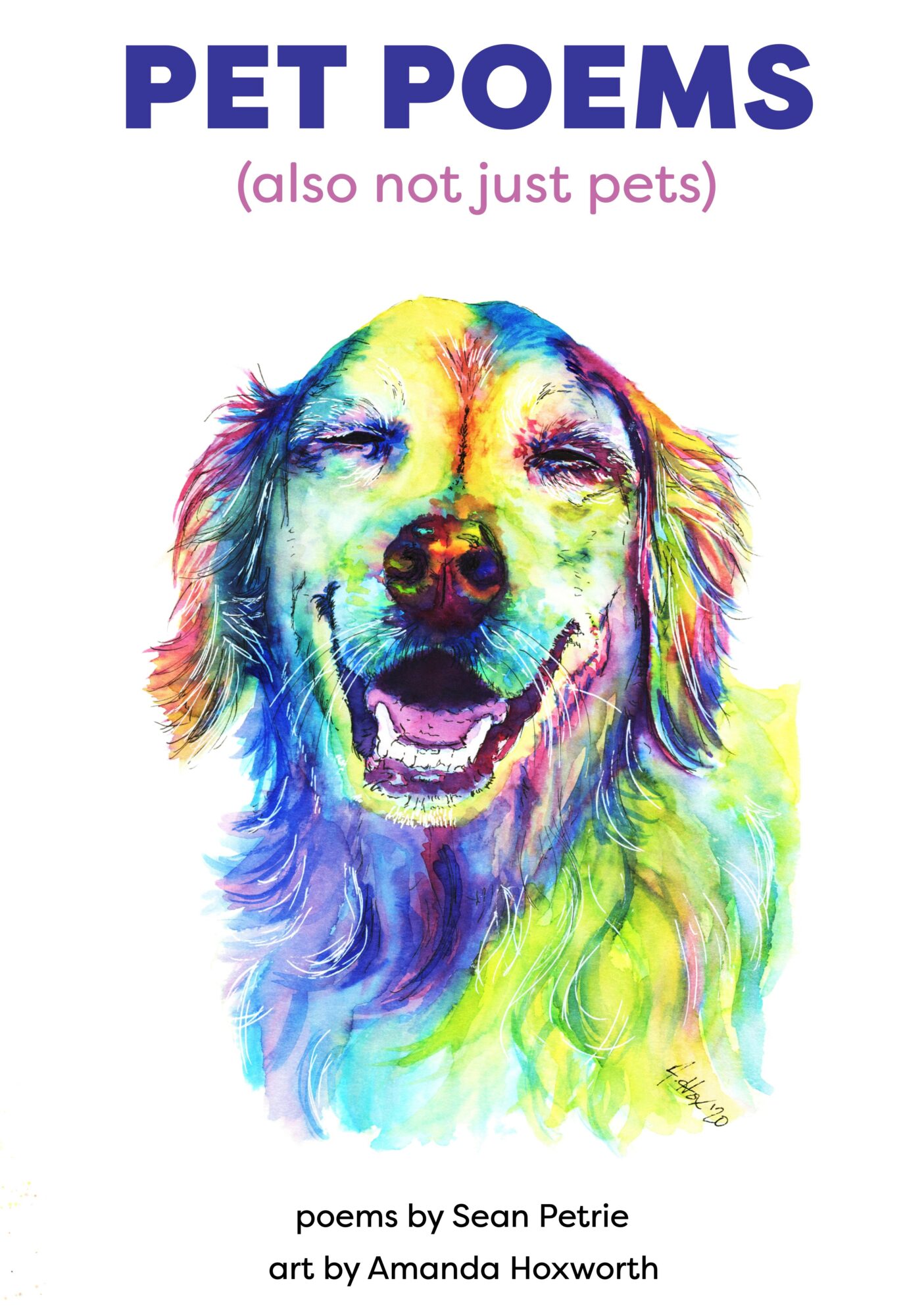 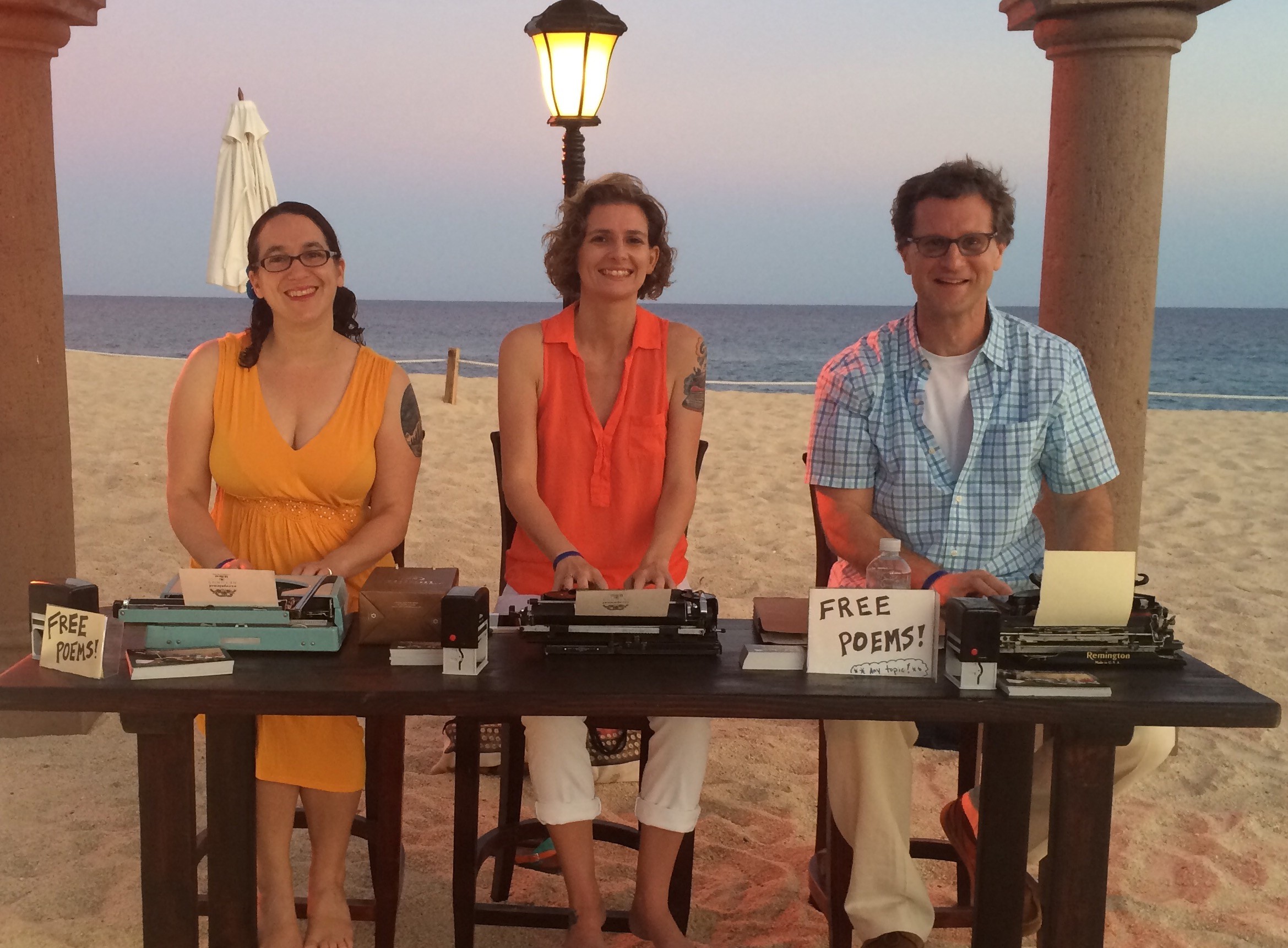 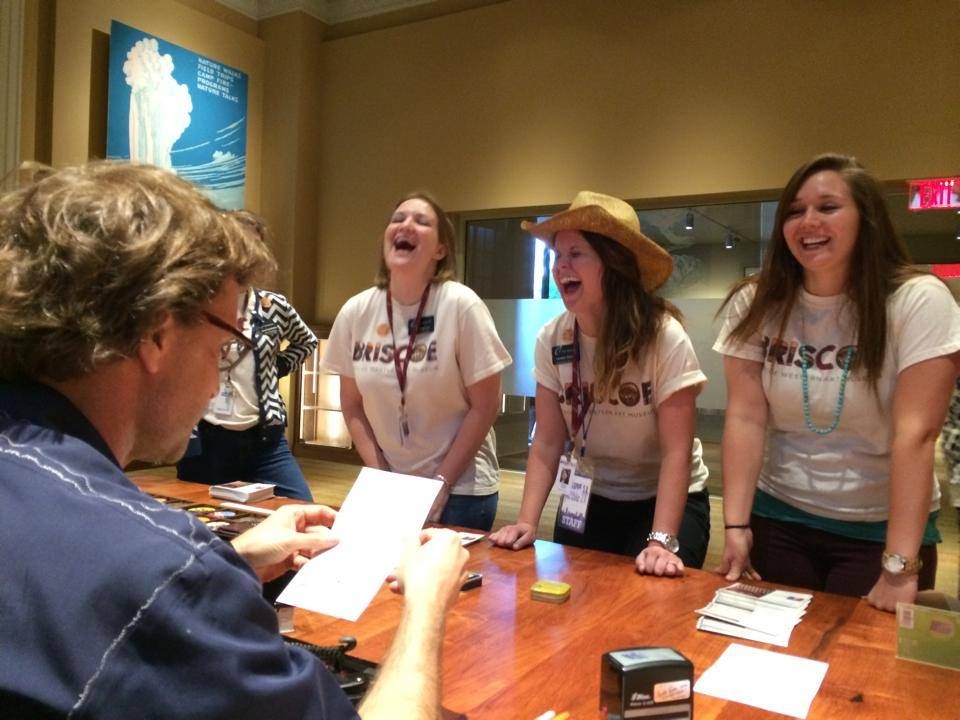 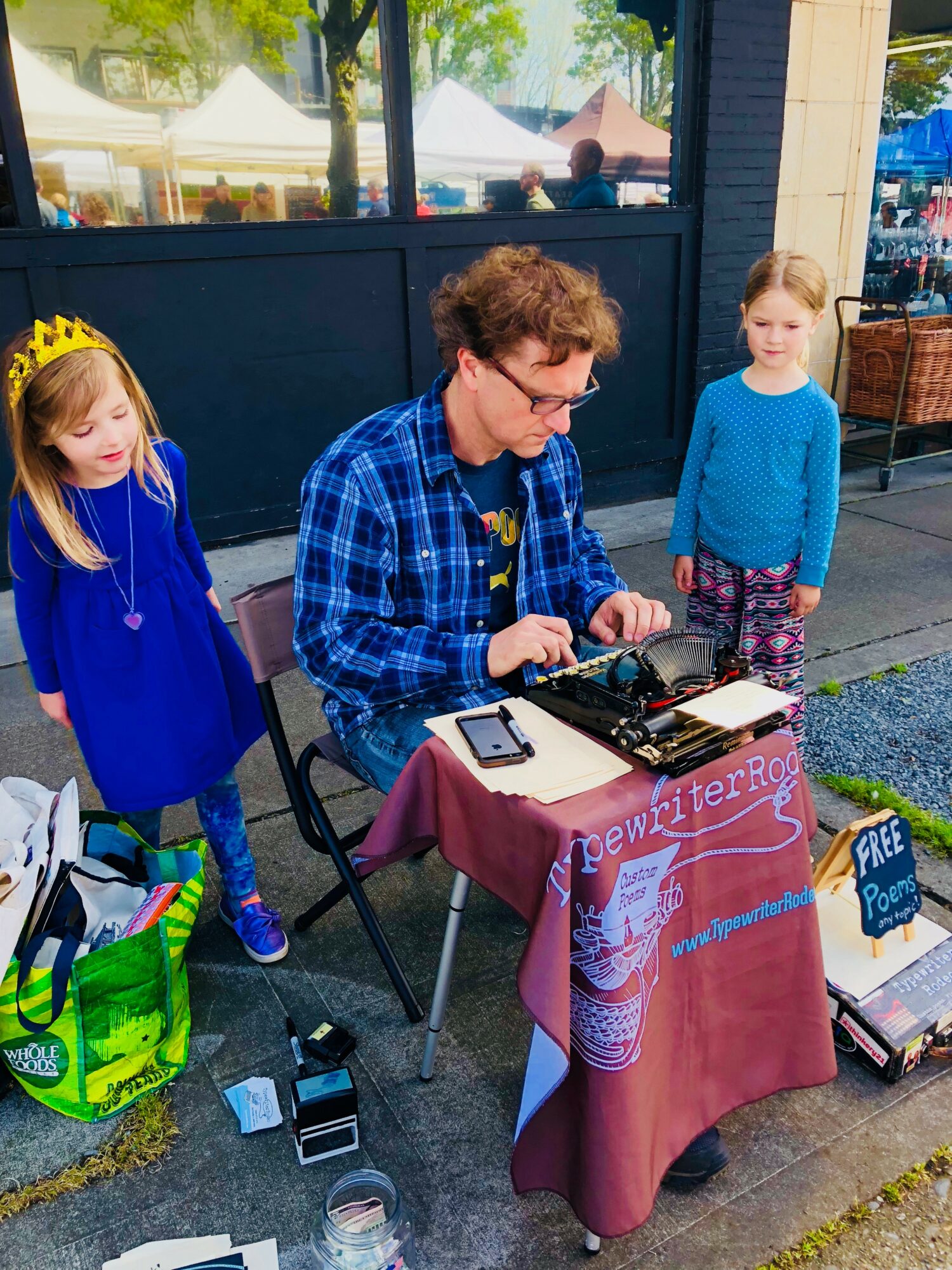 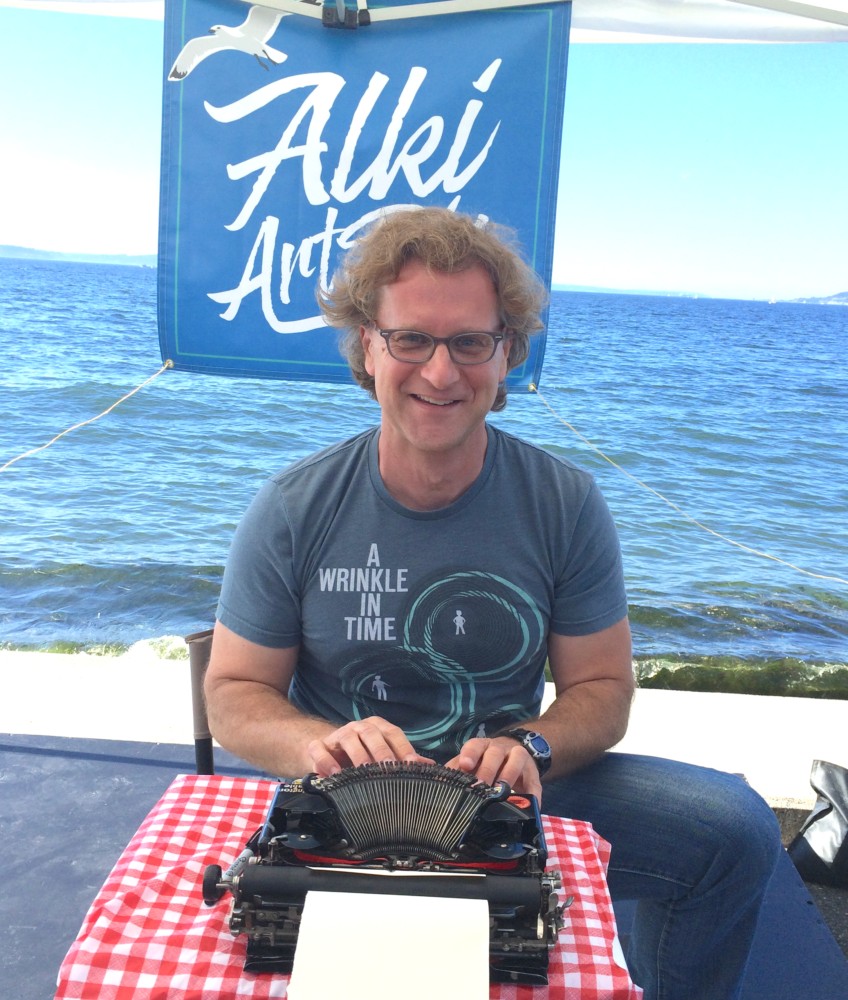 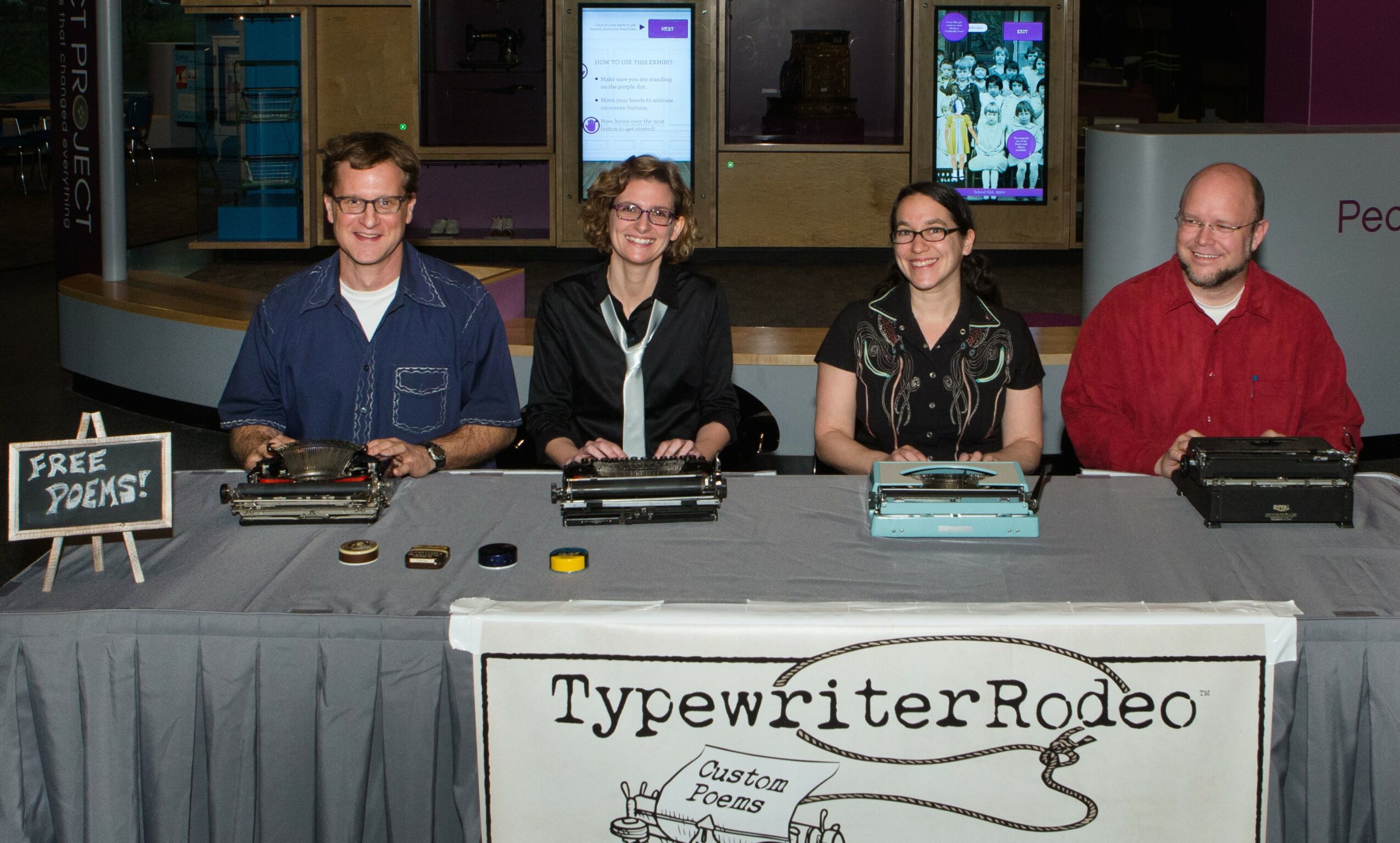