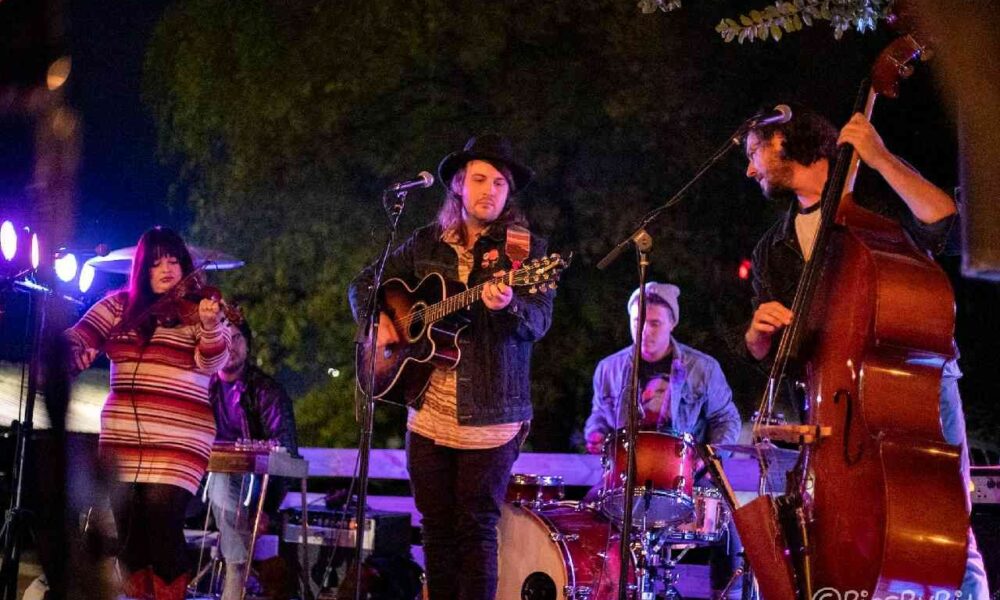 Today we’d like to introduce you to Eric and Anna Madden.

Alright, so thank you so much for sharing your story and insight with our readers. To kick things off, can you tell us a bit about how you got started?
Eric: I would say that the definitive start of our band was 2014 when Anna and I met. She had auditioned to be the fiddle player for project that I was developing in Nashville while attending Belmont University.

It was a mere five days after she joined that we realized we had both found the one we were looking for, and we started dating. Exactly one year later, we were married at the same church where Johnny Cash and June Carter had wed in Franklin, Kentucky.

A few years passed, and while we continued growing as a couple and as musicians, gigs and like-minded bandmates had become articles of mythology in Nashville. With lots of new and old songs that we had labored over and no one to play them nor hear them, we knew it was time to move on. Since Anna is a Texas girl from Katy and since Austin is Austin, it was essentially an unspoken conclusion to head out west. So, after sardine-packing up our clothes, instruments, cats and dog into my single cab ‘07 F-150 and adjoining U-Haul trailer, we lit out from Tennessee and arrived in Austin on Halloween morning 2017.

After a few months of getting settled, we happened across Eric McKinney’s Wonderland Studios, which he specifically dedicates to artists who need to record on a shoestring budget. We found in Eric not only a great producer/engineer/multi-instrumentalist but also a musical guru filled with experience and sage advice, as well as a great friend.

Since meeting Eric McKinney in 2018, we have recorded an EP (released August 2019) and a full-length album (to be released in 2022) at his Wonderland Studios.

Alright, so let’s dig a little deeper into the story – has it been an easy path overall and if not, what were the challenges you’ve had to overcome?
Anna: Struggles are what make music better! Some say the best songs are the sad ones. It was definitely a challenge making the spurn of the moment decision to leave Nashville but I am so glad we did. Austin is definitely more of our kind of vibe. Finding the “perfect” bandmates is also a struggle but no one is perfect! Eric is the primary songwriter although I do contribute lyrically more and more and we both equally contribute to the melodic side of songwriting so we consider ourselves as “the core” of the band. Covid-19 and the closures of venues since Spring 2020 definitely hit us hard. We went into the studio the first week of March 2020 to record our first full-length record as a band and less than two weeks later, the whole world shut down. We were slated for countless shows and some festival dates that summer. Gigs have picked up but nowhere near they were before Covid started. We have high and bright hopes for 2022! Working as an independent musician also definitely has its challenges but it is so worth it. It is so gratifying to share stages at famous venues with well-known artists knowing that they are fully represented with agents, managers and PR, while we manage and book ourselves. Some of our favorite venues in Texas include Coupland Dancehall and Shroeder Hall.

Thanks – so what else should our readers know about your work and what you’re currently focused on?
Anna: So many musicians say that their music is hard to describe or doesn’t fit into a genre – we definitely fall into that category! We our music “Cosmic Appalachian Country”. Eric is from the Appalachian mountains of Eastern Kentucky, the home of bluegrass and country music. Our music is a mix of progressive bluegrass and cosmic country while still embracing traditional aspects of both genres and incorporating touches of rock n roll. Eric started singing and playing guitar at a young age and honed his craft through singing competitions and private instruction while still being mostly self-taught. I had a more traditional start as a classical violinist, taking private lessons, playing in various orchestras, attending conservatories, eventually teaching myself fiddle tunes before studying with well-known fiddle players in Nashville. Upon releasing our first self-titled EP in August 2019, we received many reviews from prominent blogs and publications such as The Alternate Root and The Deli. Rye Mountain Revelry has also received airplay on radio stations throughout Texas, California and Kentucky. Before music, visual art was my first love. I also studied music business in college (marketing, management, copyright law, etc). My goal was to be a full self-serving entrepreneur. I thought, “if I can do this myself, why pay someone else?” Currently, I manage Rye Mountain Revelry, handle our bookings, advertising, promotions, and have started doing our own album art (see “Drifter’s Melody” single cover – released October 2021). We also independently release all of our music, our EP and latest single are available on Spotify, Apple Music, YouTube and anywhere else you can listen to music!

How do you think about luck?
Eric: We don’t really view things in terms of luck. Sure there are fortunate moments of opportunity that have presented themselves for our career, but we strongly affirm that hard work, determination and patience are the keys to our current and continued success. When planting seeds, you can either wait for rain or gather water yourself in order to see them flourish, and we are always going back to the well to draw from it as much as we can. 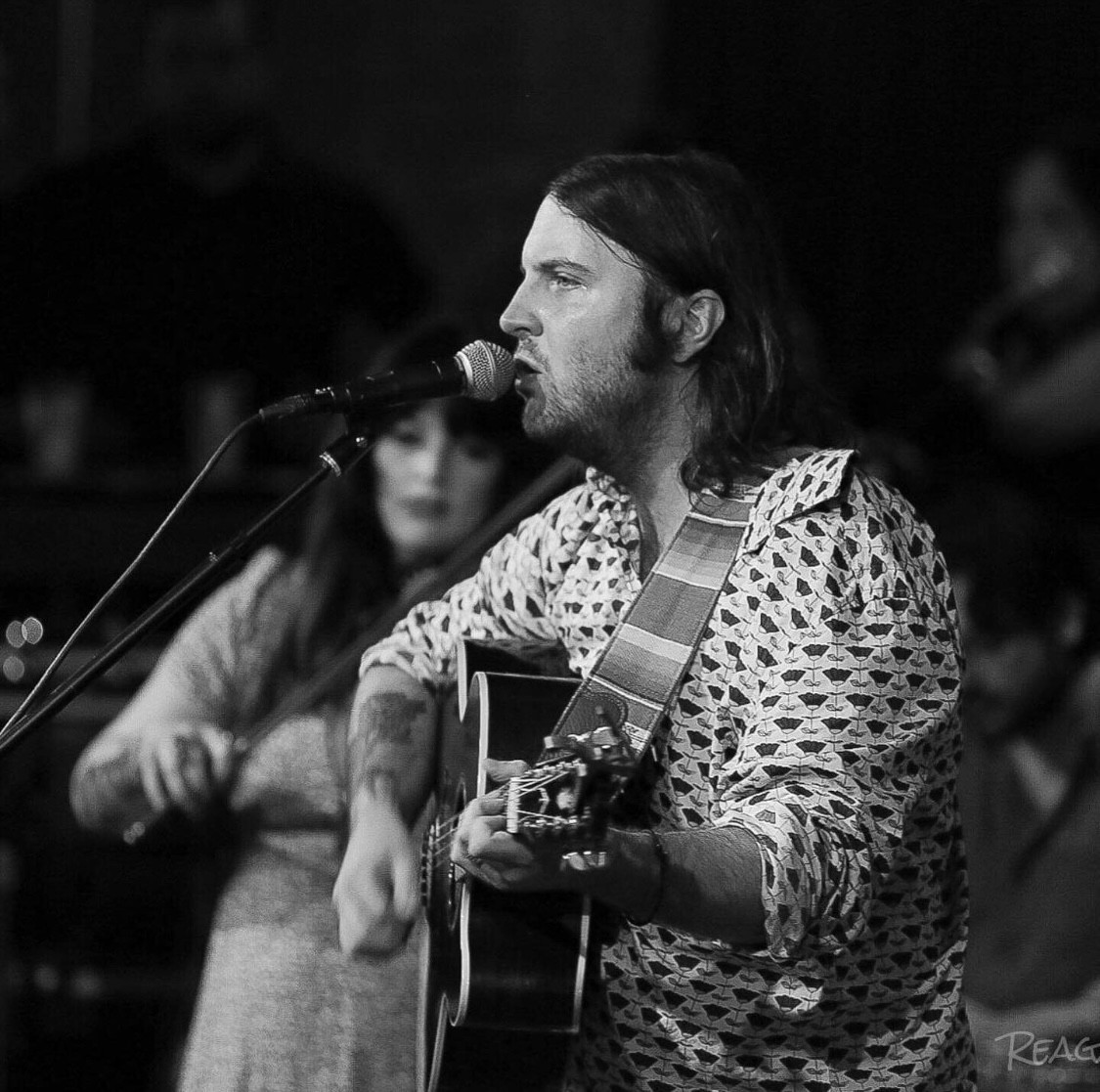 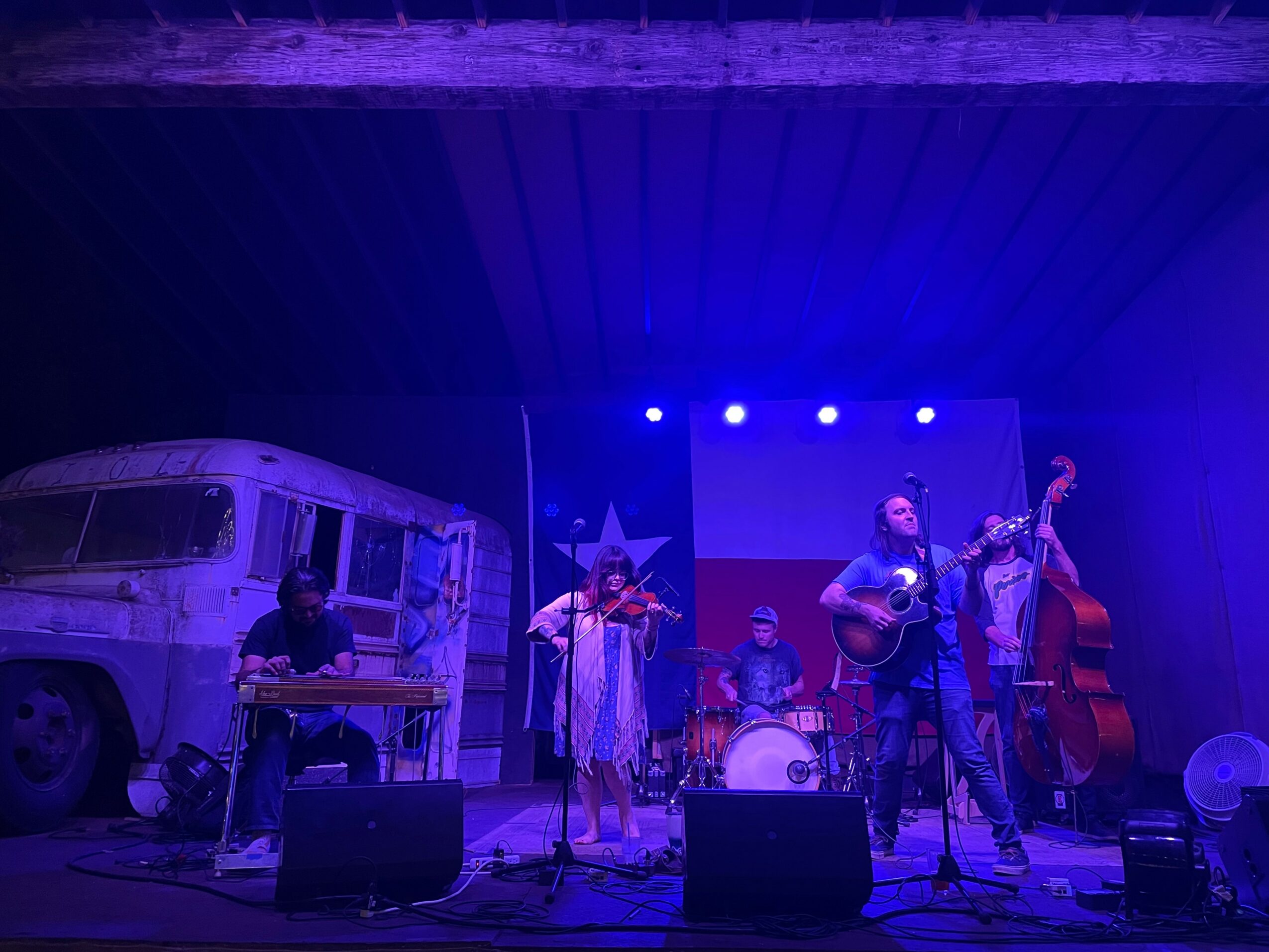 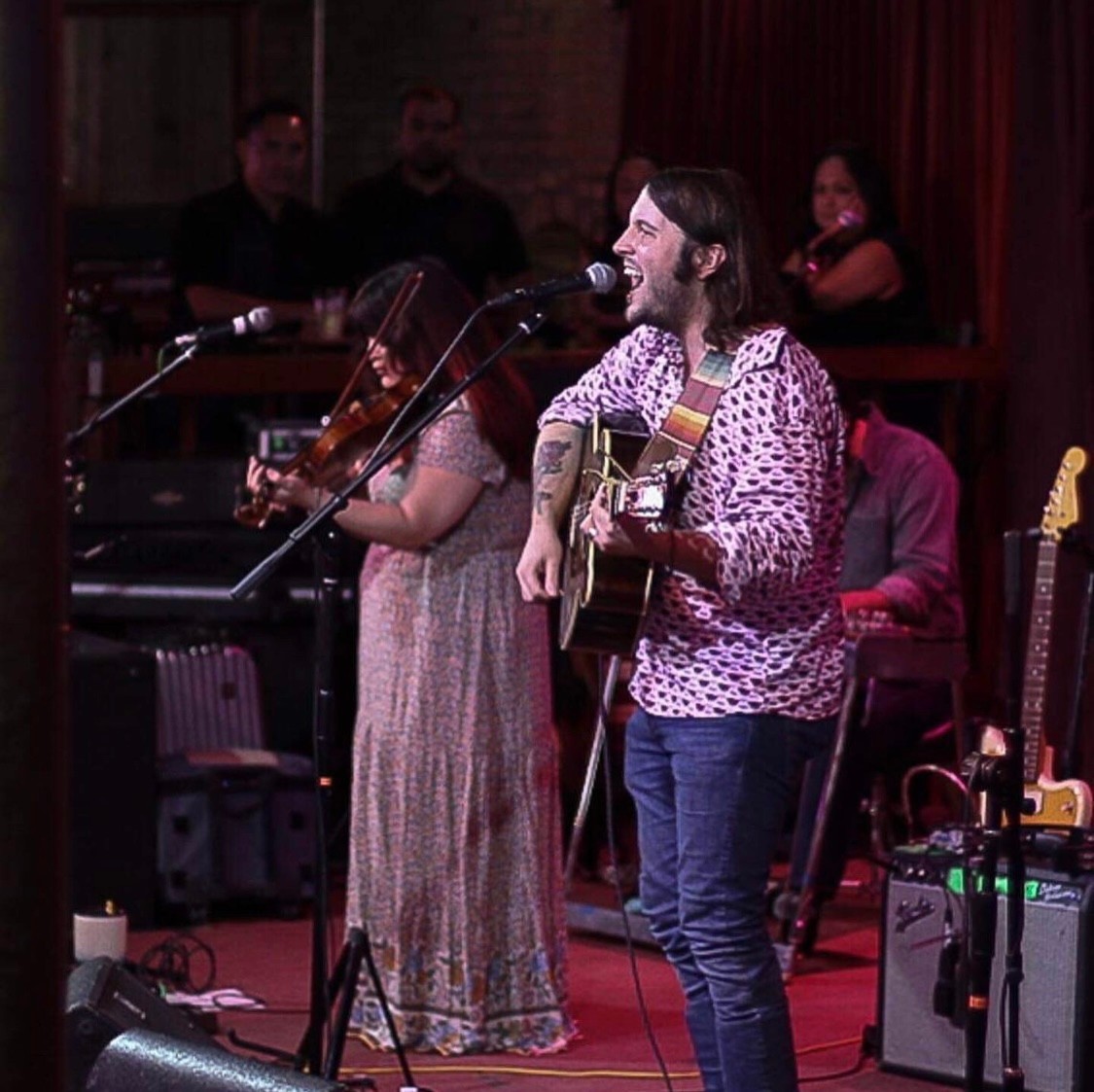 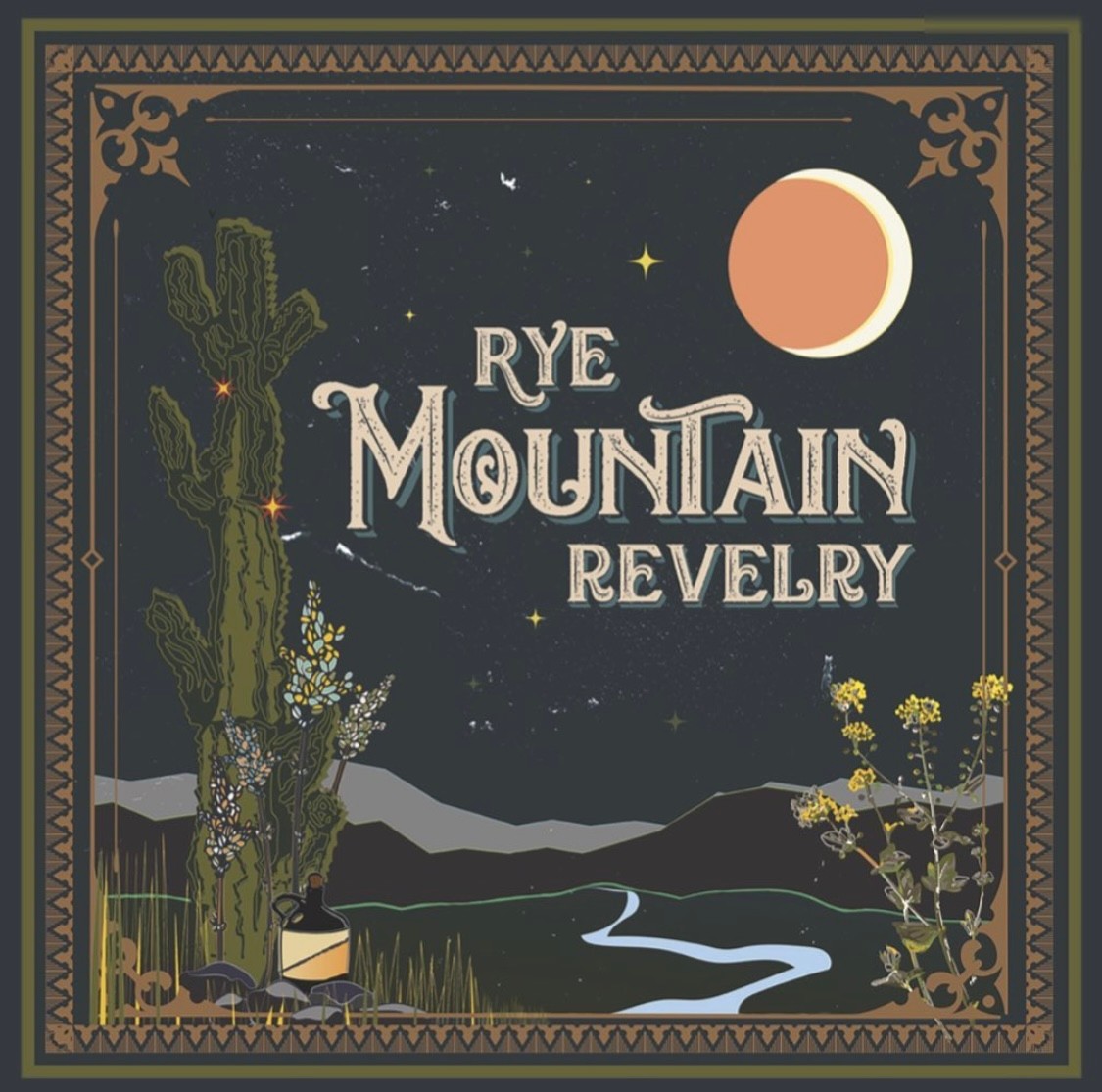 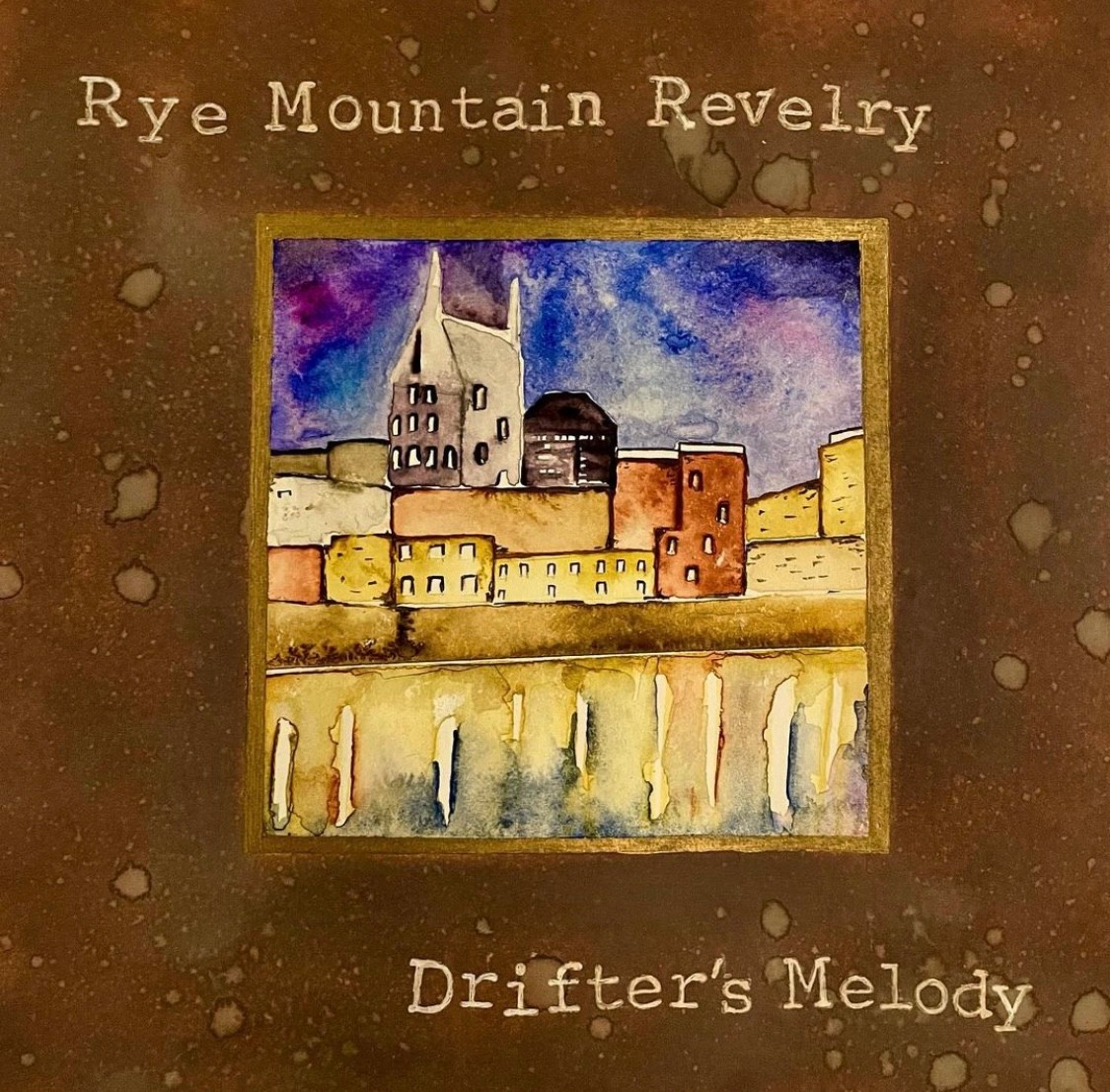