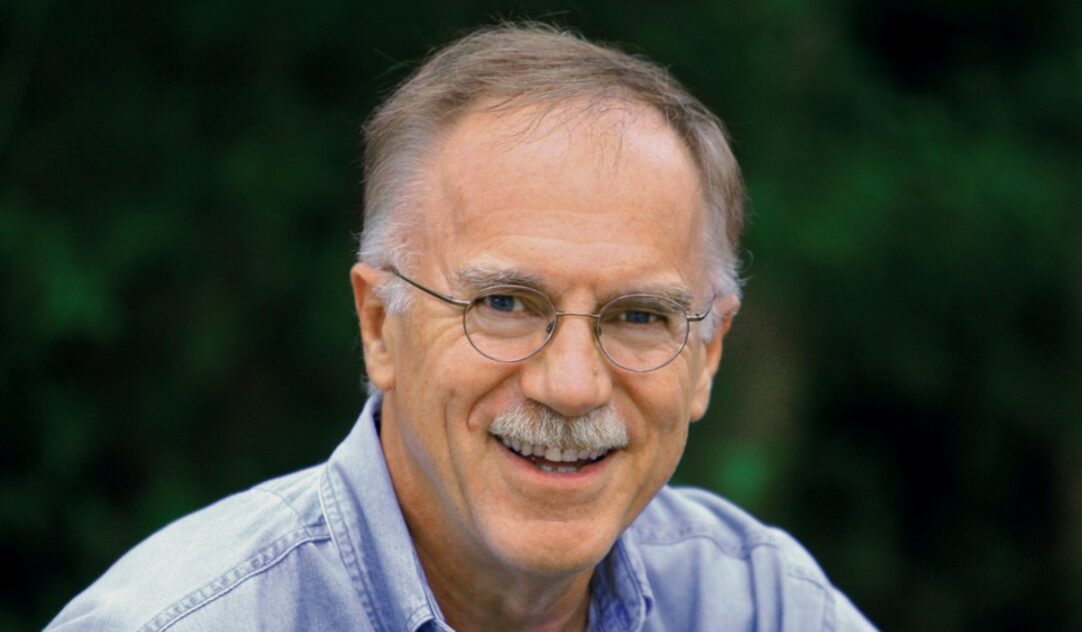 Today we’d like to introduce you to Merlin Tuttle.

Hi Merlin, thanks for sharing your story with us. To start, maybe you can tell our readers some of your backstory.
Follow your passion! I became interested in small mammals when a scientist who studied them (called a mammalogist) came to my school and spoke to my fifth grade class. He told about some of his discoveries, but most importantly, he shared experiences and photos from his most recent trip to a Central American rain forest. I’ll never forget saying to myself, “You mean scientists can actually get paid for having fun adventures in remote jungles? That’s what I want to do!”

By the time our family moved to Knoxville, Tennessee, I was quite comfortable seeking the advice of local mammalogy professor Dr. Joe Howell at the University of Tennessee. He enthusiastically became my mentor and helped me write my first three scientific papers based on high school research projects.

I soon discovered that gray bats lived in a cave near my home. They were only present in the spring and fall. But books on mammals all said these bats lived in a single cave year-round. For a year, I carefully recorded their arrivals and departures and became convinced that they were migrating.

I persuaded my mother to drive me to the Smithsonian in Washington, D.C. But because we didn’t know anyone there, we just arrived unannounced and told the receptionist we’d like to meet a bat expert. Within a few minutes, Dr. Charles Handley, Director of the Division of Mammals, and a bat expert came down and warmly welcomed us. In fact, he spent most of the day showing me their collections and introducing me to U.S. Fish and Wildlife staff in charge of bat banding.

They advised me on how to band bats and gave me several thousand bands so I could try to figure out where my bats were going. This led to incredible discoveries. My bats, that supposedly didn’t migrate, were traveling as far south as Florida in spring and returning north in the fall, the opposite of what I had expected!

I had finally found my passion. It wasn’t just small mammals. It was bats. I eventually banded more than 40,000 gray bats and had many exciting adventures tracking their movements and behavior in a study that became my Ph.D. thesis. Many of the details are available in my book, The Secret Lives of Bats: My Adventures With the World’s Most Misunderstood Mammals.

Would you say it’s been a smooth road, and if not what are some of the biggest challenges you’ve faced along the way?
The biggest struggle when I began my conservation efforts in the early 1980s was that, despite the long history of bats living safely with humans, almost everyone mistakenly believed that bats were dangerous! When I moved to Austin in 1986 there were newspaper headlines reading, “Bats Sink Teeth Into City”. Citizens signed petitions to have the bats eradicated. “Mass Fear in the Air as Bats Invade City,” the local paper proclaimed.

That’s when I began my campaign to save the Austin bats using my conservation philosophy of “winning friends not battles”.

I talked to Austin city officials, explaining that bats make safe and invaluable neighbors. Just this one colony was eating tons of insects in a single night, including moths and beetles that destroy crops. I didn’t get in anybody’s face. I simply dealt with the facts, educated people and let them make their own decisions.

It worked. The bat colony was protected and now it flies in every Spring from Mexico and begins leaving with cold fronts in October or November. The bats have proven to be invaluable neighbors, providing essential pest control attracting millions of tourist dollars annually, all while decorating Austin’s night skies.

Alright, so let’s switch gears a bit and talk business. What should we know?
I founded and led Bat Conservation International for nearly 30 years, retiring from leadership there in 2009. However, demands for my unique experience only grew, so I founded an all new organization, Merlin Tuttle’s Bat Conservation (MTBC) in 2014. My goal was to more effectively share my 60-year legacy of experience, diplomacy, and photographic documentation of bat values and needs. My work is now exclusively supported through MTBC.

When you peruse our one-of-a-kind website, you’ll discover unsurpassed photography found nowhere else. You’ll also quickly see that our resources cover numerous topics and that we take pride in addressing controversial issues and providing links to supporting research documentation. We have quickly become the international leader in debunking sensational disease speculation involving bats, often using our Austin bats as an ideal example. Recently, unfounded claims are again unleashing widespread intolerance of bats that provide invaluable ecoservices and billions of dollars worth of crop protection but are already America’s most endangered mammals. Our goal isn’t to compete with existing bat conservation organizations (most of whom exist as a result of my early efforts) but rather to empower and encourage them for greater progress.

We’re delighted to share our photos and resources. We address the most important issues, regardless of popularity or lack thereof, from irresponsible disease speculation, much-needed rabies and White-nose Syndrome policy changes, and new approaches to the wind energy crisis for bats to threats from pesticide addiction and climate change. And we have an upcoming publication on all things bat houses, which will be the most up-to-date of its kind.

If you like our unique services, we’d be most appreciative of your help!

Can you talk to us a bit about the role of luck?
I flunked the fifth grade and nearly flunked out during my freshman year at the University of Tennessee! I was so busy learning about bats and other small mammals that I just never seemed to find time for school work. But I was making invaluable progress of a different kind. Luckily, an insightful teacher finally convinced me that being a good scientist meant learning skills that I had never thought I needed. By then, I knew I wanted to get a Ph.D. degree in mammalogy, an impossibility without becoming a better student. Still, I found some subjects nearly impossible until I learned their relevance to my goals. When for my doctoral thesis, I was able to focus exclusively on bats, my early efforts paid off. I finally graduated with honors.

Early in life, virtually everyone is curious about living things and the natural world. Sadly, too often, we are frightened away from science when we are told we must memorize seemingly endless scientific names and master math before having a chance to see how much fun scientists can have using these tools to make exciting discoveries.

At least for me, motivation was everything! I didn’t even learn to read till an insightful fourth-grade teacher introduced me to higher-level books on subjects that interested me. As a freshman at the University of Tennessee, I struggled with courses that didn’t seem relevant. I nearly flunked Spanish and considered it practically impossible till I was offered a grand adventure, working for six months as a mammalogist on the American Museum of Natural History’s 1962 Uruguayan expedition. Suddenly motivated, Spanish became easy and I often served as the expedition interpreter. When I returned to college, impediments such as foreign language no longer seemed so impossible. 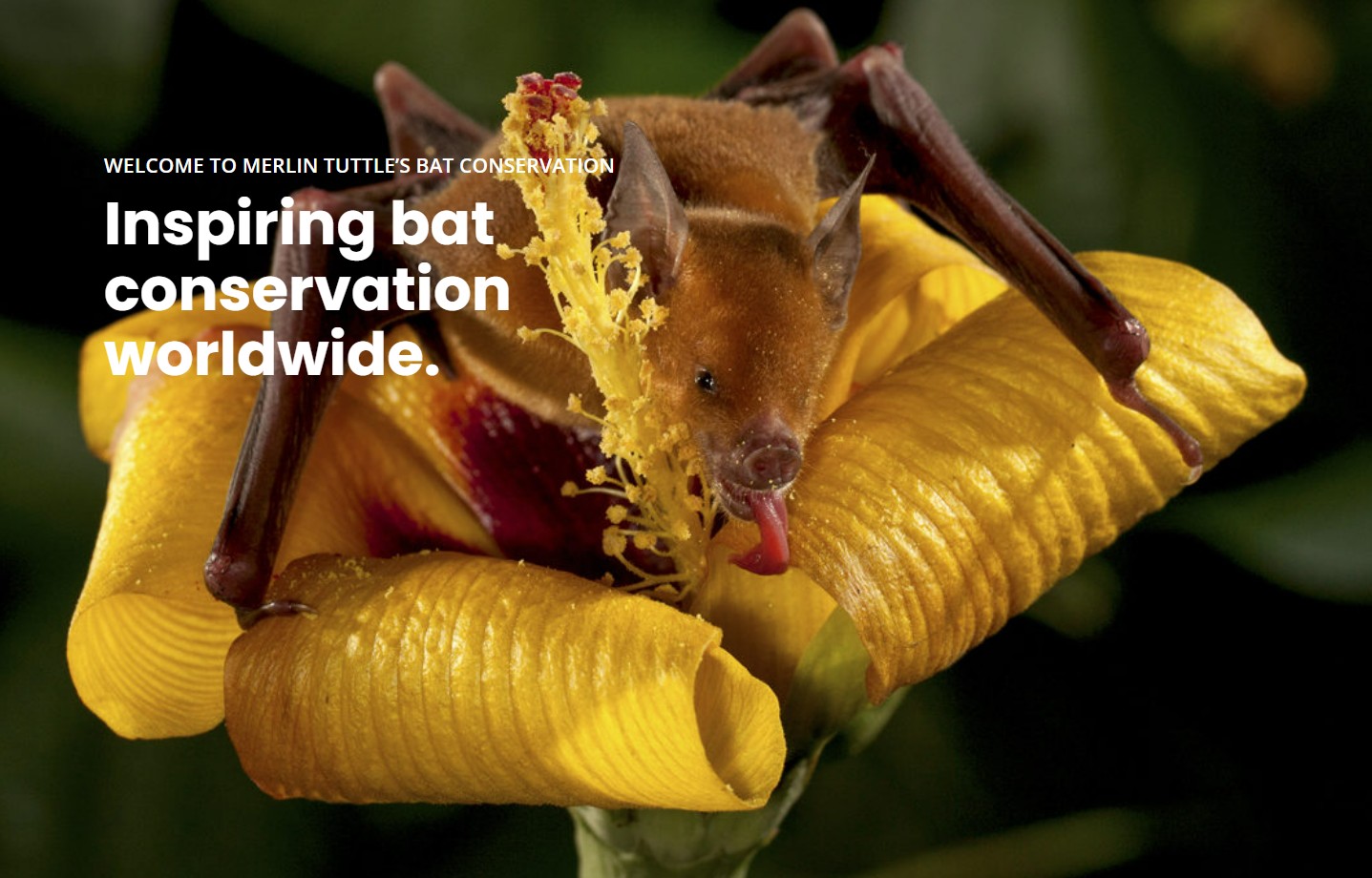 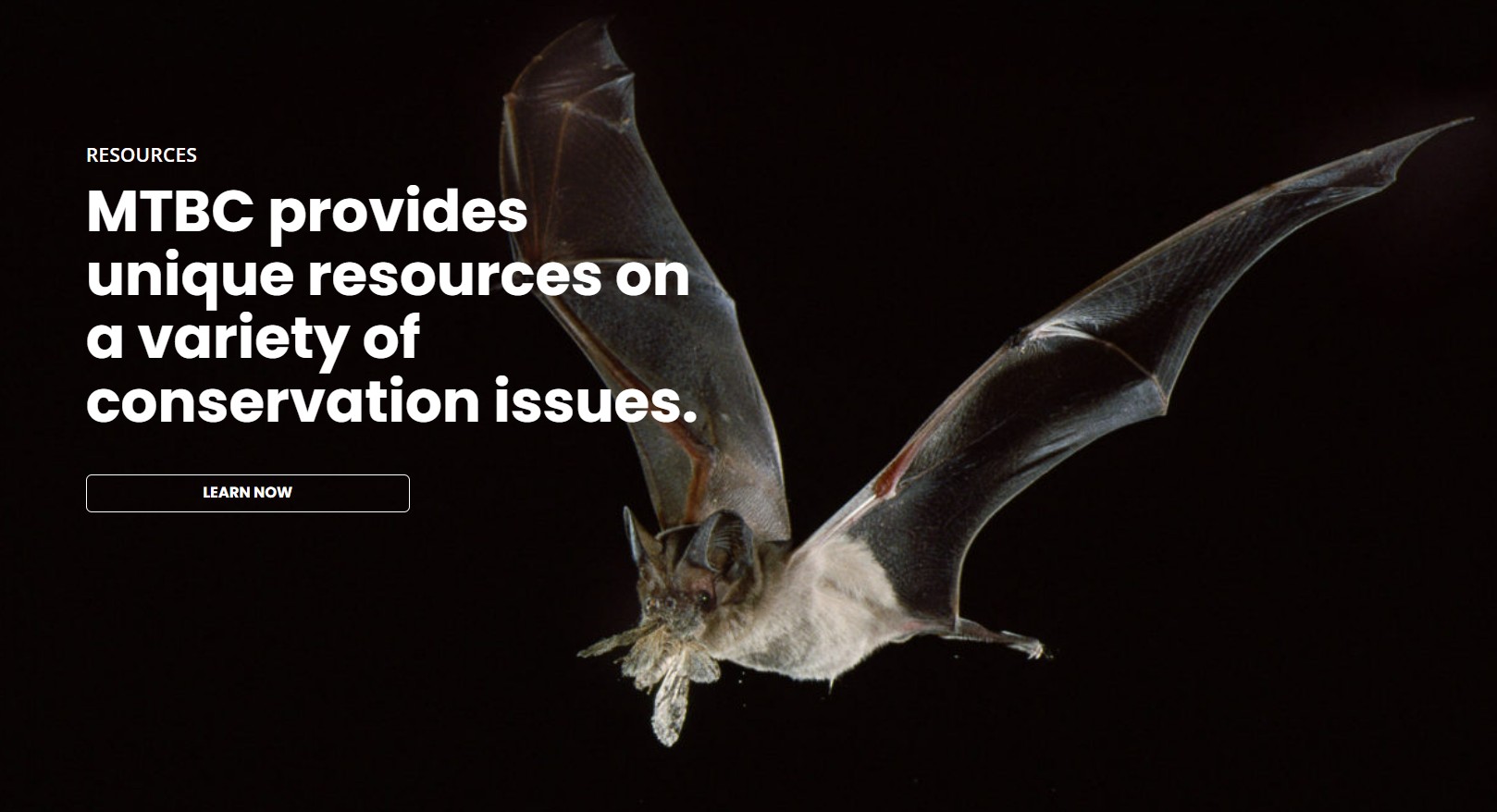 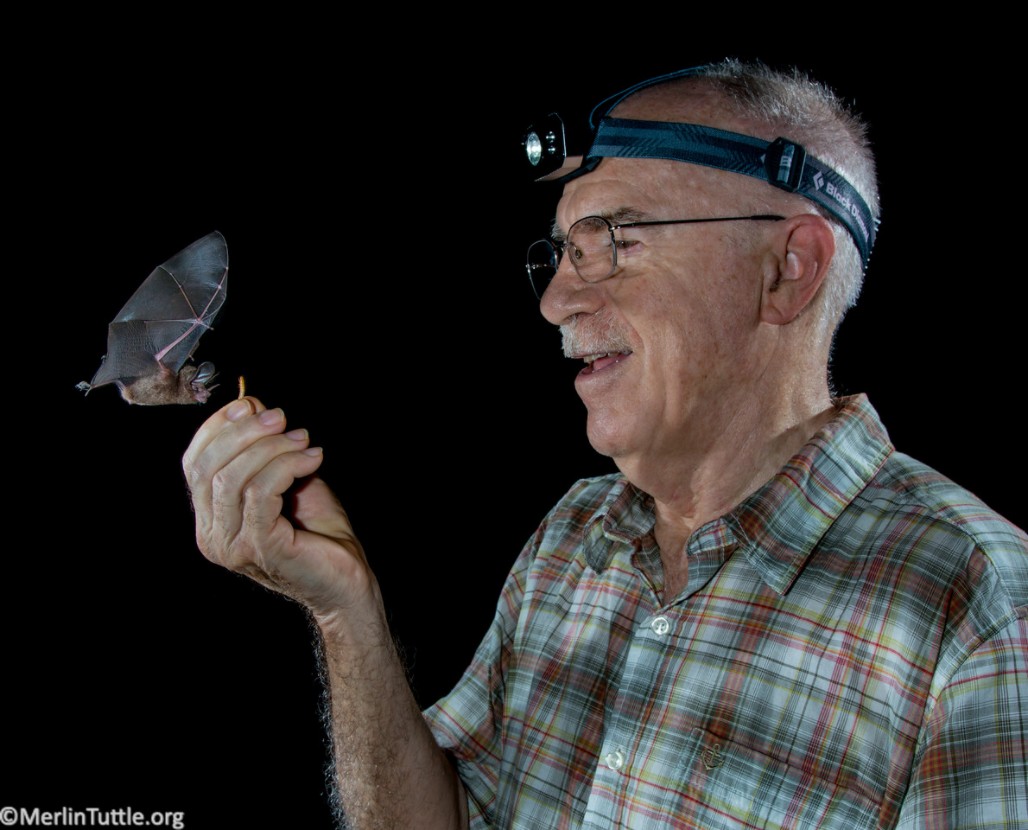 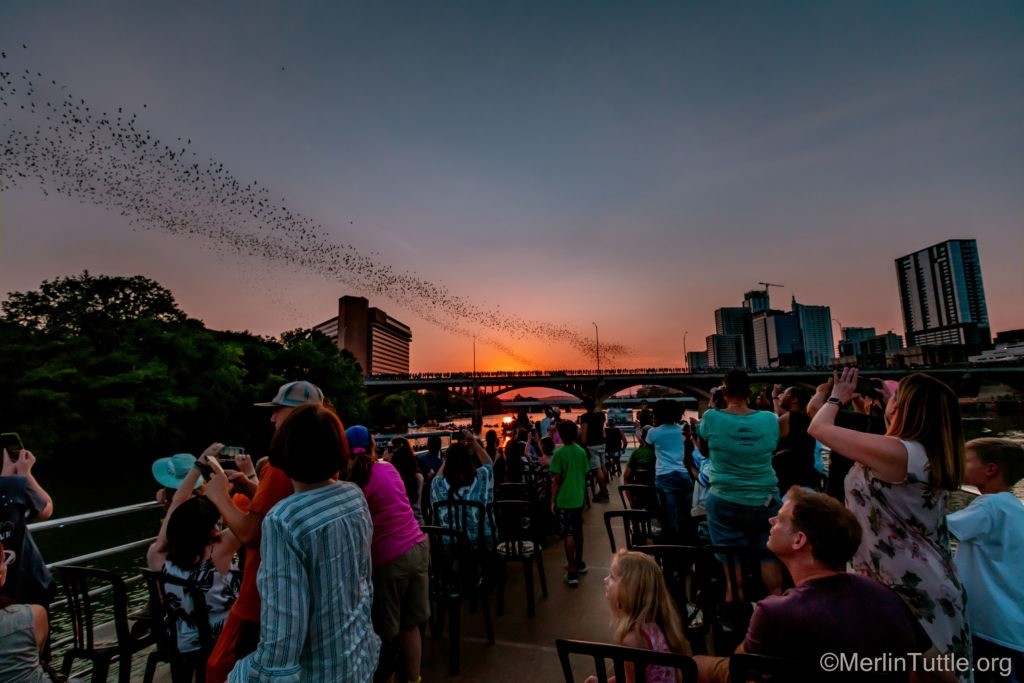