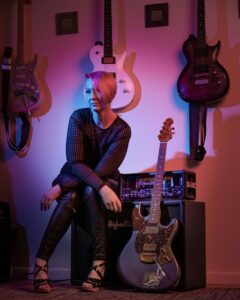 Today we’d like to introduce you to Alex Winters.

Hi Alex, thanks for joining us today. We’d love for you to start by introducing yourself.
Being in a band or making music was pretty far off of my radar when I first started writing songs, but after realizing that it was in my blood, I decided to push myself to try to make it full time. The most pivotal moment for me was when I saw William Shatner speak as part of his “It’s His World We Just Live In It” tour. He talked about all of the awesome projects he’d been a part of and that he only ever said yes to things that he thought would be fun to do, not whether he thought they would make money or not. That really spoke to me. And after years of battling with extreme stage fright, I realized that if I wanted to do awesome things with my music then I had to start saying yes to things. Which at first meant saying yes to ANYTHING and then everything, and over time I have begun to be more selective in the stuff I say yes to. My stage fright is very much under control now and I couldn’t imagine me that didn’t make music.

Alright, so let’s dig a little deeper into the story – has it been an easy path overall and if not, what were the challenges you’ve had to overcome?
Most of my life has been an exercise in overcoming intense stage fright. It’s only been in the past few years that I can say I’ve been able to move past it. It wasn’t all that long ago that if you and I were sitting in a room and you asked me to play a song for you, I would have frozen solid with fear and immediately said no. You may have said “pretty please,” you may have even begged a little, but the response was the same. There was no way in HELL I was going to sing for you because I was so scared that you wouldn’t like it, and I couldn’t bear the thought of rejection. Sure, I had been in a few bands over the years but being in a band is like being in a gang. You always have people surrounding you – pushing you forward, building you up. It’s different when you’re by yourself. You have to overcome, well, YOU. And I don’t know about y’all but my internal dialogue is not typically very positive. I had to start saying yes to things just so I could get over that fear. And slowly but surely through continued perseverance, I have been able to overcome it.

Thanks for sharing that. So, maybe next you can tell us a bit more about your work?
I am a songwriter first and foremost. My main instrument is guitar, and I dabble with bass and keys on occasion. I have a wide variety of influences like most songwriters and musicians do, but my main genre is rock. I’ve been told I sound similar to Amy Lee of Evanescence, Ann Wilson of Heart, Natalie Merchant, Anna Nalick, even Taylor Swift. I have a very clean voice which lends itself to a certain sweetness but the topics of my songs tend to be a bit dark. I write a lot about relationships, love, desire, and loneliness. I want people to listen to my music and know that they are not alone.

I recently produced a song for my friend Dan Guevara called “Anthony” that I’m really proud of. It was released on November 15th and you can check it out wherever you listen to music. I’ve been taking a lot of classes on song production this last year so it was really gratifying to be able to put everything I’ve been learning into practice. Dan was awesome to work with and I’m looking forward to doing more projects with him.

I also released a poetry book this past year called “Lovely, Awful, True” that is a collection of some of my favorite poems in my collection from over the years. I’ve been wanting to do that for quite some time and when the shutdown happened last year, I was able to make the time to finally put it together. It’s available on my website at https://alexwintersmusic.com/store or on Amazon both in physical and digital formats.

Can you talk to us a bit about the role of luck?
I feel like I’ve had a mixed back of luck throughout my life. I had a difficult childhood, which made it hard for me to truly nurture my creativity because I spent a good chunk of my life in survival mode. And then when my life did stabilize, it was difficult to break out of the habit of being in survival mode. At the same time, I used writing as an escape from what I was going through, so I was using it as a therapy but I was still doing it on a daily basis and still working on honing my craft even though my intention at the time was never to publish my work. That being said, I’ve always been lucky in that I’ve had good people surrounding me so no matter what I’m going through, I’m never truly alone, which I think is so important. If you have a good support system, you can overcome just about anything. I try not to think too much about luck in terms of my career because meeting the right people in the right place at the right time is like winning the lottery and you just can’t bank on that. So I do my best to keep my head down, do the work, and just try to be as prepared as I can for opportunities when they present themselves. I’m extremely lucky to be where I’m at in my life right now in that I have a wonderful partner, an amazingly talented band, and the time to pursue my creative interests on a professional level. I’m not sure it gets much better than that but I dare the universe to try! 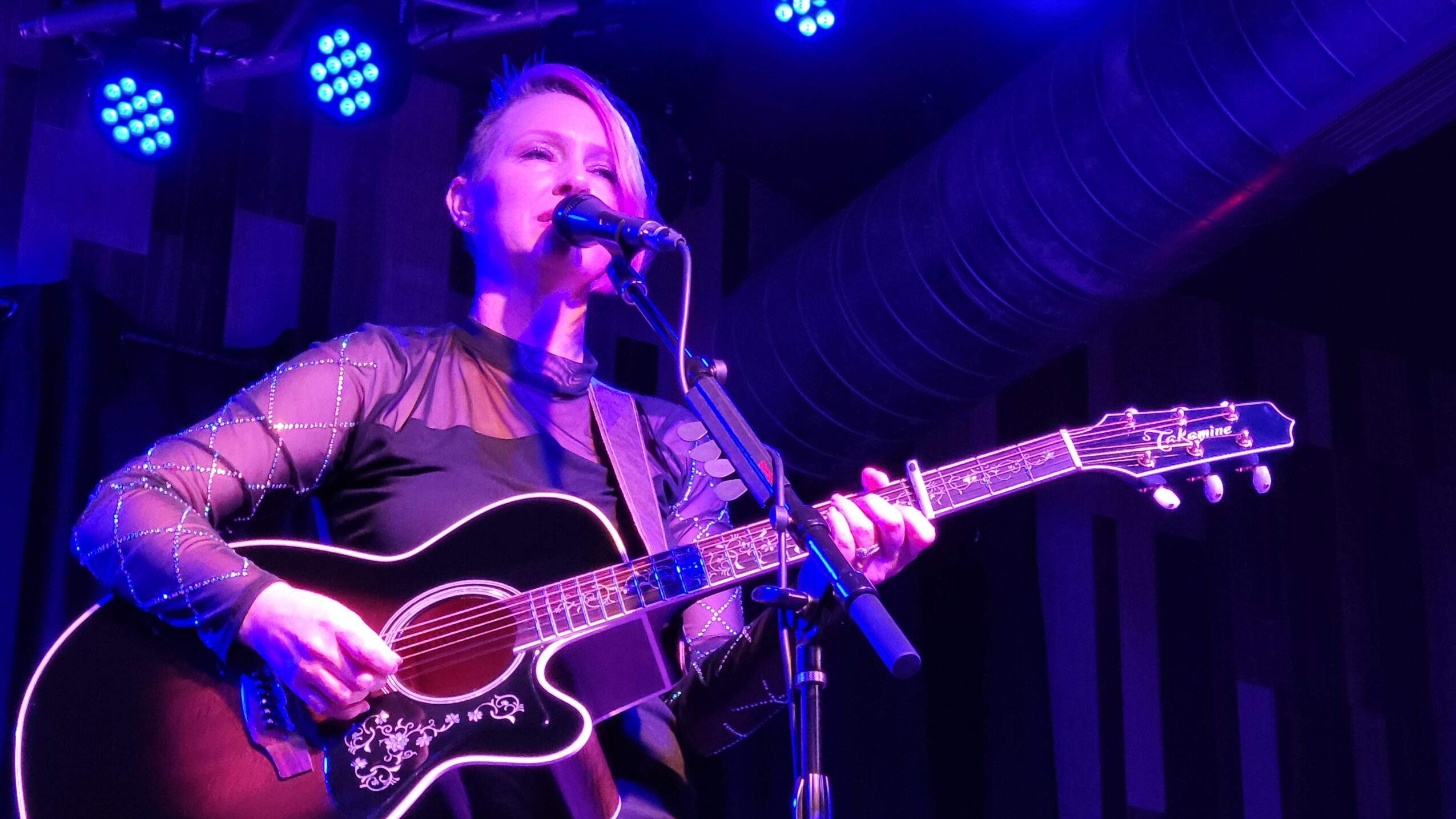 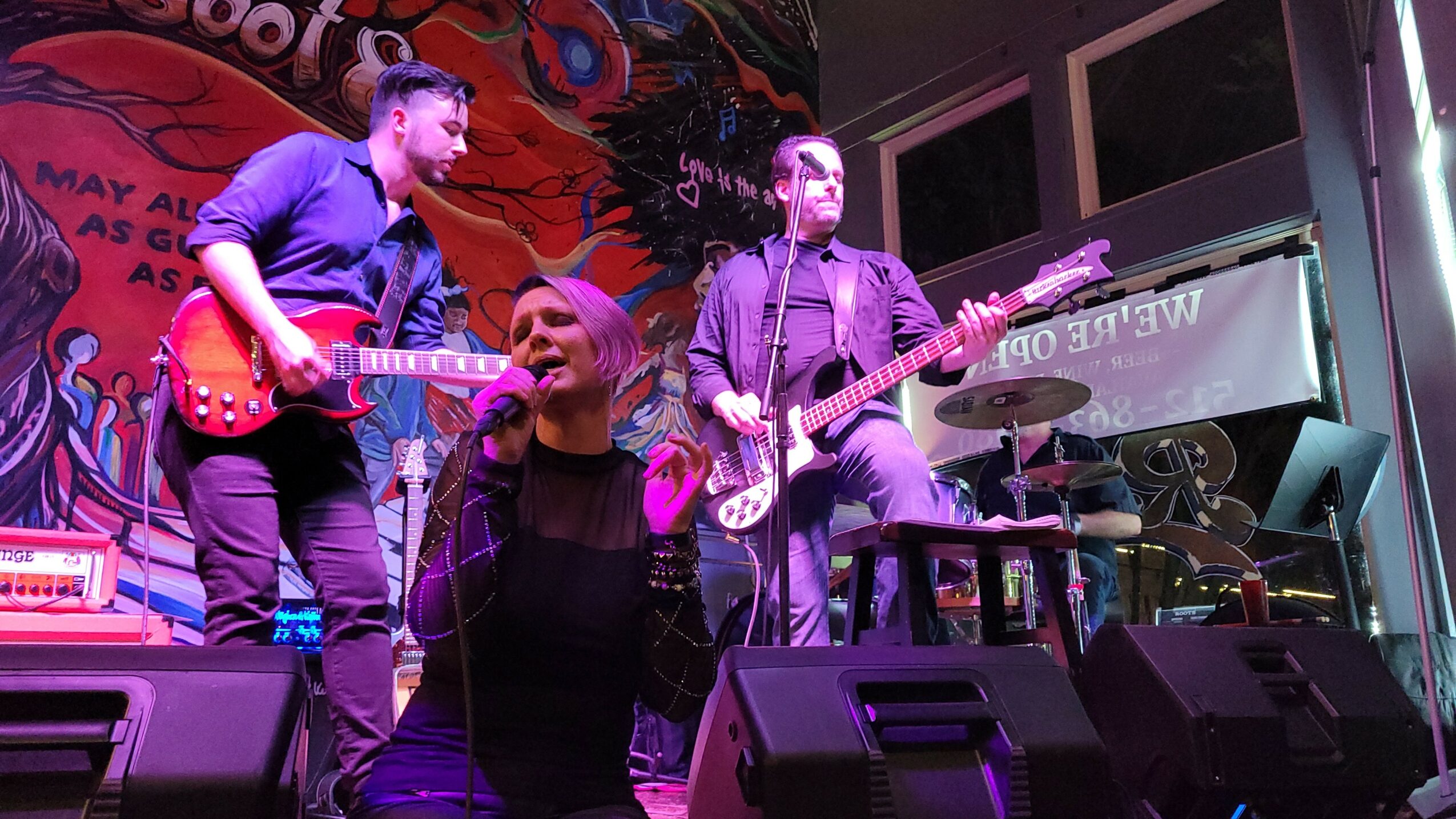