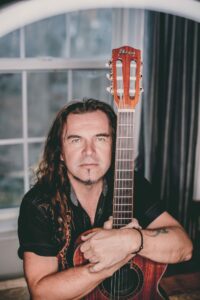 Today we’d like to introduce you to Zhenya Rock.

Hi Zhenya, can you start by introducing yourself? We’d love to learn more about how you got to where you are today?
Here is one of many funny stories about balalaika (3 string triangle Russian folk instrument). I was playing the gig downtown Austin at Frank & Angie’s and the guy in the cowboy hat across the room was having dinner, listening to me, and paying attention to what I was doing. When he finished, he headed for the door then he stopped and said:

So hey, why the three strings?

He said- hmm well here’s 5 bucks, get more strings, see what you can do with that, cause you sound pretty good boy.

I started as a musician at the age of 15 – 16, first as an everyday obsession feeling the need to play music all the time and as it followed, I got invited to do my first paid gigs, where I would get payment in rubles 🙂 As far as the band, from my early experience, I felt that being in the band is the right thing to do because it is great to play together as a group and the whole hanging as a sort of a music gang that I trust so we can behave wild on stage. Which was the big thing for me back then and somehow, it was very important to get all my emotions wild and free on stage through the music we played.

Then years later came the idea to create my very own band that would have all the elements that I love- rock, folk, hot jams, crazy solos, songs with awesome riffs, hooks, etc. Yup, we were young.

I was born in Vologda, in the former Soviet Union, and spent my youth years playing in local bands, studying classical music, and taking composition classes at Tchaikovsky college and the music college in Cherepovetz the town near Vologda. My hometown authorities were pretty strict about what type of music we played, being especially very negative towards western or foreign rock music. But we always find the way to slip some CCR, Stones, Beatles, Nazareth, Pink Floyd, AC/DC into our setlist, which was either welcomed or questioned, or else, and not knowing too clear what the song lyrics might say, we would still have fun and pull it through with energy, drive, and fun. But the “loud” music and me not being fitted as the “shy boy in the choir” became eventually the reason why I left my hometown and went to Moscow to apply for the job at the musical theater where I ended up working and writing my first suitable compositions for plays and dramas and variety shows.

On a good and adventurous note, the historical Russian- American Peace Walk happened right around that time right when our theater was playing, and many Americans and Europeans visited our shows and that’s how I became friends with those faraway foreigners from the USA and eventually, soon they did invite us as a band to Pennsylvania. After weeks in line around the American Embassy, we finally get stamps that we are in fact, allowed to visit America. And of course, the whole idea to visit the USA was like a dream, a faraway rock-n-roll dream that was about to happen.

Outside on the streets of Moscow felt like a revolution was about to happen, people talked about major political changes government overturns, but what did we know in reality? Who can even imagine that the Soviet Union could collapse? Well. I’m glad the music didn’t.

My first months in the USA started with, again the whole “back to school” thing, learning English, so at least I could say or spell my name, telephone number and answer that often-repeated question “what brought me to the States” to which usually I would reply with some crazy guitar playing. Not using the words, I guess the guitar was my magical communication wand. Learning English was fun, but it was like being pushed back in time. Imagine sitting with American kids 3-4 years younger in class and taking the assignments from the teachers, going to the library, studying, then reading my essays in front of the class that was a whole new “performance” for me.

In 1995, after taking Critical Reading and Writing at the University of Delaware and making my move to Los Angeles, we started the band Flying Balalaika Brothers recognizing our roots and folklore playing shows in that format, and also started a super fun street band which we called Red Hot Karl Marx Brothers which soon was renamed Red Elvises.

Although the band did not follow any Elvis music, it moved from instrumental surf music (with occasional yelling), surfabilly pop, rockabilly, and jump swing. Yes, we were the Kings of Siberian Surf Music, well too bad there are not a lot of places to surf in Siberia.

I always thought that hot Texas fiddle and guitar music was on my list to learn, so after touring with Red Elvises for a decade or so, after we toured through Austin many times, played the Continental Club, and it felt like home, folks in Austin were really friendly and would get the whole “ soviet Siberian boogie obsession “ I had the idea moving to Texas.

Austin felt like home almost immediately! Right after I moved, I placed an ad on Craigslist saying that the guitar player “is looking to collaborate” and that ad was answered by Pat Maselotto, the drummer of King Crimson who was also looking to do a project. With Pat, we ended up doing a project which we called Zeegrass and toured Russia together.

So yes, Austin was cool and friendly, I’ve checked almost every possible place to play and the thing about Austin in 2006 there were a lot of places to play around town, for sure, and make your rent for sure.

The idea of coming back to roots and playing Russian and Romani (Gypsy) folklore and Balkan traditional music was not leaving me, so I started booking a duo and eventually a trio as Flying Balalaika Brothers, in our song list always had classical, traditional balalaika music and songs I wrote.

Alright, so let’s dig a little deeper into the story – has it been an easy path overall and if not, what were the challenges you’ve had to overcome?
Was not a smooth road, but it was adventurous. We had soviet authorities literally pull the plugs and send everybody home, fight for our places to rehearse, and to get the gigs, had to find ways to convince ourselves that we are a band with a bunch of pretty love songs and no rock at all.

The job as a theater musician was exciting and exhausting at the same time. Back then, the soviet grocery stores were not like now, I’d say pretty limited as far as what you can buy, but we were young and driven although hungry most of the time. Rehearsing every day and periodically playing the theater show kept us happy.

And, to stay alive, we even would “hit the streets”- played acoustically on Arbat street (Downtown Moscow) and underground crosswalks for some money to get some breakfast, well, if we can find one.

When the Soviet Union collapsed and I came to the USA, the first thing I found was the band that I could set in, and lucky for me my new American music friends recognized my ability to arrange and write together, which made me really happy.

Struggles that I recall still fade away in the light of joy that we shared together on stage or in the studio, in the van, on the road, at airports, hotels, and places that we’ve traveled.

What else? “Balalaika” is a crazy attractive word to me, but as I’ve noticed over the years, it is an undoubtedly very challenging word to spell or pronounce for most Americans. So, we thinking of maybe renaming the band to just Laikas, as of one of the songs we wrote- Laika In Space

Thanks for sharing that. So, maybe next you can tell us a bit more about your work?
I love writing music, it is the air that I breathe, it is my way of connecting myself with people when I play it, and a way to find new friends. 100 %. I pay attention to what kind of music is on in people’s cars what playlist is going in the background anywhere I go. What music do people recommend? Well, it sometimes distracts me in the way that in my mind I tend to follow the hooks and trends, but deep inside I do know I will fall off that soon enough to find my way to resonate with my own voice and instrument, with the melodies that my heart wants. I play string instruments, guitars, electric and acoustic, a variety of styles, cello, accordion, bass, drums, piano. I think what separates us as a band from others is the fact that we take folk or any other genre seriously before we make any signature styles of it. Like, specifically I’m pointing out Romani music as an international soul movement and as a genre and it is very important to follow intricacy and traditions in that music before making attempts to play it, repeat it or write in that genre. And when folks from all over the world give you compliments, it does feel like we are on the right track.

Balalaika Brothers’ repertoire really is a colorful medley of styles and they are one way or another based on Balkan, Slavic, and Romani band’s cultural representations. We pick the songs and melodies that we can relate to, so we can really perform with the best ability or write in the genres that we for sure get behind.

Balalaika Brothers have three full albums and one unreleased

I record and produce music of many genres for different clients as well in my studio which I built over the years. I’ve put together, composed, and arranged music for local and international artists movie soundtracks and played parts as a guest performer on over 30 records. Since I play multiple instruments, I tend to think about the parts on those instruments suitable for compositions and songs which could feel kosher, listenable, and feel right, what is for sure sets me apart from others.

Are there any important lessons you’ve learned that you can share with us?
Listen to everything around because everyone and everything has a story that is unique and worth listening to. 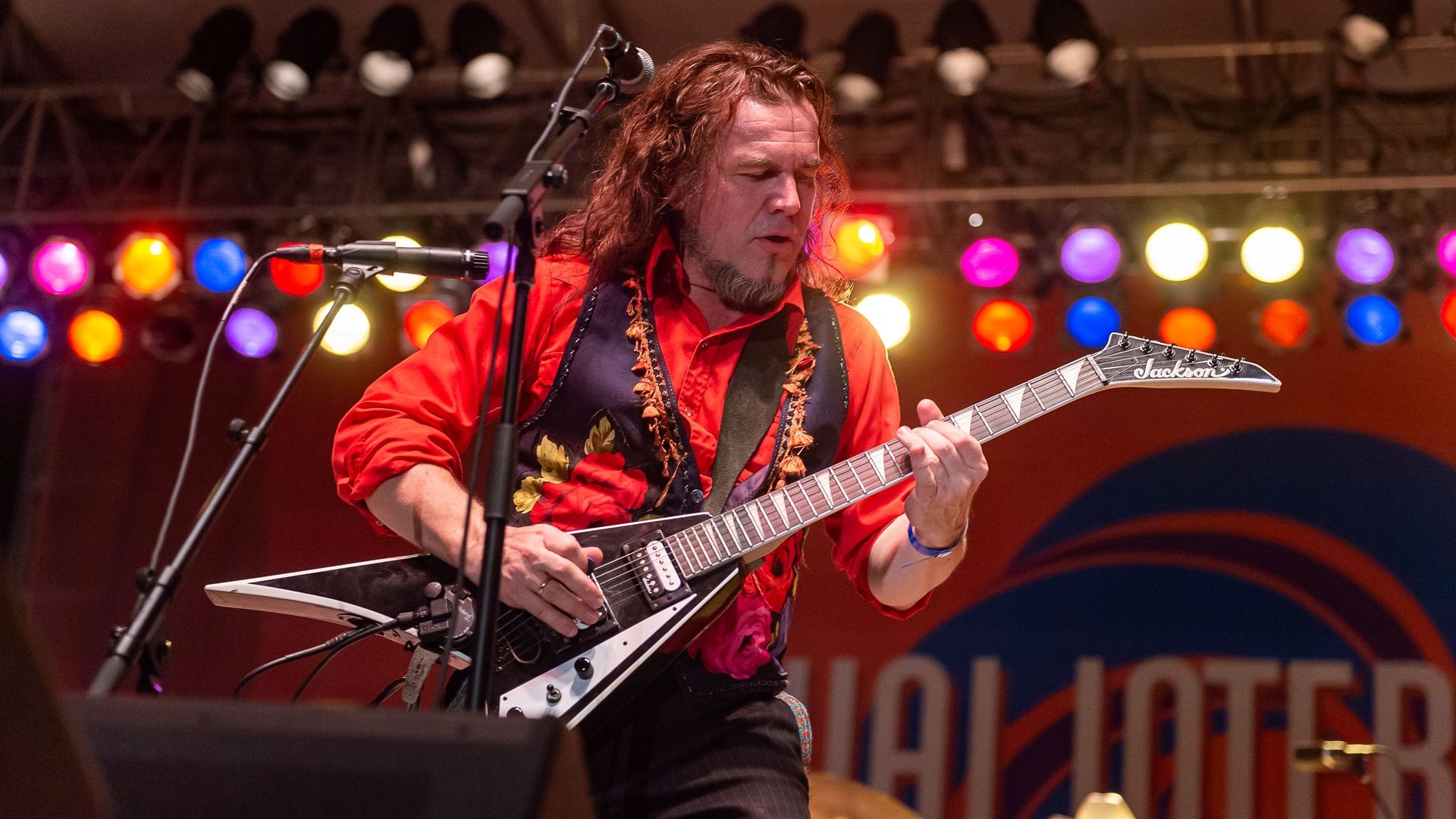 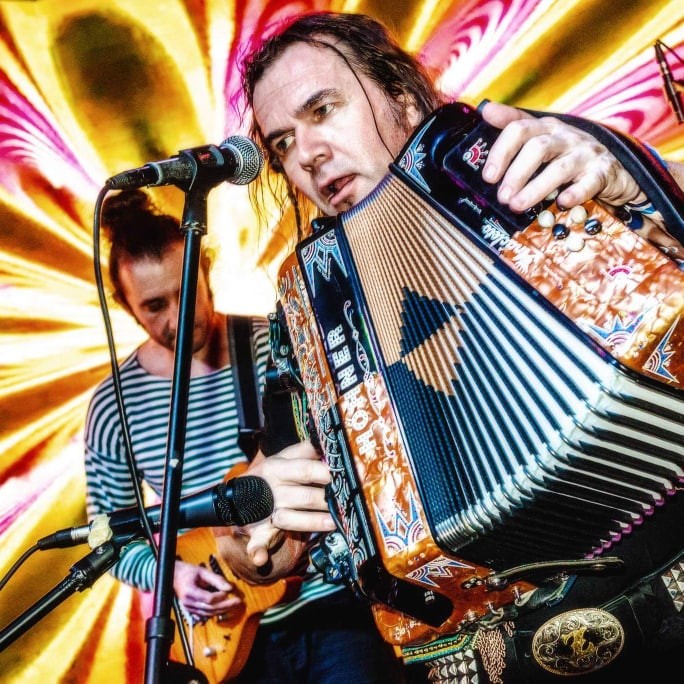 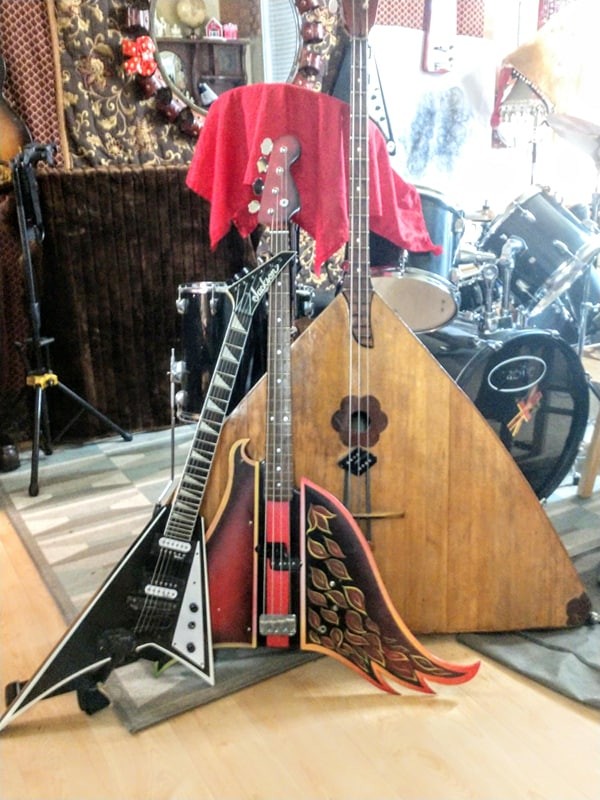 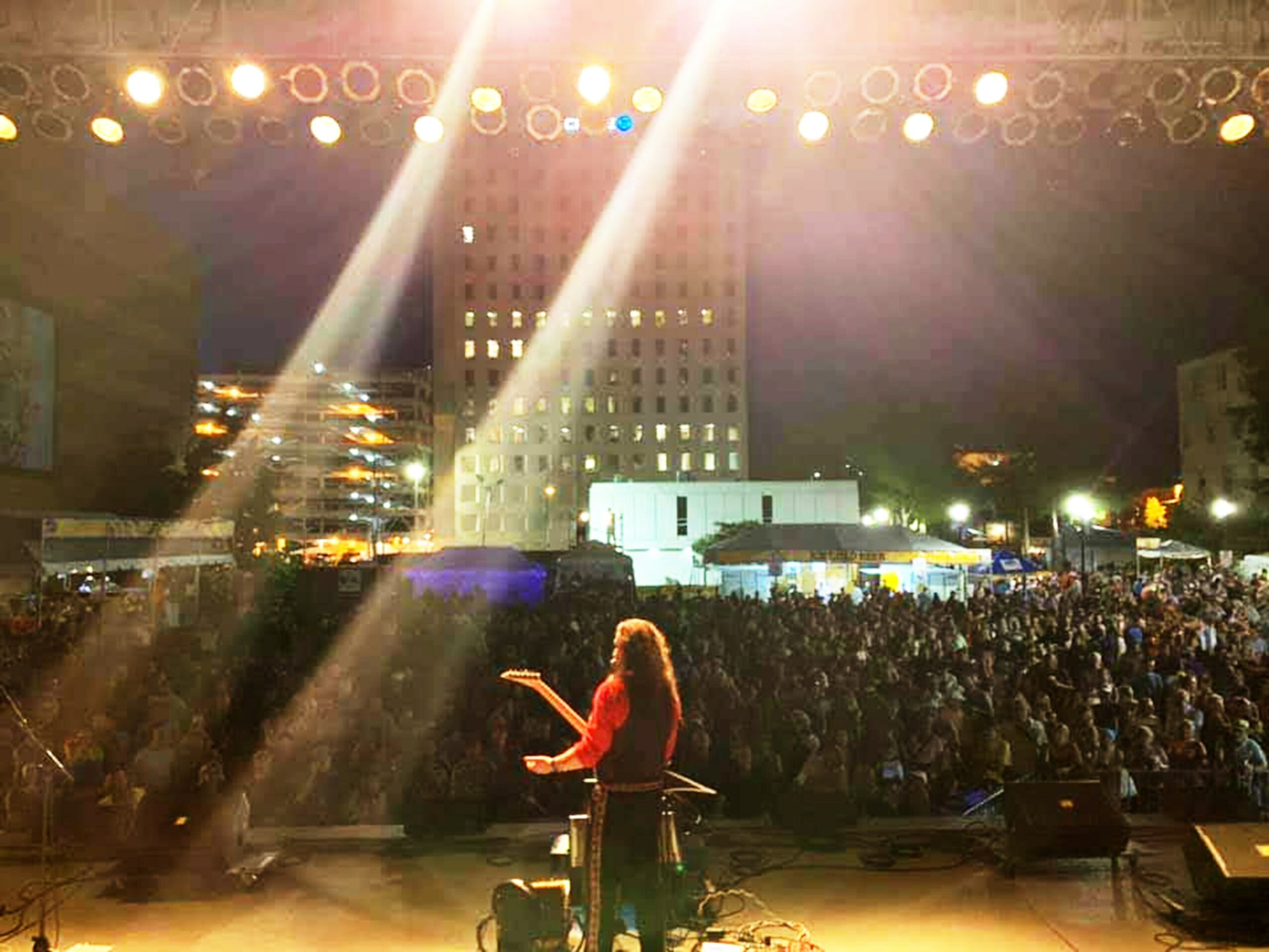 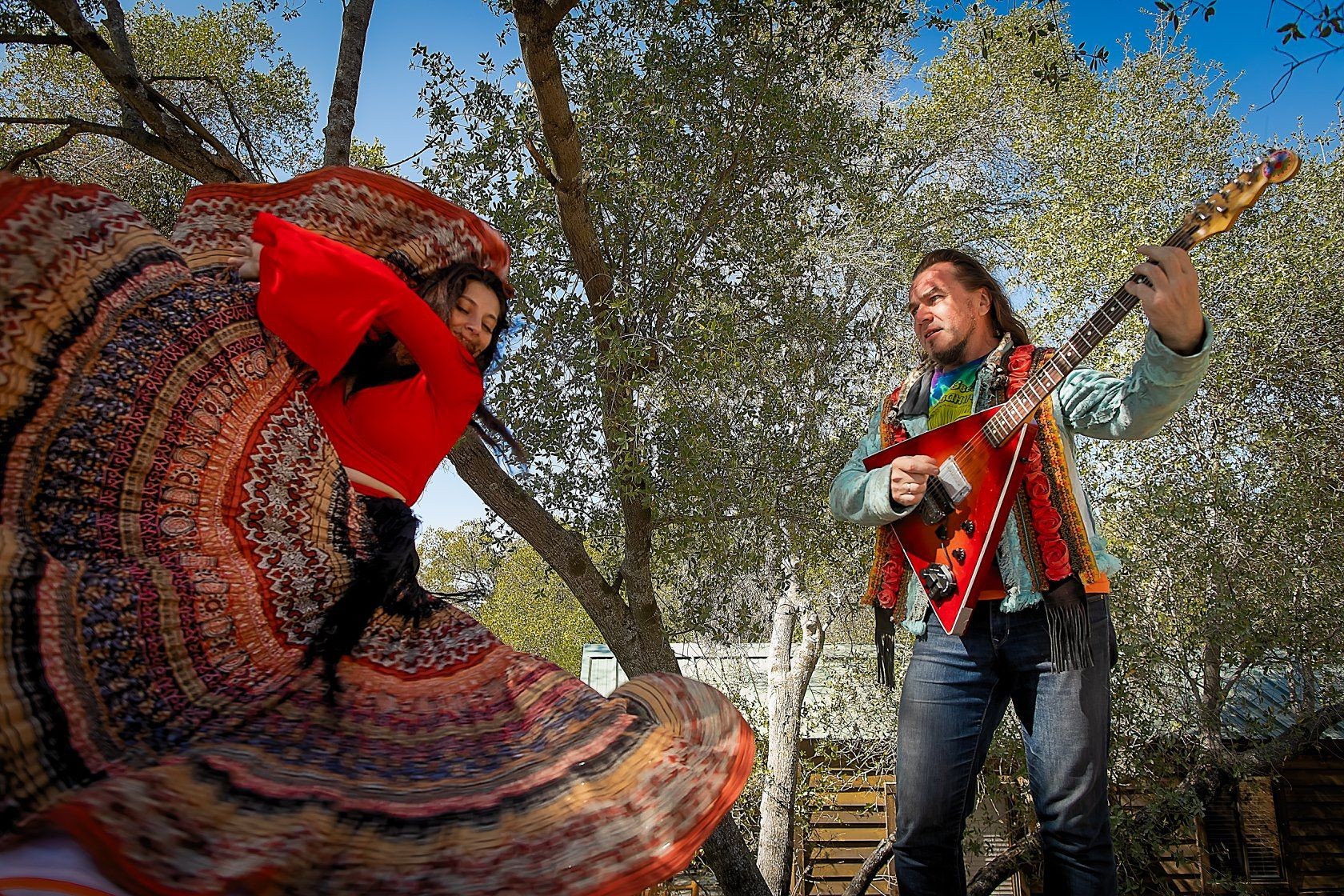 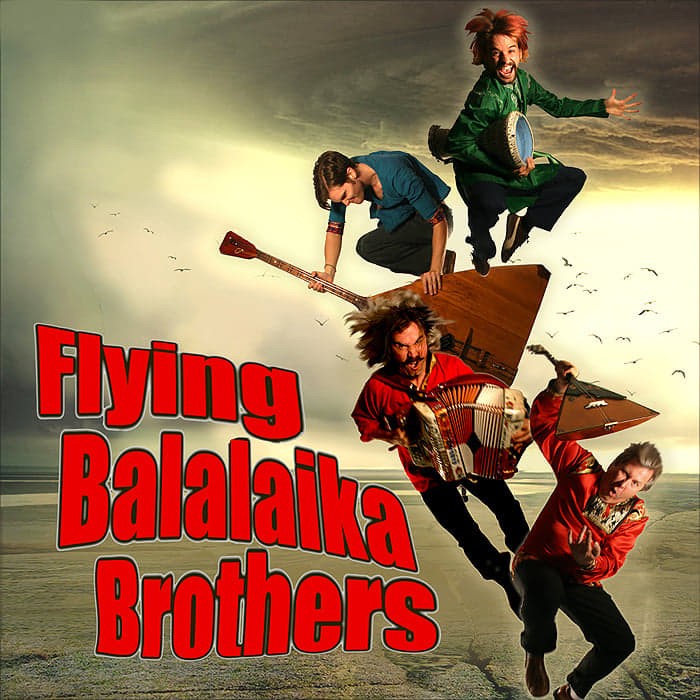 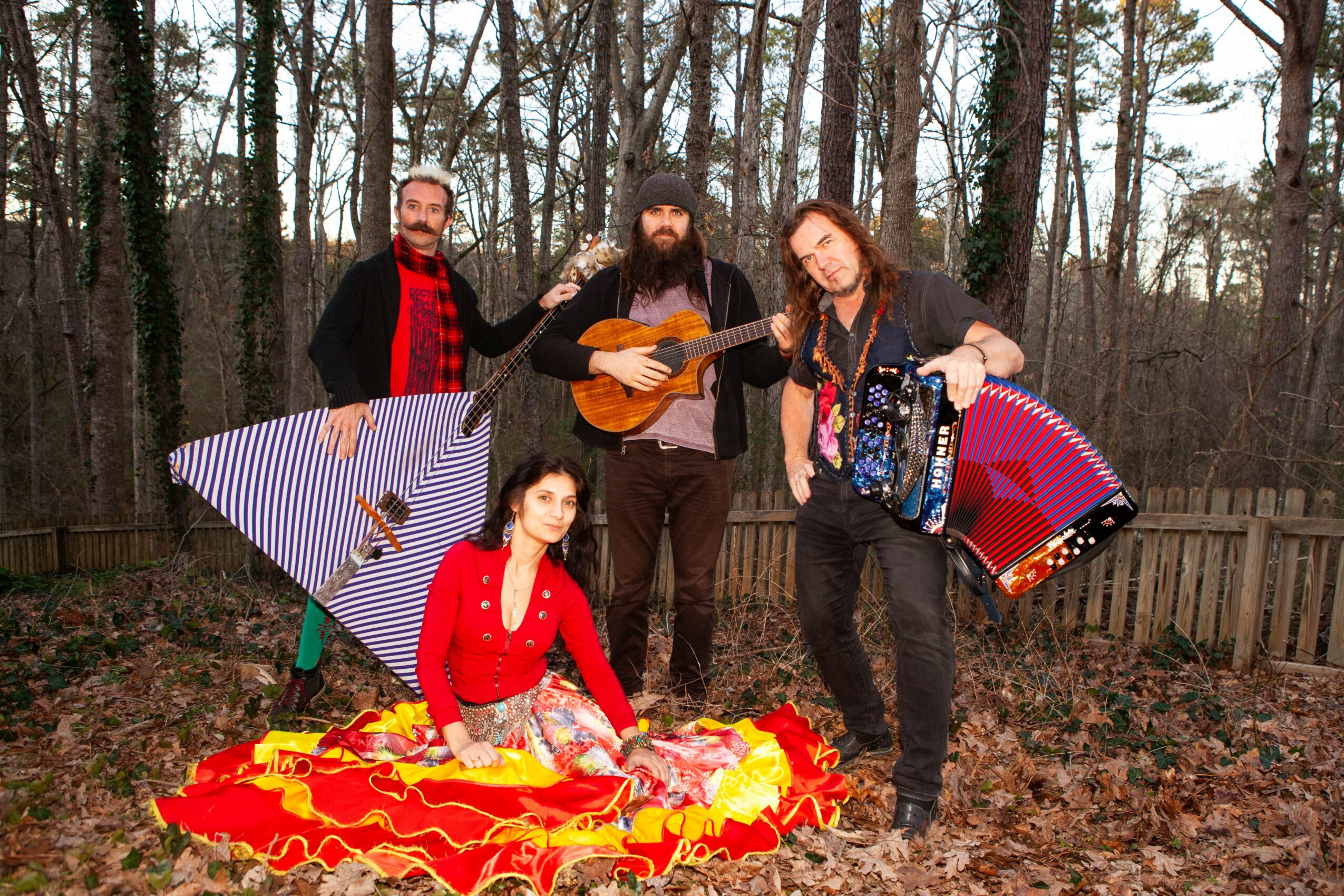 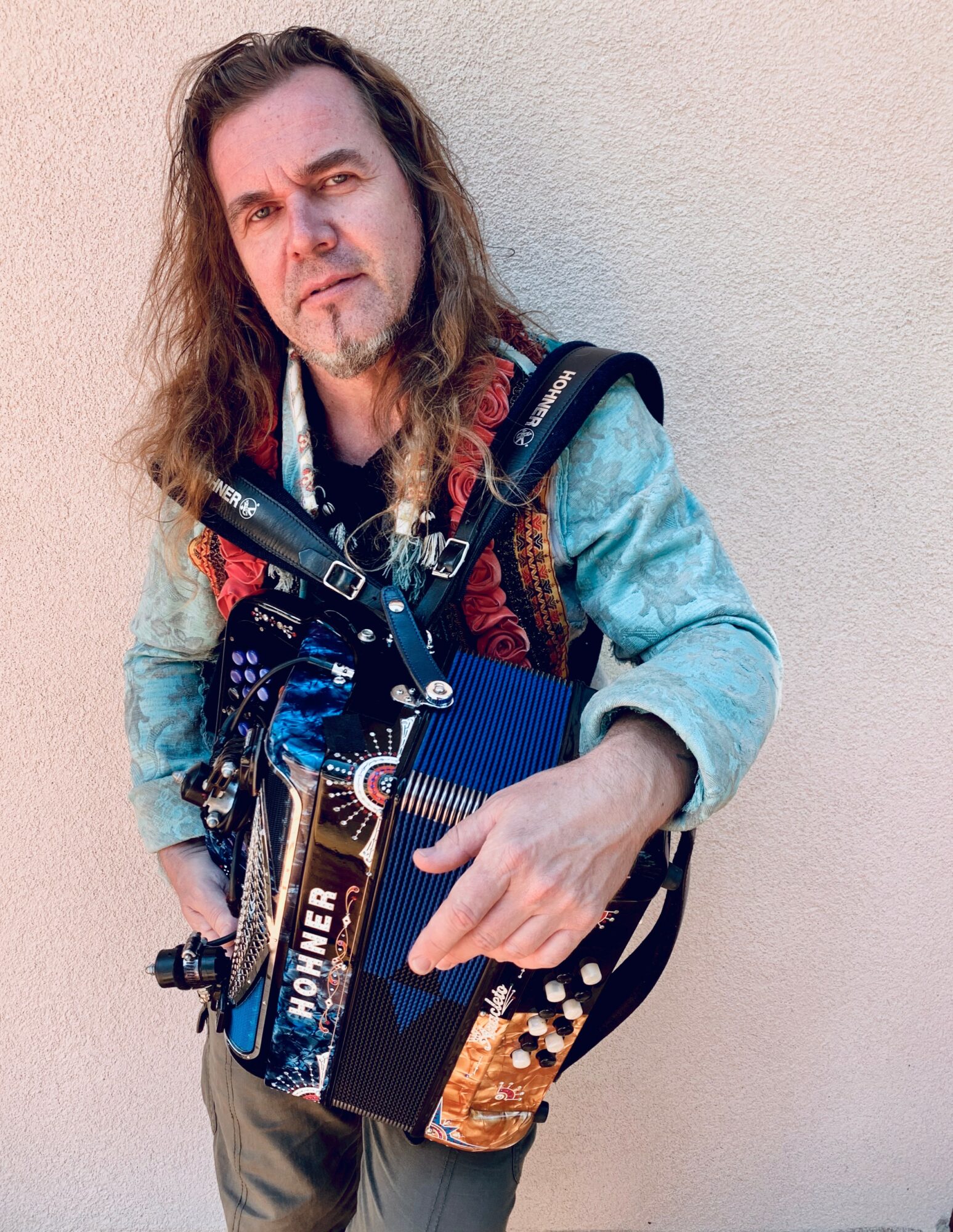